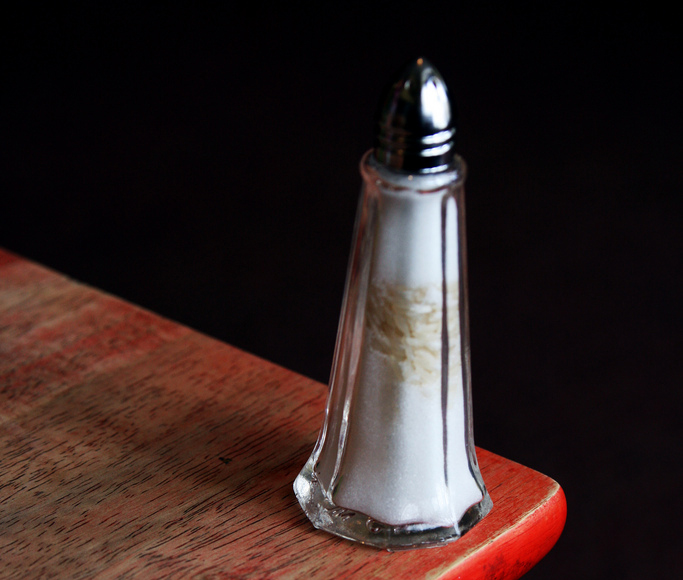 Jesus said to his disciples: “You are the salt of the earth. But if salt loses its taste, with what can it be seasoned? It is no longer good for anything but to be thrown out and trampled underfoot. You are the light of the world. A city set on a mountain cannot be hidden.
Nor do they light a lamp and then put it under a bushel basket; it is set on a lampstand, where it gives light to all in the house. Just so, your light must shine before others, that they may see your good deeds and glorify your heavenly Father.”

In today's Gospel, by saying, "You are the salt of the earth," Jesus signified all human nature to have "lost its savor," and to be decayed by our sins. For this reason He requires of the Apostles to have such virtues for supervising the community of the faithful. For the meek, and yielding, and merciful, and righteous, should not hide his good deeds for himself only, but that these good fountains should overflow for the benefit of others. He who is pure in heart, and a peacemaker, and is persecuted for the truth's sake; he again orders his way of life for the common good. It is as though Jesus said, "Do not think that you are drawn on to ordinary conflicts, or responsible for some trivial matter." "You are the salt of the earth."

And like salt, did the Apostles act like a preservative and restore the decayed? By no means; for it is impossible to do any good to that which is already spoilt by sprinkling it with salt. But instead, the things that had been restored, committed to their charge, and freed from that ill savor of sin, these they then salted, maintaining and preserving them in that freshness, which they had received of the Lord. For that men should be set free from the rottenness of their sins was the good work of Christ; but that men do not return to that way of life was the object of Apostles' diligence and hard work.

It is as if Jesus continued, "Do not be surprised if leaving all others, I speak to you, and draw you on to such great dangers. For consider over how many cities, tribes, and nations, I am to send you to preside. While I would not only have you be prudent yourselves, but that you should also make others the same. And such persons have great need to be intelligent, in whom the salvation of the rest is at stake: they ought to have so much virtue, as to pass on to others also. For if you do not become such as this, it would not be enough even for your own selves to be saved."