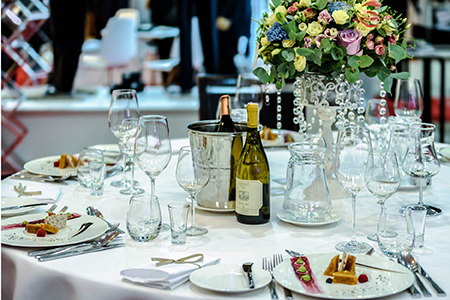 When comes to traditions and customs, there are quite a few similarities in both the Jewish and the Chinese culture. One of them is the importance of “honour” (in Chinese “give/have face”) and another one is reciprocity. Jesus' parable and His teachings in today's Gospel Reading are not only odd to His audience but also very counter-cultural.

Jesus' injunction on choosing the lower place in a banquet is not about proper behaviour according to the norm. Jesus is speaking about the right attitude demanded by the kingdom of God, that is, the humble will be exalted while the proud will be humbled. Self-worth does not depend on others' evaluation and true honour does not come from self or others but from God, who knows the thoughts of the human heart. God will bestow the proper honour to those who deserve it.

Likewise, Jesus' advice to His host to invite those who are unable to return the invitation is shocking. Generally, the best way to return a favour is to pay back with the same favour; so a guest is expected to play host in return at an opportune time. This reciprocity is first, as politeness and second, that nothing is owed to both parties. But Jesus is telling His audience, especially His followers, not to associate with their friends or the wealthy only. Charity will bring a blessedness on its own, for God will repay the host in lieu of the poor and the weak whose side He has taken. This repayment will far outstrip what the host has paid (rf Mt 5:3-12).

Perhaps as Christians, we should remind ourselves that we have been invited by God first, and we know that we can never repay Him. However, we can invite others with the same invitation that God has extended to us and in doing so, we give honour and gratitude to the one who first initiates the invitation, the invitation to an eternal banquet!