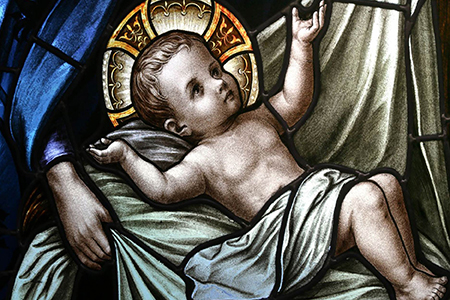 Historically, the celebration of the Epiphany of God, or the “Epiphania” which means “revelation”, is associated with several “revelations” of Christ, including the Magi, his baptism in the Jordan, and Cana where he worked the first of his signs (cf. Foundations in Faith, Year C, p.32). On this Sunday, the mystery of Christmas continues to unfold in the revelation of the universality of God’s saving love that shines in the splendor of the City of God – the New Jerusalem.

The first reading is chosen from Isaiah 60. Biblical scholarship in general attributes chapters 55-66 of Isaiah not to prophet Isaiah himself, who lived and wrote in the 8th century B.C., but to an author academically known as “Trito Isaiah” or “the third Isaiah”, the great prophet’s disciple or disciples who wrote many years after him on the restoration of Jerusalem and the rebuilding of the temple (cf. Come and See Catholic Bible Study – Isaiah, p.1). Inspired by the Holy Spirit, the author expresses his exuberance of returning to Jerusalem after the exile in such a way that his oracle is essentially a prophetic proclamation of the future glory of the New Jerusalem.

In the far distant reality of Trito Isaiah’s vision, what he sees is not so much the devastation and ruin of the post-exilic Jerusalem, but a City where “nations shall walk by your light and kings by your shining radiance” and “the wealth of nations shall be brought to you”, including “gold and frankincense” (Is 60:3, 5-6). The New Jerusalem is a glorious City where God reigns supreme over all nations. It’s the Kingdom of Christ that has already begun to take hold in the Catholic Church here on earth (LG 5).

Inspired by the same Holy Spirit, Matthew sees the fulfillment of Trito-Isaiah’s vision in the birth of Jesus, the Messiah. According to prophet Micah, the Messiah’s birthplace is Bethlehem of Judea: “And you, Bethlehem, land of Judah, are by no means least among the rulers of Judah; since from you shall come a ruler, who is to shepherd my people Israel” (Mt 2:6-7; Micah 5:1,3). There, in Bethlehem, in the poverty and lowliness of a manger, the Magi, probably astrologers from Persia, pay homage to the newborn King. What they give him - you guessed it! – are “gifts of gold, frankincense, and myrrh”, fulfilling to the Trito Isaiah’s vision (cf. Ignatius Catholic Study Bible – New Testament on Mt. 2:1; Mt. 2:11). As Jesus proclaims in the beginning of his public ministry: “The Kingdom of God is at hand” (Mark 1:15). The newborn King is here to establish his Kingdom – the New Jerusalem.

Is it possible that Matthew’s infancy narrative was fabricated? Maybe the Magi were not real people? Maybe Matthew created the Magi story to make Trito Isaiah’s vision look good and that it was somehow fulfilled? My secondary school history teacher used to caution his students not to dispute historical accounts on mere suspicion because that was the conspiracy theorists’ way of studying history.

Make no mistake, the stakes are high whether historicity forms the backbone of Matthew’s infancy account, i.e., whether it contains real and accurate historical contents. To think that it’s not real historically is to accuse Matthew of intentionally trying to deceive his readers. In other words, the evangelist is being written off as just a liar. Significant implication indeed! Another implication, which is equally significant, if not more, is that Matthew’s infancy account, being just a fabricated story, cannot be understood as a miraculous fulfillment of Trito Isaiah’s vision in Isaiah 60. Nor can it be seen as the fulfillment of other related Old Testament prophecies such as Micah 5:1,3; Isaiah 11:1, etc. as Matthew has claimed.

Now that we understand the significance of this issue, we can appreciate why the Pontifical Biblical Commission was asked to study it carefully during the pontificate of Pope Leo XIII. The result? 100% affirmative (cf. Ignatius Catholic Study Bible – New Testament, p.10). Matthew’s infancy account, the Church assures us, is real history.

Let us conclude by citing Pope Benedict XVI’s position on this very important issue, which in my view is very convincing and enlightening: “The two chapters of Matthew’s Gospel devoted to the infancy narratives are not a meditation presented under the guise of stories, but the converse: Matthew is recounting real history, theologically thought through and interpreted” (Jesus of Nazareth - The Infancy Narratives, p.119).