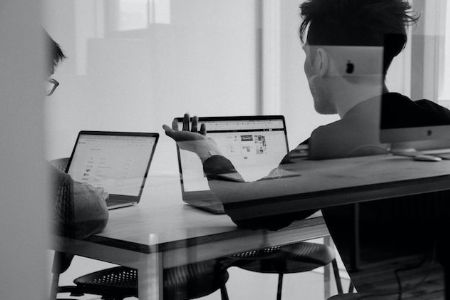 (Vatican News) At his weekly Wednesday General Audience, Pope Francis dedicates his catechesis to his recent Apostolic Journey to Bahrain, calling it a visit of dialogue and fraternity in a world afflicted by division and conflict.

Pope Francis dedicated his weekly General Audience in the Vatican to his recently-concluded Apostolic Journey to the Middle Eastern Gulf nation of Bahrain, marking his 39th Apostolic Visit abroad, second to the region, and 58th country visited since the start of his pontificate.

To the crowds in St. Peter's Square and those following from afar, the Pope expressed gratitude for the visit's peace-producing fruits, especially in this world torn apart by conflict and war, especially the war in Ukraine.

The Pope remembered that his travel there was for The Bahrain Forum for Dialogue, "which brought together religious leaders in the service of peace."

"It comes spontaneous to ask why the Pope wanted to visit this small country with such a large Islamic majority?" the Pope asked, responding, "I would like to respond through three words: dialogue, encounter and journey."

Dialogue, 'the oxygen of peace'

“Dialogue is in fact “the oxygen of peace”, opening minds and hearts to encounter and breaking down the walls of violence and division.”
The Pope said to not forget this, and the dialogue "is the oxygen of peace," even in domestic life, especially within families.
He went on to underscore how these times of war, necessitate even greater efforts to promote peace.

In our world rocked by war, the Pope said religious and civil leaders, and all people of goodwill, are challenged to look beyond narrow interests and to pursue unity and peace.

"How much we need this!" he said, noting, "I have in mind the insanity of war of which battered Ukraine is a victim, and of many other conflicts, that will never be resolved through the infantile logic of artillery, but only with the gentle power of dialogue."

Remembering various wars across the globe, including Ukraine, Myanmar, Syria, and Yemen, the Pope decried, "War destroys humanity. It destroys everything."

The Holy Father suggested that his visit to the predominantly Muslim nation was another step in the journey of dialogue, encounter and fraternal cooperation between Christians and Muslims, following several other Journeys on similar themes, such as the United Arab Emirates in 2019 and Kazakhstan in September.

The Pope said there cannot be dialogue, without the second word of "encounter."

He warned that without it, "dialogue remains empty," and "remains on the level of an idea rather than reality."

He recalled his encounters with the Grand Imam of Al-Azhar, and with the young people at Sacred Heart School. He praised the young people who, he said, "gave us a huge example, Christians and Muslims studying together."

"Young people, boys and girls, children," he underscored, "need to get to know each other so that fraternal encounter might prevent ideological divisions."

Lastly, the Pope focused on the third word of "Journey."

The first visit of a Pope to Bahrain, the Pope reflected, represents a new step on the journey between Christian and Muslim believers.

He said it was "not to confuse things or water down the faith, but to create fraternal alliances in the name of our Father Abraham, who was a pilgrim on earth under the merciful gaze of the one God of Heaven, the God of peace."

This, he said, is why the motto of the journey was: “Peace on earth to people of goodwill”

The Pope also expressed his delight to celebrate Mass for the Catholic community of Bahrain and the greater Gulf region, which saw the participation of some 30,000 people, registered from more than 100 countries, and remembered with joy joining Christian leaders in a choral prayer for peace.

Pope Francis encouraged all faithful to expand their horizons by getting more acquainted with one another.

“For everyone is needed for the journey of fraternity and peace to progress. May Our Lady help us in this.”

Source: Pope at Audience: Bahrain, a Journey of dialogue and peace