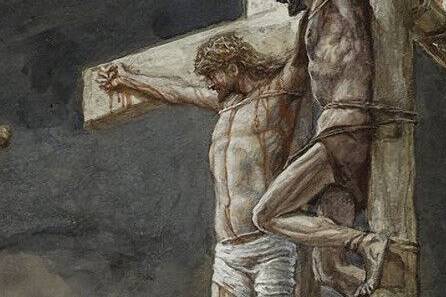 (Vatican News) At the General Audience on Wednesday, Pope Francis concludes a long series of catechetical lessons on “prayer,” focusing on the priestly prayer of Jesus.

As he concluded his catechetical cycle on prayer – which began over a year ago, in May 2020 – Pope Francis said “the most beautiful thing to remember” is “the grace that we do not only pray, but that, so to speak, we have been ‘prayed for,’ we have already been received in Jesus’s dialogue with the Father, in communion with the Holy Spirit.”

Prayer, the Pope said, “is one of the most evident features in Jesus’ life… because the dialogue with the Father was the incandescent core of His whole existence.”

Jesus “was not a philanthropist who took care of human suffering and illness: He was and is much more,” the Pope said. Jesus offers us “total salvation, messianic salvation, that gives hope in the definitive victory of life over death.”

And so, Pope Francis added, “in the last days of His final Passover, we find Jesus fully emersed in prayer": In the agony in the Garden of Gethsemane, where He confidently addressed God as 'Abba,' Father, a word expressing intimacy and trust; and on the Cross, “obscurely shrouded in the silence of God,” where once again He calls on God the Father.

Cross fulfills Father's gift
On the Cross, said Pope Francis, “the gift of the Father is accomplished — who offers love. That is, our salvation is accomplished." When Jesus cried out to God on the Cross, saying, "Father, into your hands I commend my spirit," the Pope explained, He offered "everything. Everything is prayer, in the three hours of the Cross."

We are never alone
Pope Francis said we must "keep this in our heart, we must never forget" that Jesus prayed for each of us personally. "We were willed by Jesu Christ, and even in the our of His Passion, Death, and Resurrection, everything was offered for us."

So, the Pope concluded, "with prayer and with life, all that is left for us is to have courage, hope, and with this courage and hope to experience strongly the prayer of Jesus and go forward: so that our life might give glory to God in the awareness that He prays for me to the Father, that Jesus prays for me."

Source: Pope at Audience: On the Cross, Jesus prayed for each of us