Pope Francis: Asking Him to help us know His deepest desire, that God himself has placed in our heart 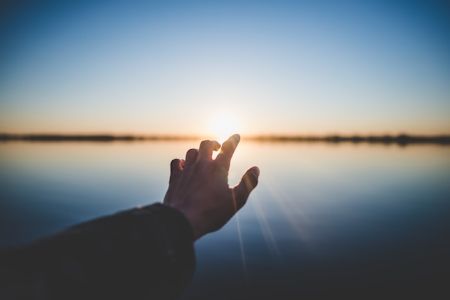 (Vatican News) Pope Francis dedicates his catechesis on discernment to the weekly General Audience to the theme of desire, and encourages the faithful to ask the Lord to help us know His desire for our lives.

During his Catechesis at the Wednesday General Audience, Pope Francis continued reflecting on discernment, focusing on its indispensable “ingredient”: desire.
He said that “discernment is a form of searching, and searching, always stems from something we lack, but somehow know.”
Desire
Explaining further about this knowledge of something we lack, but somehow know, Pope Francis noted that spiritual teachers refer to it as “'desire' - a nostalgia for fullness that never finds full fulfilment, and is the sign of God’s presence in us.”
He said that the Italian word desiderio, comes from the Latin term de-sidus which means “the lack of the star,” of the reference point, which orients our path of life.
“It evokes a suffering, a lack, and at the same time a tension to reach the good that is missing,” the Pope said, and hence, desire is the “compass to understand where I am and where I am going.”
Desire, the Pope continued, is “not the craving of the moment.”
“A sincere desire knows how to touch deeply the chords of our being, which is why it is not extinguished in the face of difficulties or setbacks.”
Illustrating further, the Pope referred to instances when we are thirsty, noting that if we do not find something to drink, we do not give up. On the contrary, our yearning for water increasingly occupies our thoughts and actions, until we become willing to make any sacrifice in order to quench our thirst.
“Obstacles and failures do not stifle the desire; on the contrary, they make it even more alive in us,” the Pope said.
Desires last through time
“Unlike the desire or emotion of the moment," he said, "desire lasts through time, even a long time, and tends to materialize."
He gave the example of a young person who wants to be a doctor, and embarks on a course of study and work that occupies years of their life.
This choice, the Pope explained, means he will have to set limits, say “no” to other courses of study, avoid diversions and distractions, especially during the most intense times of study.
It is thus, “the desire to give his life a direction and reach that goal enables him to overcome these difficulties.”
“In effect, a value becomes beautiful and more easily achievable when it is attractive. As some have said, 'more important than being good is having the desire to become good.'”
Desires and miracles
The Pope then highlighted that Jesus, before performing a miracle, often questioned the person about his or her desire.
Recalling the example of the paralytic at the pool of Bethsaida whom Jesus asked: “Do you want to be well?” (Jn 5:6), Pope Francis noted that the paralytic’s answer reveals a series of strange resistances to healing, which do not relate only to him.
In fact, Jesus’ question was an invitation to bring clarity to his heart, to welcome a possible leap forward, to no longer think of himself and his life "as a paralytic," transported by others; however, the man does not seem to be convinced.
Here the Pope noted that “by engaging in dialoguing with the Lord, we learn to understand what we really want from life.”
Desire separates lasting projects from wishful thinking
“Often it is indeed desire that makes the difference between a successful, coherent and lasting project, and the thousands of wishes and good intentions with which, as they say, 'hell is paved with,'" the Pope said.
Particularly in this era which seems to promote the maximum freedom of choice, but at the same time reduces desire to the “desire of the moment,” the Pope suggested, we are bombarded by a thousand proposals, projects and possibilities, “which risk distracting us and not permitting us to calmly evaluate what we really want.”
In this regard, he noted that many people suffer because “they do not know what they want from their lives,” and because “they have probably never got in touch with their deepest desire.” Thus, they risk “passing one’s existence between attempts and expedients of various kinds, never getting anywhere, and wasting precious opportunities. And so certain changes, though desired in theory, when the opportunity arises, are never implemented.”
The desire to know God’s desire
Pope Francis concluded by asking what would be our answer if the Lord were to ask us, like the blind man in Jericho, “what do you want me to do for you?”
He recommended that we answer by asking Him “to help us know His deepest desire, that God himself has placed in our heart. And to give us the strength to make it materialize.”
“This is an immense grace, the basis of all the others: to allow the Lord, as in the Gospel, to work miracles for us. Because He too has a great desire for us: to make us share in His fullness of life.”

Source: Pope at Audience: Desire is the compass to discern our direction