Pope Francis: The gift of memory that the ‘elders’ of the Church pass on “from hand to hand” to the generation that follows 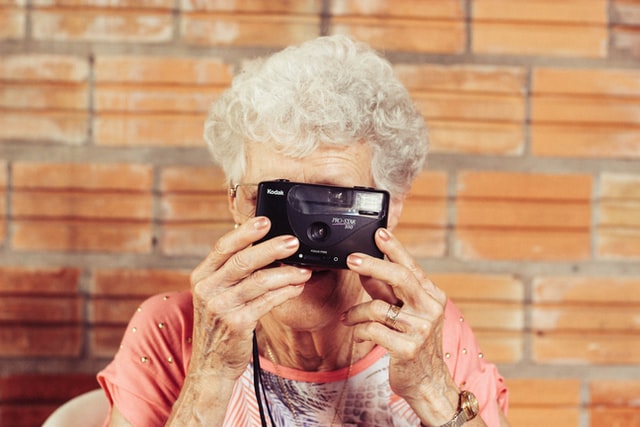 (Vatican News) Continuing his catechesis at the Wednesday General Audience on the meaning and value of old age, Pope Francis turns his attention to the special vocation of the elderly to hand on to new generations their personal experience of the Church’s faith.

In his continuing catechesis on the meaning and value of old age, Pope Francis took inspiration from the Bible’s account of the death of the elderly Moses.

During the General Audience on Wednesday from the Paul VI Hall, the Pope told those present that, at the end of the exodus, the aged Moses hands down in a magnificent song his own long experience of faith in the Lord who remains ever faithful to his promises.

He explained that the “Song of Moses” is also “the memory of the history lived with God, of the adventures of the people formed from faith in the God of Abraham, Isaac and Jacob.”

“Moses also remembers the bitterness and disappointments of God Himself: His faithfulness continually put to the test by the infidelities of His people,” said the Pope.

He noted that even at one hundred and twenty years old, Moses possessed a clarity which enabled him “to pass on the legacy of his long experience of life and faith."

Nowadays, commented Pope Francis, the Church’s efforts to evangelize, and transmit the faith takes place with the aid of books, films and other resources. Yet, he added, nothing can replace the direct person-to-person storytelling of a life-long experience of closeness to God in faith.

“An older person, one who has lived a long time, and receives the gift of a lucid and passionate testimony of his history, is an irreplaceable blessing.”

In a personal testimony, Pope Francis recalled learning about his abhorrence and anger at war from his grandfather, who fought on the Piave in 1914.

“He passed on this anger to me,” recalled the Pope, “because he told me about the suffering of a war. And you don't learn that in books or in other ways... you learn it this way, passing it on from grandparents to grandchildren.”

He went on to say that “today, unfortunately, this is not the case and we think that grandparents are discarded material: no! No! They are the living memory of a people, and young people and children need to hear from their grandparents.”

Wisdom of the elderly

“In our culture, which is so ‘politically correct,’ he noted, “this path seems to be hindered in many ways.”

Therefore, the Pope added, we greatly need the wisdom and experience of the elderly to help new generations know the Church from the inside, to live lives of fidelity to God’s word, to persevere in hope amid trials, and to show compassionate love for all our brothers and sisters.

Look to the Gospels

Pope Francis lamented that what is often lacking today, “is a knowledge of the Church that comes from listening to and witnessing the real history of the faith and the life of the Church community, from the beginning to the present day.

“As children we learn the Word of God in catechism classes; but as young people we ‘learn’ the Church in classrooms and in the global information media,” he said

Looking to the Gospels, the Pope described how they “honestly tell the blessed story of Jesus without hiding the mistakes, misunderstandings, and even betrayals of the disciples.”

“This is the gift of memory that the ‘elders’ of the Church pass on, right from the beginning, passing it on “from hand to hand” to the generation that follows.”

In conclusion, the Pope said, “the narration of the history of faith should be like the Canticle of Moses, like the testimony of the Gospels and the Acts of the Apostles.”

In other words, he continued, “a story capable of recalling God’s blessings with emotion and our failings with sincerity.

Finally, Pope Francis encouraged the faithful to value the precious vocation that is the elderly as we cherish the gifts of the past and look forward to the fulfilment of God’s promises in the coming of his Kingdom.

Source: Pope at Audience: Elderly are irreplaceable in passing on the faith