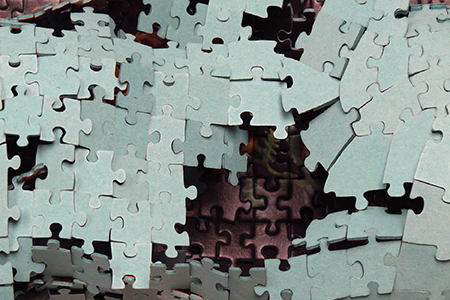 Emma Donoghue’s renowned novel, Room, tells the story of a five-year-old boy, Jack, who spends his life since birth in a small room. His mother is his only companion and the room is his entire world. He has no concept of the world beyond the four walls of the room. His mother heroically creates a livable world for the boy under the most horrific circumstances - they are the captives and victims of an extremely violent and deranged person. Jack doesn’t know that. Jack believes in the world created by his mother. However, Jack’s mother wants him to have hope by reminding him that there is life beyond their meagre existence bound by the four walls of the room. One day, Jack escapes and into the world he ventures. We can only imagine the shock when he realizes that he has only been living a poor facsimile of life that is devoid of freedom and light! In a way, this story invites readers to reflect on their own life - we just don’t know what we don’t know. What if we, like Jack, and the inhabitants of “the land of Zebulun and the land of Naphtali”, “the seaward road, the land west of the Jordans, the District of the Gentiles” described in Isaiah chapter 8, have been living in “a land of gloom”, walking “in darkness” all our lives without even recognizing it (Is 8:23, 9:1)?

To the people living under the Assyrian yoke since the invasion in 734 B.C., Isaiah speaks of a “great light” that will disperse all darkness and to the people, it will bring “abundant joy and great rejoicing” (Is 9:2). He paints a picture of absolute exuberance and euphoria. Everyone will be “rejoicing … as … at harvest”, “as they exult when dividing the spoils”; their yoke removed and the rod of their taskmaster “smashed” (Is 9:2-3). One can imagine how this talk of liberation and rejoicing may sound to Isaiah's audiences. Could this even be possible? After all, living under the Assyrian yoke has been the people’s only perceivable reality. Reading this passage within the four walls of our own home, this, too, is the challenge to all of us today. Do we allow ourselves to imagine a brighter and better world “outside of the box” where anything is possible and God’s love is everything?

In the Gospel reading, Matthew picks up where Isaiah has left off. While Isaiah foresees a latter time when God will restore hope to Galilee, Matthew connects this with Jesus’ residence in Capernaum, a town north of the Sea of Galilee where the tribal territories of Zebulun and Naphtali intersect (ref. Ignatius Catholic Study Bible 13). Jesus is the promised David, the King who will restore the light of hope, not just for the Israelites, but everyone who walks in darkness. Matthew clearly identifies Jesus as the light, the fulfilment of Isaiah’s prophecy. Jesus’ Galilean ministry began with a call for repentance because that’s the only way for the Israelites, and each one of us, to break free of the box of their/our own making! He wants people to see that it’s possible to reimagine their lives. Jesus is telling people to think outside of the box; there is more to life than just the daily grind! When Jesus calls the two fishermen, Simon (who is called Peter) and Andrew to “come after [Him]” and be “fishers of men”, the brothers’ eyes are opened to new possibilities; that they can be part of something greater.

Indeed, we don’t know what we don’t know. This week, let us pray in earnest for sight to recognize the light of hope, for an open heart and mind to welcome greater possibilities, courage to break down walls, and “be united in the same mind and in the same purpose” with each other, together come after Christ (1 Cor 1:10)!