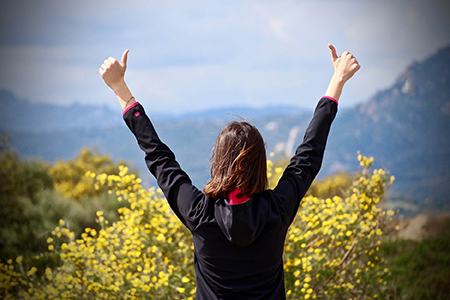 This week’s gospel reading from Luke offers a poignant reflection of contemporary culture in which fame is mistaken for truth, wealth for power, and pride for confidence. Jesus only needs a few words to knock down those “who were convinced of their own righteousness and despised everyone else” (Lk 18:9). His words, though light as feathers, have the strength of the sharpest sword that pierces one’s heart, “so that the inner thoughts of many will be revealed” (Lk 2:35).

Jesus’ parable begins nonchalantly, setting a scene of great familiarity to His audiences: two people show up in the temple area to pray. What’s so intriguing is the dichotomy between the two: a Pharisee and a tax collector. The former sits at the top of the social echelon while the latter is at the bottom. One is esteemed while the other is despised. The Pharisee prides himself in being different from “the rest of humanity”; following all the rules and fulfilling his duties (Lk 18:11). Unfortunately, he is exactly just that, a slave to rules. He foolishly holds himself up as a role-model among his peers because he believes that his diligence in fasting and making regular donations is sufficient. St. Paul would have some choice words for this Pharisee: “If I speak in the tongues of mortals and of angels, but do not have love, I am a noisy gong or a clanging cymbal … and if I have all faith, so as to remove mountains, but do not have love, I am nothing … and if I hand over my body so that I may boast, but do not have love, I gain nothing” (1Cor 13:1-3). The Pharisee’s complete lack of love is revealed through his spiteful opinion of his fellow men and women, especially the tax collector, that they are “greedy, dishonest, adulterous” (Lk 18:11). His arrogance has completely blinded him from recognizing who he really is; a mere human with many limitations who is in need of God’s grace as much as the next person. His alleged fame among his peers prevents him from understanding the truth; his tremendous wealth (he lets his peers know that he pays tithes on his entire income) becomes his golden shackles, and his confidence in his own righteousness forbids him to recognize his pride. Contrarily, the tax collector knows that he is a sinner and is in dire need of God’s grace and mercy. He prays with great humility, “O God, be merciful to me a sinner” (Lk 18:13). Whose prayer will God accept? “Whoever exalts himself will be humbled, and the one who humbles himself will be exalted” (Lk 18:14).

The parable exposes a hidden disease in our contemporary culture that favours fame and wealth over truth and love, while the poor and the unpopular are ridiculed. One’s success is often measured by the number of followers and “likes” on social media; in fact, the more “likes” and followers one has, the bigger is one’s bragging right. Humility tends to be sidelined by ambitions, opportunities, and the lure of admiration from an adoring crowd. The Pharisee in this story thinks so; and so do the self-proclaimed “righteous” people to whom the parable is addressed. Indeed, this parable also addresses each one of us, challenging us to examine our hearts and minds with naked honesty.

Lord Jesus, when I’m tempted to boast of my own success, show me the wounds on your hands and feet; then I shall know that I have nothing to be proud of, except for your sacrifice and love. When I lose my way and can no longer recognize who I am, show me your heart where I shall see myself as you see me. When I’m tempted to turn my back against the poor, the lonely, and the sick, show me your hands of a carpenter that are strong but gentle, then I, too, shall have the strength to open mine to those in need. Amen.