Dear friends, in which of the crowds do we see ourselves? 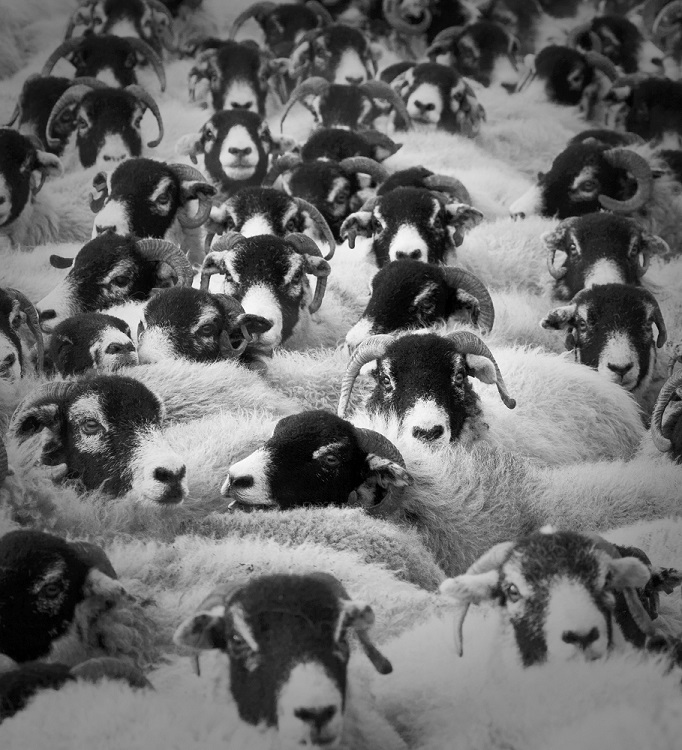 As this Sunday marks the beginning of the Holy Week,let us reflect on the different crowds that our Lord met during these last days of His earthly life. Following today’s readings, let us start from His triumphal entrance into Jerusalem.

The first crowd that met Jesus was those that came to Jerusalem to celebrate the annual feast of Passover*. They must have heard about Jesus of Nazareth, the teacher and the miracle worker.Caught up with the disciples’ fervor in their messianic expectation of Jesus, but being spiritually volatile, they were easily affected by the mood of the moment. Though they may not be directly involved in Jesus’ crucifixion*, their disappointment in Him was reflected in their indifference to His trial and death.

The next crowd that Jesus met was those who brought with them swords and clubs. They came to arrest Him. We do not clearly know who they were except they were “from the chief priests, the scribes and the elders” (in John’s gospel, they were soldiers and temple police), but we can be certain that they were on the side of Jesus’ opponents. We can associate this crowd with those who shouted before Pilate for the release of Barabbas and demanded the crucifixion of Jesus. Like the first crowd, they were easily swayed (rf Mk 15:11; Mt 27:20) by outside forces. But unlike them, instead of being apathetic, they rejected Him.

The third crowd that Jesus encountered was those in the streets of Jerusalem when He carried His cross to Calvary. Besides Jesus’ rivals, most of them were onlookers who did not knowJesus or what was happening. They were too occupied with their own affairs like preparing for the Passover. But among this crowd, we can find Simon of Cyrene who took Jesus’ load, Veronica who wiped His face (from tradition) and women who, following Jesus, “mourned and lamented Him”(Lk 23:27). They took pity of Him out of their kind sentiments.

The last crowd was those that were present at Jesus’ cross. Apart from those bystanders, soldiers and Jesus’ adversaries, there were also Mary (Jesus’ mother), Mary Magdalene, Apostle John, Joseph of Arimathea, the centurion and those women who had followed Jesus from Galilee and had provided for Him.

Dear friends, in which of the crowds do we see ourselves?

Are we like the people in the first crowd who lost interest in God when in their view He did not live up to their expectations? Is our faith a mere emotion, an enthusiasm that only excites us temporarily? Worse still, can it be that due to ignorance, misunderstanding or self interest, we reject God as those in the second crowd? How about in the third crowd? Are we too preoccupied with our own affairs? Except for Simon and Veronica, who at least gave some help and comfort to the Lord, are we among those onlookers who did not care about the Truth? Or are we like those weeping women? Does our love for God only come from our sympathy but not the conversion of the heart? Are we in the last crowd? Are we courageous enough like the centurion who professed Jesus as the Son of God? Or like Joseph of Arimathea, bold enough to ask Pilate for the body of Jesus? Or do we dare to follow Jesus all the way like those women and stood there as His witnesses? Can we follow the examples of Mary Magdalene and Apostle John who remained close to Jesus to the end? And lastly, can we imitate Mary who silently embraced all the pain, humiliation and hatred yet completely trusted God?

Dear friends, in which of the crowds do we see ourselves? Today, Jesus is still making His way to Calvary and is ready to die again for us. Let’s choose wisely which crowd we want to belong and leave our own footprints on the world stage of history, the way the people in the above crowds left theirs.