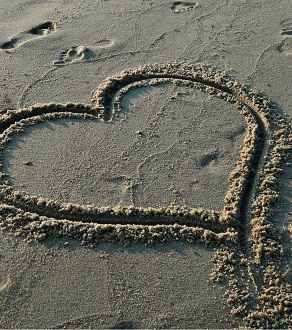 1Kings 17:10 - 16
In those days, Elijah the prophet went to Zarephath. As he arrived at the entrance of the city, a widow was gathering sticks there; he called out to her, "Please bring me a small cupful of water to drink." She left to get it, and he called out after her, "Please bring along a bit of bread." She answered, "As the LORD, your God, lives, I have nothing baked; there is only a handful of flour in my jar and a little oil in my jug. Just now I was collecting a couple of sticks, to go in and prepare something for myself and my son; when we have eaten it, we shall die." Elijah said to her, "Do not be afraid. Go and do as you propose. But first make me a little cake and bring it to me. Then you can prepare something for yourself and your son. For the LORD, the God of Israel, says, 'The jar of flour shall not go empty, nor the jug of oil run dry, until the day when the LORD sends rain upon the earth.'" She left and did as Elijah had said. She was able to eat for a year, and he and her son as well; the jar of flour did not go empty, nor the jug of oil run dry, as the LORD had foretold through Elijah.

Hebrews 9:24 - 28
Christ did not enter into a sanctuary made by hands, a copy of the true one, but heaven itself, that he might now appear before God on our behalf. Not that he might offer himself repeatedly, as the high priest enters each year into the sanctuary with blood that is not his own; if that were so, he would have had to suffer repeatedly from the foundation of the world. But now once for all he has appeared at the end of the ages to take away sin by his sacrifice. Just as it is appointed that human beings die once, and after this the judgment, so also Christ, offered once to take away the sins of many, will appear a second time, not to take away sin but to bring salvation to those who eagerly await him.

In the patriarchal society of Jesus’ time, a widow was not only pitiful but also helpless for she not only lost her husband but at the same time, she also lost her sole source of livelihood. Being dependent on others, a widow was vulnerable, often neglected and “valueless” to the society. Yet today two widows are depicted---- --one in the Old Testament (First Reading) and the other in the New Testament (Gospel Reading)----as exemplars of generosity and faith. The former gave her last meal to God’s prophet while the latter gave all she had to God’s treasury.

We know that God’s way of seeing things is different from man, so too is His evaluation. “No creature is concealed from Him, but everything is naked and exposed to the eyes of Him to whom we must render an account” (Hebrew 4:13). A little cake and a penny are worth more in His eyes when being given in terms of sacrifice. They are worth much more when the deeds are done in faith. The widows were themselves in need of receiving charity, yet they were willing to give up their last means of self support for a stranger (Elijah) and for God (temple treasury). This is in fact the condition and the basic attitude of what Jesus was telling His disciples --- to place all trust in God’s hands, to be confident of His provisions and care. (Mt 10:10, Lk 9:3; 10:4; 12:22-31, Mk 6:8)

In the first story, the widow was repaid by God’s messenger that “the jar of meal was not emptied, neither did the jug of oil fail”. Her generosity to save Elijah from hunger had indeed saved herself and her son from starvation and even more so when later, her son was revived to life by the same man that she had saved (1 Kings 17:17-24). St Paul exhorted generous behavior which is grounded in God’s own overwhelming generosity. “The one who supplies seed to the sower and bread for food will supply and multiply your seed and increase the harvest of your righteousness” (2 Cor 9:10). Indeed generosity that was once shown will eventually come back to bless the giver.

We do not know what happened to the widow in the second story, but we can be certain that she would be provided for just as the widow of Zarephath. If giving up one’s meal for God’s man was rewarded in such an abundance, how much more abundant the reward would be when one gives up for God Himself! “She out of her poverty has put in everything she had, all she had to live on”-----a complete total self offering to God who probes the heart and knows the thought (cf Ps 139) and whose generosity would not be outdone.

God needs not our monetary offering but values a heart that is filled with gratitude and thanksgiving, a heart that gives generously and ungrudgingly, a heart that is humble and meek and most of all, a heart that truly loves Him. With such a heart, we can be as certain as the widows in today’s readings-----that our rewards would be plenteous for now and for eternity.