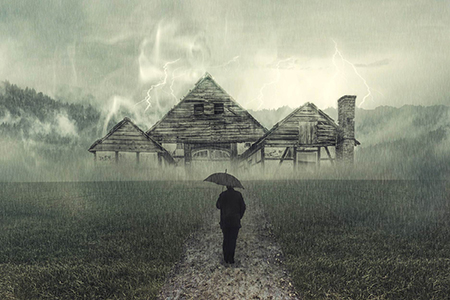 “Let the one among you who is without sin be the first to throw a stone at her” (Jn 8:7). In response to Jesus’ words, the Pharisees “went away one by one” (8:9). As they considered themselves sparkling clean in faith and morals, their departure, unsightly as it was, was not an admission of sins but a deference to the Roman law which didn’t allow the Jews to administer capital punishment (cf. Ignatius Catholic Study Bible, New Testament, Jn 8:7, 18:31).

In discussing this gospel account, people often focus on how wisely Jesus eludes the danger of the airtight trap that the Pharisees have set up against him. The logic of the plot goes like this: If, in response to their accusation of the woman’s adultery, Jesus rejects the stoning, he will be contradicting the Mosaic law. On the other hand, if he authorizes it, he will be violating the Roman law. In one simple reply, Jesus manages to extricate himself from this tangled web viciously weaved together by the Jews and cause their plot to backfire. The result is their unsightly departure one by one, demonstrating an admission of sins at least in optics if not in their hypocritical ideology.

In this reflection, we will focus more on the beautiful epilogue of the story. It concludes the theme of penance and reconciliation that has taken center stage for three consecutive Sundays of Lent in Year C of the lectionary, including the previous two (c.f. Foundations in Faith, 3rd and 4th Sundays of Lent, Year C). After a rather chaotic opening scene in which hate-filled and bloodthirsty people made fierce accusations against the adulterous woman and demanded public execution, the setting of the epilogue is one of peace and quietude. The clamoring crowd is gone. The adulterous woman finds herself alone, face to face with Jesus. Unlike the unforgiving and accusatory crowd, his tone is kind and understanding. Condemn her he does not. Instead, he sends her off with words that epitomize the true meaning of penance and reconciliation: “Go, and from now on do not sin anymore” (8:11).

This adulterous woman, my friend, is you; she is me. How often have we been accused and condemned? Maybe not by a clamoring crowd, and certainly not by the Pharisees, but most definitely by our own consciences. Yes, adultery might not exactly be our sins. But let’s not kid ourselves, who are we to say that some of our transgressions aren’t just as bad and deadly or maybe even worse? “If you, LORD, mark our sins, Lord, who can stand?” – the psalmist’s confession resonates loud and clear in the hearts of those who care to listen (Ps 130:3). In the peace and quietude of the confessional, we hear the same assuring and forgiving words of our Lord: “Go, and from now on do not sin anymore”.

The good news is that our sins - all those skeletons that we keep checking again and again to make sure they stay hidden in the darkness of our closets – are forgiven! It is not because we have done anything to deserve God’s clemency. As St. Paul says in the 2nd reading, to “gain Christ and be found in him”, to be worthy of God’s forgiveness that enables us to live in communion with him, is “not having any righteousness of my own based on the law but that which comes through faith in Christ” (Phil 3:9). It’s simply by God’s grace that we are saved. Amazing grace, indeed!

As we conclude this reflection, we must ask: What about all those unbelievable miracles that God promised to do in the first reading? “In the desert I make a way, in the wasteland, rivers” – where can we find them (Is 43:19)? As Isaiah has already explained in the same prophecy, God “put water in the desert and rivers in the wasteland for my chosen people to drink, the people whom I formed for myself, that they might announce my praise” (43:20-21). Anyone considered a member of “the people whom I formed for myself” – the Church – will be able to drink of this living water and live! The Holy Spirit is the “water” in the deserts of our hearts, the “rivers” in the wastelands of our souls. He is the water “flowing out from beneath the threshold of the temple” that became “a river that could not be crossed except by swimming” in Ezekiel’s vision (Eze 47:1, 5); the clean water that God will sprinkle “to cleanse you from all your impurities” (Eze 36:25).

It’s time indeed to announce God’s praise: “The Lord has done great things for us; we are filled with joy… Those that sow in tears shall reap rejoicing” (Ps 126:3, 5). We, the descendants of Adam and Eve, the ancient Church of God from time immemorial, are the people who sow in tears. We read of it clearly in the Old Testament books. But now is the time to reap rejoicing, for Christ, the Lord, is come!