Heaven Is Full of Cinderella Occupants 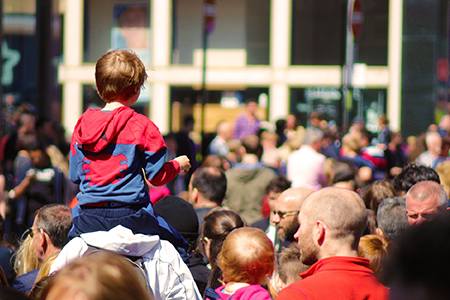 Ezekiel 17:22-24
Thus says the Lord GOD: I, too, will take from the crest of the cedar, from its topmost branches tear off a tender shoot, and plant it on a high and lofty mountain; on the mountain heights of Israel I will plant it. It shall put forth branches and bear fruit, and become a majestic cedar. Birds of every kind shall dwell beneath it, every winged thing in the shade of its boughs. And all the trees of the field shall know that I, the LORD, bring low the high tree, lift high the lowly tree, wither up the green tree, and make the withered tree bloom. As I, the LORD, have spoken, so will I do.

2 Corinthians 5:6-10
Brothers and sisters: We are always courageous, although we know that while we are at home in the body we are away from the Lord, for we walk by faith, not by sight. Yet we are courageous, and we would rather leave the body and go home to the Lord. Therefore, we aspire to please him, whether we are at home or away. For we must all appear before the judgment seat of Christ, so that each may receive recompense, according to what he did in the body, whether good or evil.

Mark 4:26-34
Jesus said to the crowds: “This is how it is with the kingdom of God; it is as if a man were to scatter seed on the land and would sleep and rise night and day and through it all the seed would sprout and grow, he knows not how. Of its own accord the land yields fruit, first the blade, then the ear, then the full grain in the ear. And when the grain is ripe, he wields the sickle at once, for the harvest has come.” He said, “To what shall we compare the kingdom of God, or what parable can we use for it? It is like a mustard seed that, when it is sown in the ground, is the smallest of all the seeds on the earth. But once it is sown, it springs up and becomes the largest of plants and puts forth large branches, so that the birds of the sky can dwell in its shade.” With many such parables he spoke the word to them as they were able to understand it. Without parables he did not speak to them, but to his own disciples he explained everything in private.

Not much of a fan of fantasy adventure fictions, it was hard for me to picture myself picking up one of those books to read, least of all a multi-volume series consisting of over 1,000 pages of strange, fabricated characters, exotic places, and complex storylines. But it all changed a few weeks ago due to a comment made by Bishop Robert Barron on YouTube. He said J.R.R. Tolkien’s epic adventure series, The Lord of the Rings, was a novel that “began implicitly Catholic and ended explicitly so” (note 1).

I knew Tolkien’s strong Catholic upbringing, and was aware of his influence on C.S. Lewis’ conversion to the Christian faith. But that’s not enough to rid my heart of its inherent distaste for imaginary adventure stories, and convince me to read his critically acclaimed literary works. Not, that is, until Bishop Barron’s comment triggered a curiosity in me that was hard to resist: Maybe reading Catholic themes into The Lord of the Ring stories was a challenge I should take? Maybe – just maybe – so many years after God had “reclaimed” me as a Catholic and realigned my personal values with the values of the Church, my sense of faith was now authentic enough to allow me to smell out the Catholic ideas embedded in Tolkien’s book?

Thus began my most recent reading adventure, which is still unfolding. For weeks now, I’ve been wallowing in Tolkien’s imaginary world of Hobbits, Elves, Dwarves, Men, Rangers, Wizards, Orcs and Ents. It’s a world hanging by a thread; rotten by the decadence of the Dark Lord, Sauron; teetering on the brink of insanity and all-out wars. Its precarious state is such that the immense task of destroying Sauron’s Ruling Ring of Power is somehow left with a young, mild-mannered, and physically small hobbit named Frodo. To complete his impossible mission, Frodo has to take a perilous journey across Middle-earth to Mordor where the Ring is to be destroyed in the fires of Mount Doom once and for all. The fate of the whole world is hanging in the balance: his success will bring peace, his failure unending wretchedness. For the Dark Lord’s evil forces, already rampant across the lands, will become incontestable and achieve complete supremacy if he is allowed to regain possession of the Ruling Ring.

It’s not difficult to see the salvation-like nature of Frodo’s mission. Equally noticeable is Tolkien’s Christian mindset that chooses to put this world-saving mission with cosmic implications squarely on the shoulders of a young, inexperienced, and powerless hobbit who appears least qualified to bring the humongous task to successful completion.

This brings us to the theme of this Sunday’s readings. We hear from the first reading a “tender shoot” that is planted by the divine Gardener “on a high and lofty mountain” and grown into “a majestic cedar” that bears fruit in plentitude and provides shade to “birds of every kind” (Ezekiel 17:22-23). In the gospel, a mustard seed - “the smallest of all the seeds on the earth” – is sown and turned into “the largest of plants…so that the birds of the sky can dwell in its shade” (Mk 4:31-32).

How many times have we heard similar “Cinderella stories” from the Bible?

How about Joseph? Young and junior among Jacob’s 12 sons, he was abandoned by his brothers and sold to Egypt as a slave. But against all odds, he went on to become Pharoah’s vizier, and eventually saved Jacob’s whole family from the devastation of a widespread famine (Gen 41:39-45:28).

And David, the youngest son of Jesse? With the only and most primitive weapons he has ever learned to use as a teenage shepherd - a sling and five stones in his shepherd’s bag - and without the protection of conventional armor, which he finds too cumbersome, he manages to defeat and kill Goliath, a 9-feet tall Philistine giant whose exaggerated physical stature and foul mouth have terrorized every fighting man in Saul’s camp (1 Samuel 17).

What about the twelve apostles? Most of them are just poor fishermen and Galilean natives. But it is them whom Jesus calls to be his apostles, making them the “twelve courses of stones” of his Church’s foundation (Revelation 21:14).

Of course, we know that the whole Bible is about Christ: all biblical stories, characters, institutions, and images eventually point us to Jesus himself, each in its own way. Jesus is the Messiah, the “tender shoot” that becomes “a majestic cedar” in this Sunday’s first reading (Ezekiel 17:22-23). He is the “stone which the builder rejected [that] has become the chief cornerstone” (Ps 118:22, Acts 4:11). His kingdom, the Church, is the mustard seed that is sown and turned into “the largest of plants…so that the birds of the sky can dwell in its shade” (Mk 4:31-32, Ignatius Catholic Study Bible - NT).

In the fictional but also very biblical world of The Lord of the Rings, there is Frodo, the little Shire-hobbit who is seemingly no match for his powerful enemies, all of whom hankering to put their hands on his Ring. But once again, “the last will be first, and the first will be last” (Mt 20:16). Blessings do not go to the powerful people, but to the humble and lowly ones: the poor, the mournful, the meek, and the hungry (cf. Mt 5:3-7). It’s no exaggeration to say that heaven is full of Cinderella occupants! At the Crest of Doom, Frodo’s heroic quest to destroy the Ring is gloriously accomplished, crashing into pieces the Dark Lord’s dream of evil dominion.