How many of us realize that the resurrection from the dead is at the heart of our Christian faith? 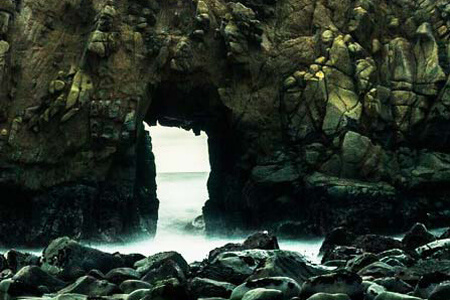 2 Maccabees 7:1-2,9-14
It happened that seven brothers with their mother were arrested and tortured with whips and scourges by the king, to force them to eat pork in violation of God's law. One of the brothers, speaking for the others, said: "What do you expect to achieve by questioning us? We are ready to die rather than transgress the laws of our ancestors." At the point of death he said: "You accursed fiend, you are depriving us of this present life, but the King of the world will raise us up to live again forever. It is for his laws that we are dying." After him the third suffered their cruel sport. He put out his tongue at once when told to do so, and bravely held out his hands, as he spoke these noble words: "It was from Heaven that I received these; for the sake of his laws I disdain them; from him I hope to receive them again." Even the king and his attendants marveled at the young man's courage, because he regarded his sufferings as nothing. After he had died, they tortured and maltreated the fourth brother in the same way. When he was near death, he said, "It is my choice to die at the hands of men with the hope God gives of being raised up by him; but for you, there will be no resurrection to life."

2 Thessalonians 2:16-3:5
Brothers and sisters: May our Lord Jesus Christ himself and God our Father, who has loved us and given us everlasting encouragement and good hope through his grace, encourage your hearts and strengthen them in every good deed and word. Finally, brothers and sisters, pray for us, so that the word of the Lord may speed forward and be glorified, as it did among you, and that we may be delivered from perverse and wicked people, for not all have faith. But the Lord is faithful; he will strengthen you and guard you from the evil one. We are confident of you in the Lord that what we instruct you, you are doing and will continue to do. May the Lord direct your hearts to the love of God and to the endurance of Christ.

Luke 20:27-38
Some Sadducees, those who deny that there is a resurrection, came forward and put this question to Jesus, saying, "Teacher, Moses wrote for us, If someone's brother dies leaving a wife but no child, his brother must take the wife and raise up descendants for his brother. Now there were seven brothers; the first married a woman but died childless. Then the second and the third married her, and likewise all the seven died childless. Finally the woman also died. Now at the resurrection whose wife will that woman be? For all seven had been married to her." Jesus said to them, "The children of this age marry and remarry; but those who are deemed worthy to attain to the coming age and to the resurrection of the dead neither marry nor are given in marriage. They can no longer die, for they are like angels; and they are the children of God because they are the ones who will rise. That the dead will rise even Moses made known in the passage about the bush, when he called out ‘Lord,’ the God of Abraham, the God of Isaac, and the God of Jacob; and he is not God of the dead, but of the living, for to him all are alive."

The significance is shown in the kerygma of the early church which focused on Jesus' death, burial and resurrection with His resurrection as the core message. Jesus' resurrection vindicated His claims and by it He conquered sin and death. This supernatural act of God in history authenticated the words and works of Jesus. St. Paul says, "if there is no resurrection of the dead, then neither has Christ been raised. And if Christ has not been raised, then empty is our preaching; empty, too, your faith" (1 Cor 15:13-14). If Christ's resurrection is but a figment of human imagination, then our faith will be no more than some philosophical or ethical teachings of an exceedingly gifted man. "Faith in the resurrection rests on faith in God who 'is not God of the dead, but of the living'.................to be a witness to Christ is to be 'a witness to his resurrection' to [have eaten and drunk] with him after he rose from the dead" (CCC 993, 995).

Belief in the resurrection of the dead implies belief in life after death. The idea of an afterlife is not exclusively Christian. It is taught in many religions but one of the most striking differences between Christian and non-Christian belief with regard to life after death is the Christian belief in bodily resurrection. Even though some believed it (see First Reading), it was supposed to happen to everyone at the end of time and not to one person in the middle of history. The centrality of the resurrection of Jesus constitutes the basis for the Christian hope of immortality and Christ's Parousia or "return to earth". The hope of a future life encourages us to persevere in good deeds (see Second Reading) and endure trials and sufferings (rf Rom 8:18, 1 Peter 4:12-13).

Christ's own resurrection and the belief of the resurrection from the dead are like directional arrows which point us to our target: the heavenly home where eternal life begins.