My Sin Is Always Before Me 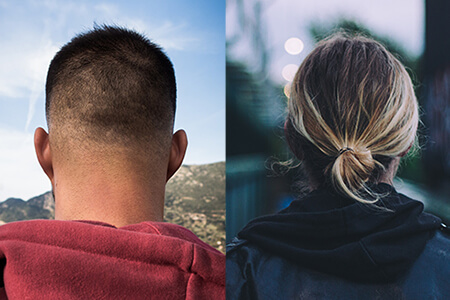 Genesis 2:7-9; 3:1-7
The LORD God formed man out of the clay of the ground and blew into his nostrils the breath of life, and so man became a living being. Then the LORD God planted a garden in Eden, in the east, and placed there the man whom he had formed. Out of the ground the LORD God made various trees grow that were delightful to look at and good for food, with the tree of life in the middle of the garden and the tree of the knowledge of good and evil. Now the serpent was the most cunning of all the animals that the LORD God had made. The serpent asked the woman, "Did God really tell you not to eat from any of the trees in the garden?" The woman answered the serpent: "We may eat of the fruit of the trees in the garden; it is only about the fruit of the tree in the middle of the garden that God said, 'You shall not eat it or even touch it, lest you die.'" But the serpent said to the woman: "You certainly will not die! No, God knows well that the moment you eat of it your eyes will be opened and you will be like gods who know what is good and what is evil." The woman saw that the tree was good for food, pleasing to the eyes, and desirable for gaining wisdom. So she took some of its fruit and ate it; and she also gave some to her husband, who was with her, and he ate it. Then the eyes of both of them were opened, and they realized that they were naked; so they sewed fig leaves together and made loincloths for themselves.

Romans 5:12-19
Brothers and sisters: Through one man sin entered the world, and through sin, death, and thus death came to all men, inasmuch as all sinned— for up to the time of the law, sin was in the world, though sin is not accounted when there is no law. But death reigned from Adam to Moses, even over those who did not sin after the pattern of the trespass of Adam, who is the type of the one who was to come. But the gift is not like the transgression. For if by the transgression of the one, the many died, how much more did the grace of God and the gracious gift of the one man Jesus Christ overflow for the many. And the gift is not like the result of the one who sinned. For after one sin there was the judgment that brought condemnation; but the gift, after many transgressions, brought acquittal. For if, by the transgression of the one, death came to reign through that one, how much more will those who receive the abundance of grace and of the gift of justification come to reign in life through the one Jesus Christ. In conclusion, just as through one transgression condemnation came upon all, so, through one righteous act, acquittal and life came to all. For just as through the disobedience of the one man the many were made sinners, so, through the obedience of the one, the many will be made righteous.

Matthew 4:1-11
At that time Jesus was led by the Spirit into the desert to be tempted by the devil. He fasted for forty days and forty nights, and afterwards he was hungry. The tempter approached and said to him, "If you are the Son of God, command that these stones become loaves of bread." He said in reply, "It is written: One does not live on bread alone, but on every word that comes forth from the mouth of God." Then the devil took him to the holy city, and made him stand on the parapet of the temple, and said to him, "If you are the Son of God, throw yourself down. For it is written: He will command his angels concerning you and with their hands they will support you, lest you dash your foot against a stone." Jesus answered him, "Again it is written, You shall not put the Lord, your God, to the test." Then the devil took him up to a very high mountain, and showed him all the kingdoms of the world in their magnificence, and he said to him, "All these I shall give to you, if you will prostrate yourself and worship me." At this, Jesus said to him, "Get away, Satan! It is written: The Lord, your God, shall you worship and him alone shall you serve." Then the devil left him and, behold, angels came and ministered to him.

“For I know my offense; my sin is always before me” (Ps. 51:5), so we hear from the psalm chosen specifically for this Sunday.

A false name is used to share this real story in order to protect the person's identity. Jack was a devout Christian. Unfortunately, he had committed adultery with a woman who was not only a friend of Jack's family but also a fellow congregant. Their adulterous relationship somehow became public, and the other party threatened to use it against Jack and his family in their church, leaving him with no choice but to confess the affair to his wife and children. For the sake of their family, the wife decided to forgive her husband. Together as a couple they were prepared to put the whole painful and unglamorous mess behind them and begin anew their relationship. Except that the other party was not prepared to let go.

Hurt and jealous, the woman went before the church congregation to accuse Jack of cheating and infidelity. In the months and years after, the humiliation and lingering guilt proved just too much to bear for both husband and wife. Eventually they had to leave the congregation and soon after the town.

When a grave sin is committed, uprooting is the result. For sin is destructive and haunting; it doesn't just go away. As the Psalmist says, “I know my offense; my sin is always before me” (Ps. 51:5).

When the first human family, established in Adam, sinned and fell from grace, the uprooting took the form of banishment from Eden where man once lived in the bliss of God. It only makes sense then for Adam's family, now in tatters and condemned because of Adam's disobedience and transgression, to be restored and acquitted because of Christ's - the New Adam (cf. Romans 5:14) - obedience and righteousness.

Christ, in other words, has reversed the “uprooting” to bring the human family back to Eden, or heaven, where man will once again live in the bliss of God. Obviously, Jack would love to have his own uprooting reversed if it is possible. The good news is that it is. He just needs God to create in him a clean heart and renew within him a steadfast spirit (cf. Ps. 51:12); he needs, in a word, true repentance. Man must turn to God, and let His mercy and Jesus' saving grace take care of the rest.