Pope Francis: Alert and ready to do his duty 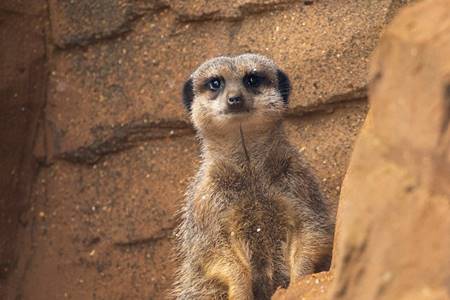 (Vatican News) Pope Francis comes to “the final phase of catechesis on discernment” at the weekly General Audience, focusing his reflections on the importance of vigilance.

Over the course of the past few weeks, Pope Francis’ weekly catechesis has focused on different aspects of discernment, from prayer, self-knowledge, desire, and the “book of life”; to desolation and consolation, the matter of discernment; and, most recently, the confirmation that accompanies the choices made.

On Wednesday, Pope Francis began the “final phase of this journey of catechesis,” reflecting on the attitude of vigilance, an attitude essential to ensuring that the work of discernment is not in vain.

There is a genuine risk, the Pope explained, that the Evil One could “ruin everything,” leaving us even worse than we were to start with.
“This is why it is indispensable to be vigilant. Therefore, today it seemed appropriate to emphasize this attitude, which we all need for the discernment process to succeed.”
The good disciple is vigilant

The Holy Father pointed out that the Lord Himself, in the Gospels, insisted on the fact that “the good disciple is vigilant” and does not slumber, but instead remains “alert and ready to do his duty.”

He recalled Jesus admonition, “Let your loins be girded and your lamps burning… blessed are those servants whom the master finds awake when he comes.” This, the Pope said, “is the frame of mind fo the Christians who await the final coming of the Lord; but can also be seen as the normal attitude to have in the conduct of life.”

Without vigilance, we risk everything

He warned, “If vigilance is lacking, there is a very high risk that all will be lost.” This risk is not primarily psychological, but spiritual, “a real snare of the evil spirit,” who waits till we become complacent in order to ensnare us.

Turning to the Gospel passage chosen for Wednesday’s audience, Pope Francis noted that in the short parable that was proclaimed, the unclean spirit, having been cast out of the house, returns with seven spirits even worse than himself. “How is it possible for them to enter undisturbed?” the Pope asked. He explained that this came about because the homeowner had become complacent, in love with himself, and “had stopped waiting for the Lord.

“When we trust too much in ourselves and not in God’s grace, then the Evil One finds the door open. So, he organizes the expedition and takes possession of that house.”

One must remain vigilant

It might seem impossible to fall from a good state to a state even worse than when one started, but it can and does happen, the Pope said. “Everyone can confirm this by thinking back on their own personal history.” Pope Francis concluded, “It is not enough to carry out good discernment and to make a good choice. One must remain vigilant.”

“Vigilance is a sign of wisdom, it is above all a sign of humility, which is the high road of the Christian life.”

Source: Pope at Audience: A good disciple is vigilant