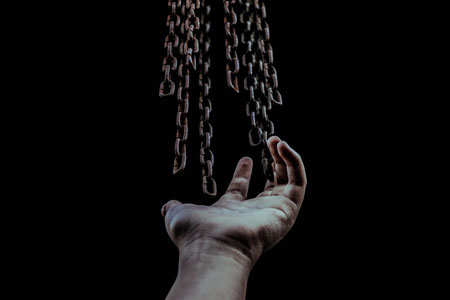 (Vatican News) Pope Francis says that, freed by grace and love, Christianity is able to welcome every people and culture, and in turn opens peoples and cultures to greater freedom.

Christian freedom “does not enter into conflict with cultures or with the traditions we have received,” Pope Francis said at Wednesday’s General Audience, “but rather introduces into them a new freedom, a liberating novelty, that of the Gospel.”

Continuing his reflection on St Paul’s Letter to the Galatians, Pope Francis explained that Christians, freed from the slavery of sin and death by the passion and resurrection of Jesus, are able to welcome every people and culture, and in turn introduce peoples and cultures to even greater freedom.

Not everyone, however, welcomed the “novelty” of evangelical freedom, the Pope said. He noted that Paul’s detractors criticized him for “minimising the demands received from his narrower religious tradition.” He noted that Paul responded with “parrhesia,” insisting that he was not seeking to please men, but only to obey God.

Open to every culture
In the “inspired depth” of St Paul’s thought, welcoming faith “involves renouncing not the heart of culture and traditions, but only that which may hinder the newness and purity of the Gospel.” True Christian freedom, the Pope said, enables us rather “to acquire the full dignity of children of God,” allowing us to remained anchored in our own cultural heritage while being open to what is good and true in every culture.

“In the call to freedom,” Pope Francis said, “we discover the true meaning of the inculturation of the Gospel: being able to announce the Good News of Christ the Saviour respecting the good and the true that exist in cultures.”

Respecting cultures
The Pope lamented the “many errors” that have occurred in the history of evangelization “by seeking to impose a single cultural model” – errors that have deprived the Church of “the richness of many local expressions that the cultural traditions of entire peoples bring with them.”

Instead, Pope Francis insisted, St Paul’s vision of freedom shows us the duty of respecting “the cultural origin of every person,” leading to an openness to all peoples and cultures of all times, because Christ was born, died, and rose again for everyone.”

New ways of speaking
Noting that culture by its nature is constantly changing, the Holy Father said that we must find new ways of speaking of faith or risk no longer being understood by the new generations. He invited us not to claim freedom as a possession, but to be challenged by freedom “to be constantly on the move, oriented towards its fullness.”

This, he said, “is the condition of pilgrims, it is the state of wayfarers, in continual exodus: liberated from slavery so as to walk towards the fullness of freedom.”