Pope Francis: The ecclesial method for conflict resolution is based on dialogue and on discernment carried out in the light of the Holy Spirit 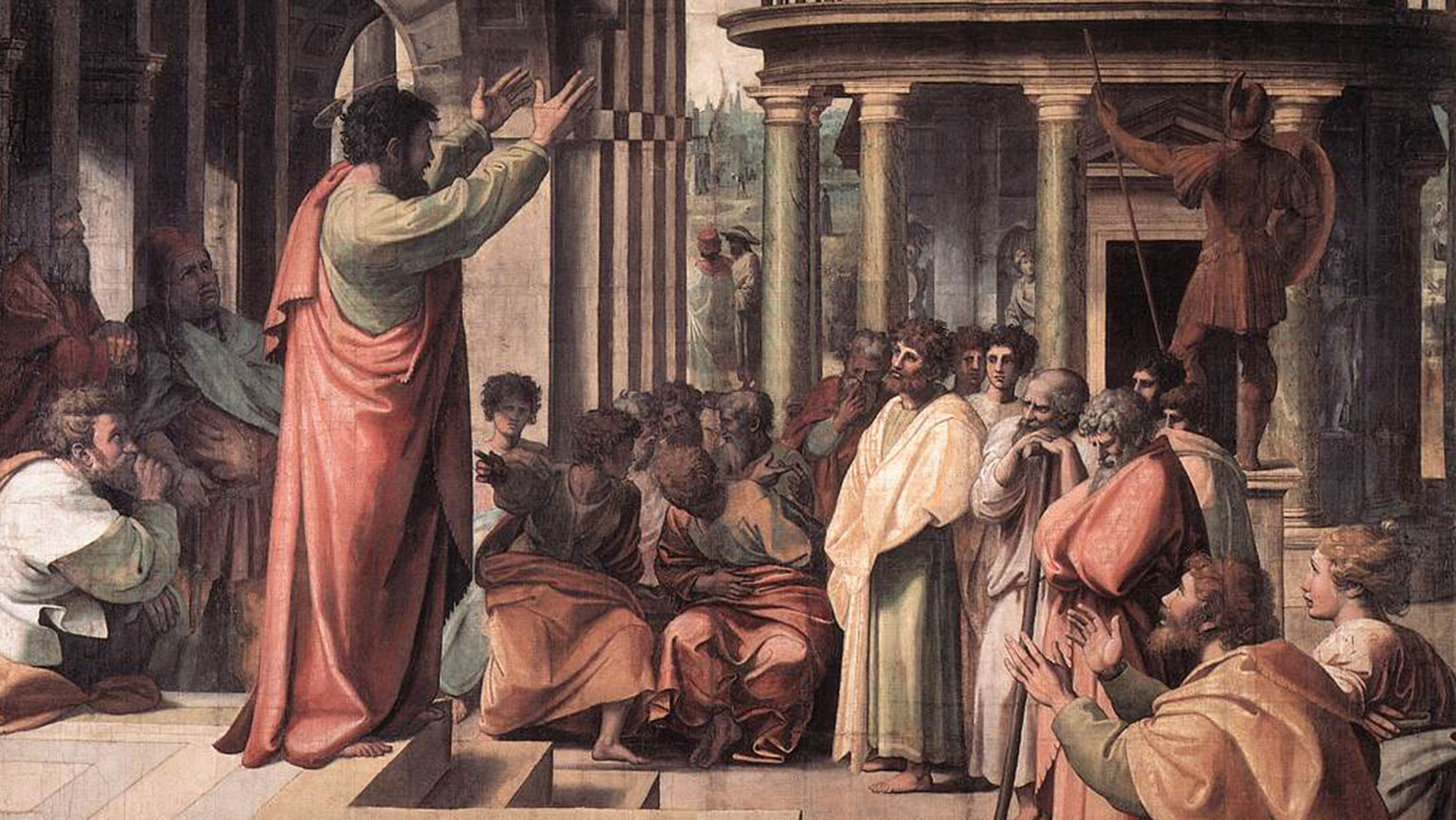 (CNA) - Pope Francis said Wednesday that the first Christian evangelization of the pagans opened up “a very lively controversy” as the early Church discerned how to absorb new members from outside the people of Israel.

In the Acts of the Apostles, “a very delicate theological, spiritual and discipline issue is addressed,” Pope Francis said October 23. “That is, the relationship between faith in Christ and the observance of the Law of Moses.”

“They proposed not to impose circumcision on the pagans, but only to ask them to reject idolatry and all its expressions,” Pope Francis said in his weekly catechesis in St. Peter’s Square.

The pope said that the assembly of Jerusalem, as described in the Acts of the Apostles 15:7-21, “offers us an important light on how to deal with differences and seek the truth in love.”

“It reminds us that the ecclesial method for conflict resolution is based on a dialogue made of attentive and patient listening and on the discernment carried out in the light of the Holy Spirit. It is the Holy Spirit, in fact, that helps to overcome closures and tensions and works in hearts so that, in truth and in goodness, they may reach unity,” he said.

“This text helps us to understand synodality,” he said, adding that “the presence of the Holy Spirit is precisely synodality.”

“We ask the Lord to strengthen the desire and responsibility of communion in all Christians, especially bishops and presbyters,” the pope prayed.

Francis said that the Acts of the Apostles describes “the long journey of the Word of God,” which he said must be “announced everywhere.”

“The nature of the Church emerges from the Book of Acts, which is not a fortress, but a tent capable of widening its space and giving access to all,” he said.

Francis said that the Church is called to be “a Church with open doors,” and commented that it presents a sign contrary to the nature of the Church when he sees church buildings in Rome or in other dioceses with their doors closed.

“The Church is called to always be the open house of the Father. Thus, if someone wants to follow a movement of the Holy Spirit and approach, seeking God, he will not meet with the coldness of a closed door,” he said.

“But the novelty is for whom are the doors open? To the pagans, because the Apostles preached to the Jews, but the pagans also came to knock on the door of the Church; and this newness of the doors open to the pagans triggers a very lively controversy,” Pope Francis said.

Francis’ meditation on the theme “God has opened the door of faith to the pagans” was a part of his series of weekly reflections on the Acts of the Apostles.

The pope said that the journey of the early Christians’ proclamation of the Gospel begins after a strong persecution, which “instead of provoking a setback for evangelization, becomes an opportunity to widen the field where to spread the good seed of the Word.”

“Christians are not afraid. They must flee, but they flee with the Word, and spread the Word a little everywhere,” he said.

In his greeting to Italian pilgrims at the general audience, Pope Francis recalled the feast of St. John Paul II celebrated October 22.

“Yesterday we celebrated the liturgical memory of St. John Paul II; let us imitate this master of faith and evangelical life, an example of love for Christ and for man,” Pope Francis said.