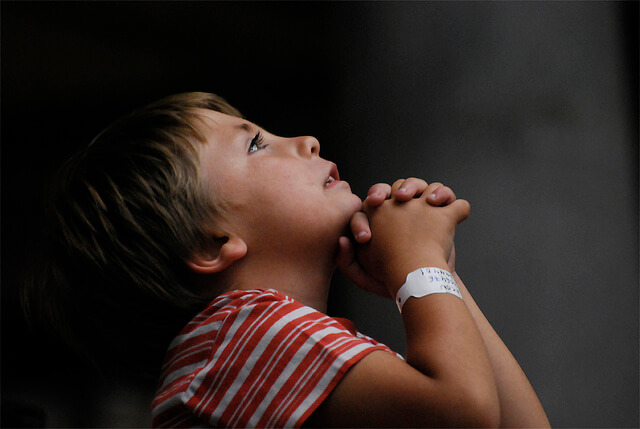 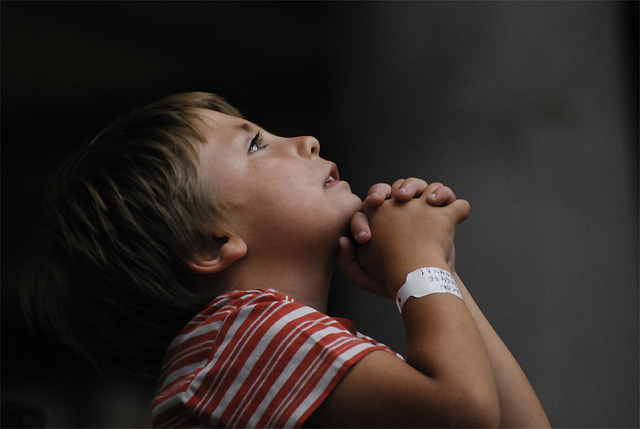 (CNA/EWTN News).- On Wednesday Pope Francis said that Jesus’ salvific mission reaches its culmination on the Cross in his conversation with the two thieves crucified with him, showing that God’s mercy goes beyond the desperation of human suffering, responding to it with mercy and forgiveness.

When the bad thief cries out to Jesus on the Cross, telling him “Are you not the Christ? Save yourself and us,” this act “bears witness to the anguish of man in front of the mystery of death and the tragic awareness that only God can be the liberating answer,” the Pope said Sept. 28.

As he dies on the Cross alongside two criminals, Jesus confirms God’s salvation “can reach any man in any condition, even the most negative and painful.”

Because of this, Francis said the ongoing Jubilee of Mercy is a time of grace and of mercy “for all, good and evil, those who are healthy and those who suffer. The good and the bad...because the Church is mercy!”

“Nothing can separate us from the love of Christ!” he said, and directed his words to all who are “nailed to a hospital bed, who live closed in a prison, to those who are trapped in war,” telling them: “look to the Crucifix; God is with you, he remains with you on the Cross and offers himself to all as the Savior.”

Pope Francis spoke to the thousands of pilgrims gathered in St. Peter’s Square for his weekly general audience, giving special greetings to the American seminarians in Rome who will be ordained deacons Thursday and their families.

He continued his ongoing catechesis on mercy, telling attendees that when Jesus forgives those nailing him to the Cross, saying “Lord forgive them, for they know not what they do,” his words “culminate in forgiveness...Jesus forgives.”

When confronted with the opposite attitudes of the two thieves he is crucified with, Jesus hears the first one insult him, the Pope said, but explained that this offense was “driven by desperation” caused by suffering.

Jesus’ forgiveness, he said, bears witness to the fact that “he who has done terrible things in life has the ability to be forgiven.”

The second criminal, known as the “Good Thief,” provides a model of true repentance and “a catechesis focused on learning to ask Jesus for forgiveness,” Francis said.

In telling the second criminal “have you no fear of God?” the good thief reveals “the starting point of repentance: fear of the Lord.”

Pope Francis stressed that Fear of the Lord is “not being afraid of God, but that respect that one must give to God because he is God.”

“The good thief calls attention to the fundamental attitude which opens to trust in God: the awareness of his omnipotence and of his infinite goodness,” he said, noting that “this is the trusting respect which helps to make space for God and to entrust oneself to his mercy, even in the thickest darkness.”

Francis pointed to the “tenderness” and “humanity” of the good thief in asking Jesus to remember him, explaining that it’s necessary for the human being to know they are not abandoned, and that God is always close.

Jesus’ response that “today you will be with me in paradise,” shows that even a man condemned to death “becomes a model of Christianity who entrusts himself to Jesus.”

It is while Jesus hangs on the Cross that his salvation culminates, the Pope said, noting that his promise to the good thief “reveals the fulfillment of his mission: to save sinners.”

“On the cross, the final act confirms the final realization of his saving plan. From the beginning to the end he proved himself to be mercy, the definitive and unrepeatable love of the Father,” he said.

“Jesus is truly the face of the mercy of the Father,” Francis said, and, closing his address, noted how the good thief called Jesus by name, and led pilgrims in repeating the name of Jesus three times as a short prayer.

After his address, Francis turned his thoughts to the ongoing conflict in “the beloved and martyred Syria.”

Upon hearing of continued airstrikes in Aleppo, he voiced his “deep sorrow and lively concern” over the fact that innocent children, elderly, sick and youth continue to lose their lives in the bombings.

He assured his spiritual closeness to those suffering, and renewed his appeal for everyone to commit themselves to protecting civilians, “which is a committed and urgent obligation.”

Francis also issued an appeal “to the consciences” of those responsible for the bombings, saying “they must answer before God” for their actions.