Pope Francis: In trials, like Peter, does our faith falter? 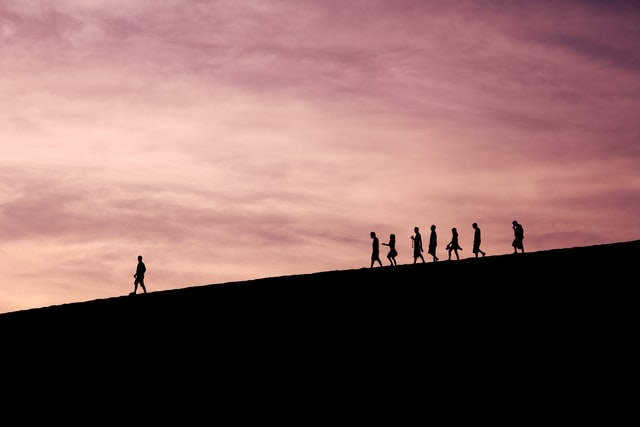 (Vatican News) At the Angelus address on the Feast of Sts Peter and Paul, Pope Francis reflects on the Apostles' struggles and imperfections in their faith, and says we can relate to the Patrons of Rome in our struggles to grow in closeness to Jesus.

Even if our faith journey is imperfect, we can ask Saints Peter and Paul to teach us how to always increase our trust in the Lord and grow closer to Him.

During the Angelus, following Mass in St Peter’s Basilica, Pope Francis offered this suggestion as he reflected on Saints Peter and Paul on their 29 June feast day.

He began by recalling the day's Gospel according to St. Matthew, in which Peter says to Jesus: “You are the Christ, the Son of the living God."

The Pope noted that for the fisherman Simon, later called Peter, it was the beginning of a journey, and that "it would indeed have to be a long time before the scope of those words entered deeply into his life, involving him entirely."

The Holy Father pointed out the two Apostles experienced an ‘apprenticeship’ of faith, a journey many faithful likewise face.

“We too believe that Jesus is the Messiah, the Son of the living God, but it takes time, patience, and much humility for our way of thinking and acting to fully adhere to the Gospel.”

To illustrate, Pope Francis recalled that Peter, just after having declared his faith to the Lord, rejects the idea that Jesus will have to suffer and be condemned to death, provoking Jesus to turn and say to him:
‘Get behind me, Satan!”
In trials, like Peter, does our faith falter?

The Pope suggested that we can relate to Peter's wavering faith.

“Let us consider: does not the same thing happen to us? We repeat the Creed, we say it with faith; but when faced with the hard trials of life, everything seems to falter.”

"We are inclined to protest to the Lord, telling Him that it is not right, that there must be other, more direct, less strenuous paths. We experience the laceration of the believer, who believes in Jesus, trusts in Him; but at the same time," Francis acknowledged, "feels that it is difficult to follow Him and is tempted to seek paths other than those of the Master."

"At first, he was horrified at the thought of the Cross; but at the end of his life, he bore witness to the Lord with courage, even to the point of being crucified—according to tradition—upside down."

The Apostle Paul also went through a slow maturation of faith, experiencing moments of uncertainty and doubt.

The apparition of the Risen One on the road to Damascus, the Pope said, turned him from a persecutor into a Christian, and "must be seen as the start of a journey during which the Apostle came to terms with the crises, failures, and constant torment."

The journey of faith, the Pope said, "is never a walk in the park, but is instead demanding, sometimes arduous."

Even Paul, who became a Christian, he said, had to learn to be one in a gradual manner, especially through times of trial.

“In the light of this experience of the Holy Apostles Peter and Paul, each of us can ask ourselves: when I profess my faith in Jesus Christ, the Son of God, do I do so with the awareness that I must always learn, or do I assume that I 'already have it all figured out'? And again: in difficulties and trials do I become discouraged, do I complain, or do I learn to make them an opportunity to grow in trust in the Lord?”

Before praying the midday prayer of the Angelus, Pope Francis prayed, “May the Virgin Mary, Queen of the Apostles, teach us to imitate them by advancing every day on the path of faith.”

Source: Pope at Angelus: Peter & Paul teach us to grow daily in faith