Pope Francis: Work is not only a means of earning a living: it is also a place where we express ourselves, feel useful 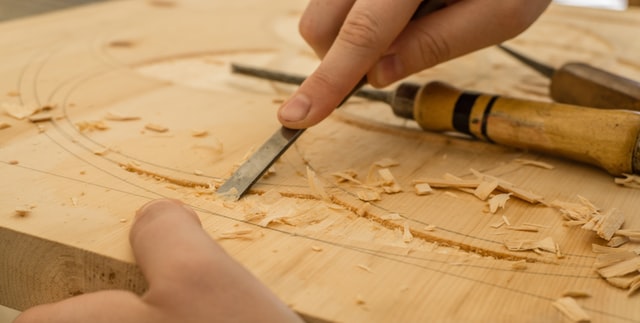 (Vatican News) In his catechesis at the General Audience focusing on Saint Joseph, Pope Francis looks at Joseph's life as a worker, and says the dignity of labour is essential for our human development and our growth in holiness.

In his catechesis, Pope Francis looked at how the evangelists Matthew and Mark refer to Joseph as a “carpenter”, from the Greek term tekton, which referred to a generic qualification of those working as woodworkers and craftsmen in construction. He pointed out how it was a hard job, requiring strength but not generating great earnings.

Looking at Saint Joseph helps remind us of all workers today, especially those who do gruelling work in mines and certain factories, the Pope pointed out.

He especially recalled those who are exploited and children who are “forced to work and those who rummage among the trash in search of something useful to trade.” This reality also brings to mind those who are out of a job and suffering greatly because of it, especially families struggling to survive, he added.

“In these times of pandemic, many people have lost their jobs — and some, crushed by an unbearable burden, reached the point of taking their own lives. I would like to remember each of them and their families today.”

Sanctification in work
The Pope also underlined that work is an essential part of human life and even a "path of sanctification.”

“Work is not only a means of earning a living: it is also a place where we express ourselves, feel useful, and learn the great lesson of concreteness, which helps keep the spiritual life from becoming spiritualism.”

The sad fact is that labour often becomes trapped in problems related to social injustice, rather than being protected to respect human dignity and guarantee livelihoods, the Pope observed.

He said it would be good to ask ourselves as well with what spirit we carry out our daily work, and how our work relates to others and our destiny.

Looking to Jesus as a model worker
Pope Francis pointed out it is also good to see how Jesus himself worked and learned his trade from St. Joseph.

“Today, we should ask ourselves what we can do to recover the value of work; and what contribution we can make, as the Church, so that work can be redeemed from the logic of mere profit and can be experienced as a fundamental right and duty of the person, which expresses and increases his or her dignity.”

In conclusion, the Pope invited everyone to recite a prayer that Saint Paul VI lifted up to Saint Joseph on 1 May 1969.

O Saint Joseph,
Patron of the Church!
you, who side by side with the Word made flesh,
worked each day to earn your bread,
drawing from Him the strength to live and to toil;
you who experienced the anxiety for the morrow,
the bitterness of poverty, the uncertainty of work:
you who today give the shining example,
humble in the eyes of men
but most exalted in the sight of God:
protect workers in their hard daily lives,
defending them from discouragement,
from negative revolt,
and from pleasure loving temptations;
and keep peace in the world,
that peace which alone can ensure the development of peoples
Amen.

Source: Pope at Audience: Work is essential for our growth in holiness

Pope Francis: Looking at profits alone is against God’s will