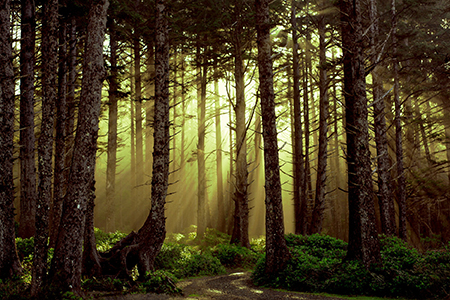 AMOS 7:12-15
"Amaziah, priest of Bethel, said to Amos, “Off with you, visionary, flee to the land of Judah! There earn your bread by prophesying, but never again prophesy in Bethel; for it is the king’s sanctuary and a royal temple.” Amos answered Amaziah, “I was no prophet, nor have I belonged to a company of prophets; I was a shepherd and a dresser of sycamores. The LORD took me from following the flock, and said to me, Go, prophesy to my people Israel.”"

EPHESIANS 1:3-14
Blessed be the God and Father of our Lord Jesus Christ, who has blessed us in Christ with every spiritual blessing in the heavens, as he chose us in him, before the foundation of the world, to be holy and without blemish before him. In love he destined us for adoption to himself through Jesus Christ, in accord with the favor of his will, for the praise of the glory of his grace that he granted us in the beloved. In him we have redemption by his blood, the forgiveness of transgressions, in accord with the riches of his grace that he lavished upon us. In all wisdom and insight, he has made known to us the mystery of his will in accord with his favor that he set forth in him as a plan for the fullness of times, to sum up all things in Christ, in heaven and on earth. In him we were also chosen, destined in accord with the purpose of the One who accomplishes all things according to the intention of his will, so that we might exist for the praise of his glory, we who first hoped in Christ. In him you also, who have heard the word of truth, the gospel of your salvation, and have believed in him, were sealed with the promised holy Spirit, which is the first installment of our inheritance toward redemption as God’s possession, to the praise of his glory.

MARK 6:7-13
Jesus summoned the Twelve and began to send them out two by two and gave them authority over unclean spirits. He instructed them to take nothing for the journey but a walking stick— no food, no sack, no money in their belts. They were, however, to wear sandals but not a second tunic. He said to them, “Wherever you enter a house, stay there until you leave. Whatever place does not welcome you or listen to you, leave there and shake the dust off your feet in testimony against them.” So they went off and preached repentance. The Twelve drove out many demons, and they anointed with oil many who were sick and cured them.

Amaziah’s contempt is unmistakable when he calls Prophet Amos a mere “visionary” and orders him to leave Bethel to “earn your bread by prophesying” in Judah (Am 7:12-13). Bethel is where Amaziah serves his priesthood, which, sadly, he probably sees as a means for earning his bread. It is embarrassing to recall, but Amaziah’s words reminded me of how I had once offended my spiritual advisor many years ago. Yes, believe it or not, I said something similar although I meant no contempt!

I was a second-year foreign student then at the University of Windsor, still learning the ropes when it came to the English language. A typically rebellious, liberal-minded, and anti-establishment unbeliever from the free-swinging, individualistic, rock ‘n roll days of the early seventies, I nonetheless had begun to acquire some interest in knowing the Gospel due to the influence of my peers at the Chinese Catholic Community in Windsor. Conveniently located in the south end of the campus, right beside the Ambassador Bridge to Detroit, was the Assumption Chapel, the center of the campus ministry of the Assumption University. That’s where I met my spiritual advisor, the pastor in charge of the Chapel and its campus ministry. He took very good care of all foreign students and was very kind to me.

Our first private counselling session was for discovery: just getting to know each other. I told him my heart wasn’t quite at peace; it was full of youthful worries about my study and future career. He in turn told me his own background and how he became a priest. “How nice!” I blurted out, “Your career is all set. You don’t have my worries.” I could tell he was a little taken aback by my impromptu remarks, but overall, the meeting still went well.

Following the meeting, I rehashed and dissected the whole conversation every which way, sensing that something must have gone amiss. I even consulted a Catholic friend. Eventually I realized my terrible mistake of calling priesthood a “career”. It was partly a language issue - a misuse of word - and partly a poor understanding of the nuances of the Catholic priesthood. Of course, priesthood is really a vocation; a noble, selfless and courageous commitment in response to God’s calling; but never a “career”, nor just a way to “earn your bread”, as Amaziah says so contemptuously of Amos’ prophetic ministry in the first reading.

I promptly called up my spiritual advisor and apologized to him profusely. Ever so kind and gracious, he said he knew I meant no harm. If my encounter with him got off to a rocky start, our relationship proved to be a close and lasting one. In Easter 1977, he baptized me and admitted me into the Catholic Church. Looking back, that moment in the Assumption Chapel when he poured water from the baptismal font on my head and then anointed me with oil and the power of the Holy Spirit was a thousand times more significant than my convocation two years later, which ironically had been my original and only reason for leaving Hong Kong to study in Windsor. A few years later, my spiritual advisor gave up the comfort of living in North America and went to Colombia to serve the poor and underprivileged. And there he remains until now.

When one reads St. Paul’s summary of “the riches of [God’s] grace that he lavished upon us” in the 2nd reading, it’s easy to understand why holy people like my spiritual director would choose to surrender their personal wants and direct their every thought, word and action to the service of God’s Kingdom through priesthood. “[H]e chose us in him, before the foundation of the world, to be holy and without blemish before him”, “he destined us for adoption to himself through Jesus Christ”, “in [Christ] we have redemption by his blood” – just to name a few (Eph 1:4, 5, 7). Who in their right mind – I say this literally, for the human mind is not right until it’s fully aligned to see God and worship Him – would hesitate to proclaim such good news to the best of their abilities? Those whose personal and circumstantial situations allow may even choose to do so unreservedly and radically through priesthood.

“Will you come and follow me if I but call your name? Will you let my love be shown? Will you let my name be known…” God’s summons to each one of us is ringing true in our hearts, daring us to respond, each in our own way. For a precious few, like the Twelve summoned by Jesus in this Sunday’s gospel, God’s summons demands a radical personal response, a complete surrender to Him for the love of others, that might entail taking “nothing for the journey but a walking stick – no food, no sack, no money in their belts” (Mk 6:8). In the case of my spiritual director, it meant leaving behind his family, friends, and a safe and comfortable life in North America and risking his own life in order to serve the poor and underprivileged in a country torn by years of social unrest, violence and internal strife.

Will you come and follow me if I but call your name? God’s summons rises in crescendo and dissolves into a whisper in the midst of the ebbs and flows of our daily life. Nagging and persistent, it’s a powerful voice that can be ignored but never forgotten. In Windsor, His summons came in a totally unexpected way. So many years later, it still does – in many different forms and with even more urgency.