The Parable of the Great Feast 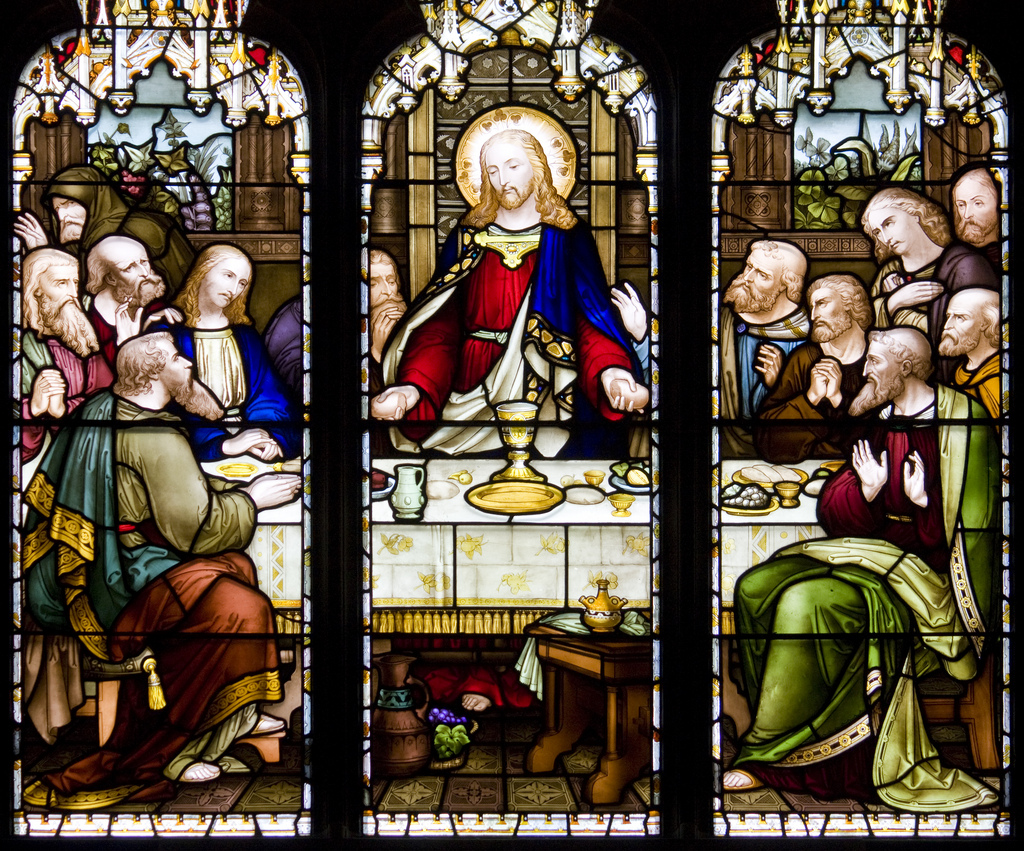 One of those at table with Jesus said to him, “Blessed is the one who will dine in the Kingdom of God.” He replied to him, “A man gave a great dinner to which he invited many. When the time for the dinner came, he dispatched his servant to say to those invited, ‘Come, everything is now ready.' But one by one, they all began to excuse themselves. The first said to him, ‘I have purchased a field and must go to examine it; I ask you, consider me excused.' And another said, ‘I have purchased five yoke of oxen and am on my way to evaluate them; I ask you, consider me excused.' And another said, ‘I have just married a woman, and therefore I cannot come.' The servant went and reported this to his master. Then the master of the house in a rage commanded his servant, ‘Go out quickly into the streets and alleys of the town and bring in here the poor and the crippled, the blind and the lame.' The servant reported, ‘Sir, your orders have been carried out and still there is room.' The master then ordered the servant, ‘Go out to the highways and hedgerows and make people come in that my home may be filled. For, I tell you, none of those men who were invited will taste my dinner.$0"2$
Luke 14:15-24

This man giving the feast represents God the Father. The Maker of all things, and Father of Glory, or the Lord, prepared the great supper which was finished in Christ. For now and to the end of the world, the Son of God has shone upon us, and enduring death for our sakes, has given us His own body to eat. Just as the lamb was sacrificed in the evening according to the Mosaic law, rightly then was the banquet which was prepared in Christ called a supper.

That servant who was sent is Christ Himself, who being by nature God and the true Son of God, emptied Himself, and took upon Him the form of a servant. But He was sent at supper time. For the Word did not take upon Himself our human nature in the beginning, but in the end; and he adds, "For all things are ready." For the Father prepared in Christ the good things bestowed upon the world through Him, the removal of sins, the participation of the Holy Spirit, the glory of adoption. To these Christ called men by the teaching of the Gospel.

But whom can we suppose those who refused to come for the reasons mentioned to be, but the rulers of the Jews, whom throughout the sacred history we find to have been often reproved for these things? But with the rulers of the Jews who refused their call, as they themselves confessed, have any of the rulers believed on Him? Thus it was that the master of the house is said to have been enraged with the chiefs of the Jews, and in their stead were called men taken from out of the Jewish multitude who were not scholars, but of weak and impotent minds. For at Peter's preaching, first indeed three thousand, then five thousand believed, and afterwards many people; whence it follows, "He said to his servant, Go out straightway into the streets and lanes of the city, and bring in hither the poor, and the maimed, and the halt, and the blind." Here observe, the calling of the Gentiles after the Israelites had entered by faith.