The Rich man and Lazarus 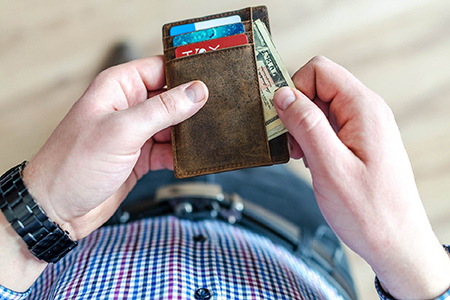 Most of us in Canada probably drive to different places, hence our chance of meeting the poor, is rather infrequent. Without frequent encountering with the poor or the homeless persons makes it harder for us to understand the difficulties they encounter, the intense heat of the summer sun and biting coldness of the winter wind. How do they manage to survive? In fact some of them do die from heat or cold.

Years ago when my daughter was still seven or eight, the World Vision of Canada was showing the difficulties children in Africa were facing, lacking food and water, suffering from malnutrition and other illnesses. My daughter requested that I turn the TV off, and when I asked, “Why?” Her answer was, “It makes me sad and uncomfortable.” My response was, “Why don’t you do something about it?” “What can I do? I am only eight years old.” “How about not drinking any soft drinks unless it comes with a meal? Then I will take that dollar for the soft drink and donate it to World Vision. If you don’t drink any more soft drinks every day, then I will have $30 to donate to World Vision, which is enough to support a suffering child and his/her family.” That started our family support for the World Vision projects. I am happy to say that my daughter seldom, if ever, drinks any soft drinks even now 30 years later.

Sometimes after the noon mass at church, when I walk out of the church, there is a person standing at the church door asking for loose change. “May I have a dollar or two for a cup of coffee?” Nowadays a dollar or two cannot even get you a hamburger. Would it be nicer to invite him to go across the street where there is a hamburger chain store, and ask him to just order whatever he likes? That may be a better thing to do than to just give him a dollar or two. As I was writing this reflection, I asked myself if it is more charitable to ask permission to join him at the same table to have lunch together.

Lord God, heal my blinders so that I can see in the poor that they too are Your children, sons and daughters of God, my brothers and sisters in Christ. How minute is my scope of charity? In fact, is it charity if I still have preconceived ideas about the poor?

1965年從香港來到加拿大供讀醫科。1972年在渥太華大學醫學系獲得醫學博士學位，更先後獲得兒科專科證書，小兒血液及腫瘤科專科證書等等專業資格。多年來他在加拿麥基爾大學，卡加里大學等擔任助理教授和副教授。由2007年至 2012 年，他有七個月在澳門一間天主教中學當校醫。他於2002年在卡加利教區被祝聖成為執事執事。2012年至2017年他也來回澳門和卡加利，在澳門舉行教師，家長和學生的培訓。家長和學生的培訓試用他自己建立的一套工作坊，工作坊的題目包括怎樣揀職業，怎樣拍拖，怎樣揀選伴侶，怎樣管理錢財，怎樣有效地溝通，怎樣學習，怎樣建立終身學習的習慣，怎樣建立價值觀，怎樣改變行為，怎樣處理生老病死和情緒。(其實那不就是神貧的人是有福的，心裏潔淨的人是有福的，溫良的人是有福的，憐憫人的人是有福的)。他於2021年正式退休，結束他 49年的醫生生涯，他仍在履行他的執事聖召工作。依照教區的規定，年紀到75歲執事們要向主教申請退休，不過卡加利主教現在還沒有批准他退休。 Deacon John Wu came to Canada from Hong Kong in 1965 to study medicine. In 1972, he graduated from the Faculty of Medicine of the University of Ottawa as an MD, and has received a number of medical specialist qualifications, including pediatrics and hematology. He taught at different Canadian universities, including McGill University and University of Calgary for many years. He was ordained a deacon in the Diocese of Calgary in 2002. From 2007 to 2012, he was a school doctor of a Catholic high school in Macau for seven months every year. From 2012 and 2017, he frequently visited Macau to hold workshops for teachers, parents and students on career, dating, finance management, interpersonal communications, etc. He retired in 2021, concluding his career as a physician for 49 years. He continues to be a deacon even though he has past the age of 75.