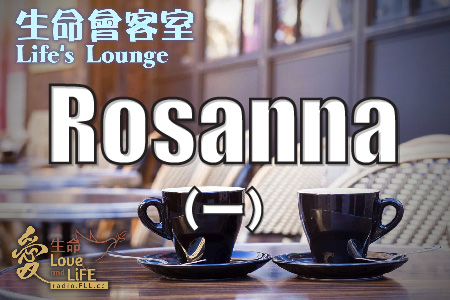 Rosanna immigrated to Australia in 1980, and to Toronto in 2000. She has two daughters and one son. After coming to Canada, she studied early childhood education, psychology courses and special education. Now she is a supply teacher teaching new immigrants. She also volunteers in a mental health association where she conducts lectures on psychology and shares her feelings of facing death. She was exposed to death at the age of eight when her little brother, only a few months old, died one night. When she was twelve, she went swimming with family friends and watched a companion drown. Her 21 year-old brother died of bone cancer and in 1986 her parents died within three months of each other. In 1997, her husband died of lung cancer. He was baptised in his death bed, and she herself was baptised the next year.