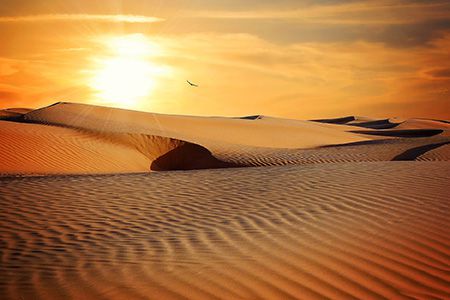 Isaiah 11:1-10
On that day, a shoot shall sprout from the stump of Jesse, and from his roots a bud shall blossom. The spirit of the LORD shall rest upon him: a spirit of wisdom and of understanding, a spirit of counsel and of strength, a spirit of knowledge and of fear of the LORD, and his delight shall be the fear of the LORD. Not by appearance shall he judge, nor by hearsay shall he decide, but he shall judge the poor with justice, and decide aright for the land’s afflicted. He shall strike the ruthless with the rod of his mouth, and with the breath of his lips he shall slay the wicked. Justice shall be the band around his waist, and faithfulness a belt upon his hips. Then the wolf shall be a guest of the lamb, and the leopard shall lie down with the kid; the calf and the young lion shall browse together, with a little child to guide them. The cow and the bear shall be neighbors, together their young shall rest; the lion shall eat hay like the ox. The baby shall play by the cobra’s den, and the child lay his hand on the adder’s lair. There shall be no harm or ruin on all my holy mountain; for the earth shall be filled with knowledge of the LORD, as water covers the sea. On that day, the root of Jesse, set up as a signal for the nations, the Gentiles shall seek out, for his dwelling shall be glorious.

Romans 15:4-9
Brothers and sisters: Whatever was written previously was written for our instruction, that by endurance and by the encouragement of the Scriptures we might have hope. May the God of endurance and encouragement grant you to think in harmony with one another, in keeping with Christ Jesus, that with one accord you may with one voice glorify the God and Father of our Lord Jesus Christ. Welcome one another, then, as Christ welcomed you, for the glory of God. For I say that Christ became a minister of the circumcised to show God’s truthfulness, to confirm the promises to the patriarchs, but so that the Gentiles might glorify God for his mercy. As it is written: Therefore, I will praise you among the Gentiles and sing praises to your name.

Matthew 3:1-12
John the Baptist appeared, preaching in the desert of Judea and saying, “Repent, for the kingdom of heaven is at hand!” It was of him that the prophet Isaiah had spoken when he said: A voice of one crying out in the desert, Prepare the way of the Lord, make straight his paths. John wore clothing made of camel’s hair and had a leather belt around his waist. His food was locusts and wild honey. At that time Jerusalem, all Judea, and the whole region around the Jordan were going out to him and were being baptized by him in the Jordan River as they acknowledged their sins. When he saw many of the Pharisees and Sadducees coming to his baptism, he said to them, “You brood of vipers! Who warned you to flee from the coming wrath? Produce good fruit as evidence of your repentance. And do not presume to say to yourselves, ‘We have Abraham as our father.’ For I tell you, God can raise up children to Abraham from these stones. Even now the ax lies at the root of the trees. Therefore every tree that does not bear good fruit will be cut down and thrown into the fire. I am baptizing you with water, for repentance, but the one who is coming after me is mightier than I. I am not worthy to carry his sandals. He will baptize you with the Holy Spirit and fire. His winnowing fan is in his hand. He will clear his threshing floor and gather his wheat into his barn, but the chaff he will burn with unquenchable fire.”

A couple of takeaways to bring home with you from this Sunday’s readings for further reflection:

Known for its significance for the New Testament and its unbelievably accurate prophecies that find perfect fulfilment in Christ, Isaiah is seen as “the fifth gospel” by some theologians (New Collegeville Bible Commentary on Isaiah, p.6). In this Sunday’s first reading, Isaiah shows us why this honor is well-deserved. Through the prompting and inspiration of the Holy Spirit, the prophet refers to the Messiah as “a shoot [that] shall sprout from the stump of Jesse” (Is 11:1).

“[T]he stump of Jesse” is a reference to Judah because Jesse, King David’s father, is from the tribe of Judah. As the only territory of the Davidic dynasty remaining under Jewish jurisdiction after the Babylonian Exile, Judea is like the desolate stump of a gigantic tree that has once been lofty and overpowering. The prophet predicts that out of this barren stump will grow a shoot or branch that will enable it to flourish again. What he is referring to is obviously the new Davidic kingdom – the Heavenly Kingdom that Jesus, the new David, will bring.

Not to be left unmentioned is the humor – the play on words – of the Scriptures: Jesus, the “shoot/branch” in Isaiah’s prophecy, grew up in a town called Nazareth, which literally means “branch town” (Lk 2:4, 39)!

Isaiah’s Prophecy on a Voice in the Desert

We can’t possibly celebrate the coming of Christ without mentioning the one who prepared the way before him. In this Sunday’s gospel reading, Matthew sees the appearance of John the Baptist in the desert of Judea as a fulfillment of another Messianic prophecy of Isaiah: “a voice of one crying out in the desert [will] prepare the way of the Lord” (Mt 3:3, Is 40:3).

A little background for John the Baptist’s appearance is in order. Around the time of Jesus, the Holy Land is a land of great unrest. The Davidic kingdom lies in ruins. Political uprisings against the Romans are common place. Israel has been waiting for centuries “the Prophet” that God had promised Moses - one like Moses, who would be able to see God face to face (cf. Deut 18:15, 34:10). Not only has the emergence of “the Prophet” remained an unfulfilled promise, Israel also has been without prophets for many years. For the chosen people of God, it feels as though they were living in a prolonged period of divine abandonment.

This explains why it is such a big deal when John the Baptist appears: finally, God is sending Israel a prophet, albeit the last O.T. prophet! What ensues is almost like a Ben-Hur moment. According to Matthew, “Jerusalem, all Judea, and the whole region around the Jordan were going out to him and were being baptized by him in the Jordan River” (Mt 3:5-6).

Turned out, an even bigger deal is still in store. It catches even John by surprise. Along with the multitudes of people that converge on the Jordan area where John’s baptism is being administered, Jesus, the person whose way he is to prepare, also appears (cf. Lk 3:7-14)! Like the crowds whom John admonishes as “brood of vipers”, he is also asking to receive baptism (Lk 3:7, Mt 3:13). Is Jesus the promised Prophet (cf. Deut 18:15, 34:10)? Why does he need John’s baptism? How are we supposed to understand all these twists and turns? That will be a whole new topic for us to contemplate on next Sunday - the 3rd Sunday of Advent.