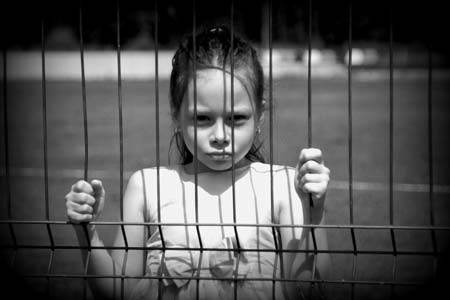 Isaiah 11:1-10
On that day, a shoot shall sprout from the stump of Jesse, and from his roots a bud shall blossom. The spirit of the LORD shall rest upon him: a spirit of wisdom and of understanding, a spirit of counsel and of strength, a spirit of knowledge and of fear of the LORD, and his delight shall be the fear of the LORD. Not by appearance shall he judge, nor by hearsay shall he decide, but he shall judge the poor with justice, and decide aright for the land’s afflicted. He shall strike the ruthless with the rod of his mouth, and with the breath of his lips he shall slay the wicked. Justice shall be the band around his waist, and faithfulness a belt upon his hips. Then the wolf shall be a guest of the lamb, and the leopard shall lie down with the kid; the calf and the young lion shall browse together, with a little child to guide them. The cow and the bear shall be neighbors, together their young shall rest; the lion shall eat hay like the ox. The baby shall play by the cobra’s den, and the child lay his hand on the adder’s lair. There shall be no harm or ruin on all my holy mountain; for the earth shall be filled with knowledge of the LORD, as water covers the sea. On that day, the root of Jesse, set up as a signal for the nations, the Gentiles shall seek out, for his dwelling shall be glorious.

Romans 15:4-9
Brothers and sisters: Whatever was written previously was written for our instruction, that by endurance and by the encouragement of the Scriptures we might have hope. May the God of endurance and encouragement grant you to think in harmony with one another, in keeping with Christ Jesus, that with one accord you may with one voice glorify the God and Father of our Lord Jesus Christ. Welcome one another, then, as Christ welcomed you, for the glory of God. For I say that Christ became a minister of the circumcised to show God’s truthfulness, to confirm the promises to the patriarchs, but so that the Gentiles might glorify God for his mercy. As it is written: Therefore, I will praise you among the Gentiles and sing praises to your name.

Matthew 3:1-12
John the Baptist appeared, preaching in the desert of Judea and saying, “Repent, for the kingdom of heaven is at hand!” It was of him that the prophet Isaiah had spoken when he said: A voice of one crying out in the desert, Prepare the way of the Lord, make straight his paths. John wore clothing made of camel’s hair and had a leather belt around his waist. His food was locusts and wild honey. At that time Jerusalem, all Judea, and the whole region around the Jordan were going out to him and were being baptized by him in the Jordan River as they acknowledged their sins. When he saw many of the Pharisees and Sadducees coming to his baptism, he said to them, “You brood of vipers! Who warned you to flee from the coming wrath? Produce good fruit as evidence of your repentance. And do not presume to say to yourselves, ‘We have Abraham as our father.’ For I tell you, God can raise up children to Abraham from these stones. Even now the ax lies at the root of the trees. Therefore every tree that does not bear good fruit will be cut down and thrown into the fire. I am baptizing you with water, for repentance, but the one who is coming after me is mightier than I. I am not worthy to carry his sandals. He will baptize you with the Holy Spirit and fire. His winnowing fan is in his hand. He will clear his threshing floor and gather his wheat into his barn, but the chaff he will burn with unquenchable fire.”

"Repent, for the kingdom of heaven is at hand!" shouted John the Baptist (Mt. 3:1-2), the voice crying out in the desert that Isaiah had predicted would prepare the way of the Lord (cf. Isaiah 40:2). Repent because human history was on the threshold of its final days. Christ would come to "gather his wheat into his barn, but the chaff he will burn with unquenchable fire" (Mt. 3:12).

Repent and to the Lord's barn we go, harden our hearts and to the unquenchable fire we are thrown. It's all about a very important choice.

Unlike the current world order in which man and nature have been at odds with each other ever since our first parents fell into a state of sin (cf. Gen 3:17-19; CCC 378-9), "the Lord's barn" as envisioned by Isaiah is a new world order that brings perfect harmony: "Then the wolf shall be a guest of the lamb, and the leopard shall lie down with the kid…the lion shall eat hay like the ox. The baby shall play by the cobra's den, and the child lay his hand on the adder's lair" (Isaiah 11:6-8). How can we live in this amazing and beautiful world? Make good use of our freedom to choose to repent and accept Jesus' salvific grace.

In the Scriptures, man's freedom to choose was something so precious and highly esteemed that God would do anything to protect it, even if it meant exacting a heavy price. Saul, who became Paul after conversion, was allowed to persecute the early Church; Peter to deny Jesus; Judas to hand over God's only Son. To free Israel from the slavery of Egypt, God parted the Red Sea. To free us from the slavery of sin, His only Son suffered and died for us on the cross.

Every time when the integrity of man's freedom was at stake, God would go to the wall for him - every time, it never failed. For deprived of freedom, what is man? Made on the 6th day in God's image, man was top of the hierarchy of creatures (CCC342), the summit of the Creator's work (CCC 343), and destined for the glory of God (CCC353). He was given the dominance and the freedom to govern all creatures (Genesis 1:26). In fact, all creatures, including heavens and earth, were created for the good of man (CCC 358). So, what is man if deprived of his freedom to take care of God's creation, the freedom to rise above the 6th day to join God on the Sabbath - the 7th day, the Lord's day, the day of perfection and holiness – through the transforming power of the 8th day – the day of Christ's Resurrection, the day of the New Creation (CCC 349)?

No matter what human ideals we strive for, what communities and societies we build, what leaders and governing regimes we support, what religious faiths we believe in, if human freedom is suppressed, they are just accomplices of the powers of darkness that have been lurking in the undercurrents of history, always eager to pounce on the Creator whose plan is to make us free. They strike at the heart of the Scriptures. As such, they must be seen as nemeses against everything that is good, an affront to Jesus work of redemption, and thus unworthy of their power and authority.

I watched with intense interest as each recipient walked on stage to receive his/her medal from President Obama. Many of them looked old and physically frail for their golden and productive years were well gone - gone but not wasted because their contributions to America and to the world, made possible by the freedom that they enjoyed, had helped make every one of us a better person and the world a freer order. I was captivated by the whole ceremony from the beginning to the end. I watched and I cried like a puppy, out of thankfulness to the recipients and to God who has been adamant in defending human freedom.

Disclaimer: The author's outpouring of emotions for the Presidential Medal of Freedom recipients must not be perceived as an endorsement of their personal ways of living, moral values, and political aspirations.

Come, children, come… I will give you living water…