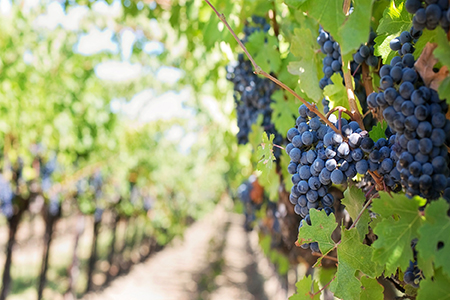 Ezekiel 18:25-28
Thus says the LORD: You say, "The LORD's way is not fair!" Hear now, house of Israel: Is it my way that is unfair, or rather, are not your ways unfair? When someone virtuous turns away from virtue to commit iniquity, and dies, it is because of the iniquity he committed that he must die. But if he turns from the wickedness he has committed, he does what is right and just, he shall preserve his life; since he has turned away from all the sins that he has committed, he shall surely live, he shall not die.

Philippians 2:1-5
Brothers and sisters: If there is any encouragement in Christ, any solace in love, any participation in the Spirit, any compassion and mercy, complete my joy by being of the same mind, with the same love, united in heart, thinking one thing. Do nothing out of selfishness or out of vainglory; rather, humbly regard others as more important than yourselves, each looking out not for his own interests, but also for those of others. Have in you the same attitude that is also in Christ Jesus.

Matthew 12:28-32
Jesus said to the chief priests and elders of the people: "What is your opinion? A man had two sons. He came to the first and said, 'Son, go out and work in the vineyard today.' He said in reply, 'I will not, ' but afterwards changed his mind and went. The man came to the other son and gave the same order. He said in reply, 'Yes, sir, 'but did not go. Which of the two did his father's will?" They answered, "The first." Jesus said to them, "Amen, I say to you, tax collectors and prostitutes are entering the kingdom of God before you. When John came to you in the way of righteousness, you did not believe him; but tax collectors and prostitutes did. Yet even when you saw that, you did not later change your minds and believe him."

Ezekiel’s teaching in today’s first reading remains somewhat theoretical until it is understood in the context of Jesus’ parable of the two sons (Mt 21:28-32).

Ezekiel’s “wicked man” who “has turned away from all the sins which he committed” (Ez 18:27-28) is the first son in Jesus’ parable, whose disobedience turned into an act of love (working in the vineyard for his father and family members) after he “changed his mind” (Mt 21:30). He is compared to tax collectors and prostitutes – considered sinners in Jesus’ time – whose repentance, as shown in their willingness to follow John the Baptist, brings them the grace of “entering the kingdom of God before [the chief priests and elders]” (Mt. 21:31).

The virtuous man who “turns away from virtue to commit iniquity” in Ezekiel’s exhortation (Ez 18:26), on the other hand, is the second son in Jesus’ parable, who is originally obedient to the father but eventually chooses not to do good work (Mt. 21:30). He represents the chief priests and elders, who heard John the Baptist’s call for repentance but “did not later change [their] minds and believe him” (Mt. 21:32). The punishment for such hardness of heart is severe: death according to Ezekiel (Ez. 18:26) and deemed worse than the tax collectors and prostitutes in Jesus’ parable (Mt. 21:31).

It’s hard to miss the common thread connecting Ezekiel’s message and Jesus’ parable - repentance. What is needed is a change of heart – a “turning from the wickedness” in Ezekiel’s word (Ez 18:27), or the first son’s change of mind to rescind his previous decision to disobey his father in Jesus’ parable (Mt 21:29). It’s a complete backtracking just as one is about to fall off the cliff; the result of a beautiful conversion, made possible not by human efforts but by God’s mercies, achieved not because one works hard but because his heart is touched and transformed by the Holy Spirit.

“Remember your mercies, O Lord.” Together we chant in the Responsorial Psalm to drive home this very important message.

“Remember your mercies, O Lord. Good and upright is the LORD; thus he shows sinners the way. He guides the humble to justice, and teaches the humble his way“ (Psalm 25:6, 8-9).

Note: The author follows the NAB and NRSV in interpreting today’s gospel reading.

Come, children, come… I will give you living water…