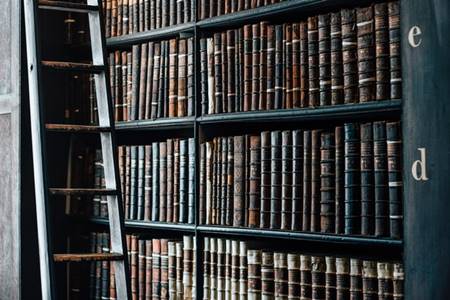 (Vatican News) Pope Francis continues his catechesis on the Letter to the Galatians at the Wednesday General Audience, saying St. Paul urges Christians to look beyond the Mosaic Law to its fulfillment in Christ.

“Why the law?” Pope Francis chose to focus his catechesis at the weekly General Audience on that question from St. Paul’s Letter to the Galatians (3:19.21-22).

The Pope said the aim of his reflections would be to “recognize the newness of the Christian life enlivened by the Holy Spirit.”

Writing to the Galatians, St. Paul was seeking to refute his detractors’ argument that Gentile (non-Jewish) Christians had to follow all the precepts of the Mosaic Law, something the Apostles had already decided against at the “first council” of Jerusalem (Acts 15:28-29).

God’s Covenant and Law
Pope Francis explained that the Mosaic Law was related to the Covenant that God had established with His People.

Contained in the Torah—the first five books of the Old Testament—the Law was the means by which the Jewish people maintained their bond with God and respected the Covenant.

“Several times, especially in the prophetic books,” said the Pope, “it is noted that not observing the precepts of the Law constituted a real betrayal of the Covenant, provoking God’s wrath as a consequence.”

This close connection meant the Covenant and the Law were often understood as two inseparable realities.

Covenant based on faith in the promise
However, St. Paul consistently argued that this was not the case for the disciples of Christ.

“The Apostle explains to the Galatians that, in reality, the Covenant and the Law are not linked indissolubly,” said Pope Francis.

He based his argument on the fact that God’s Covenant with Abraham came “430 years before” God gave the Law to Moses.

St. Paul noted that the Covenant is grounded “on faith in the fulfillment of the promise.”

Law fulfilled in Christ
Pope Francis said St. Paul was not opposed to the Mosaic Law, often defending its divine origin and “well-defined role in the history of salvation” in several of his letters.

“The Law, however, does not give life. It does not offer the fulfillment of the promise because it is not capable of being able to fulfill it,” he said. “Those who seek life need to look to the promise and to its fulfillment in Christ.”

“All those who have faith in Jesus Christ are called to live in the Holy Spirit,” he said, “who liberates from the Law and, at the same time, brings it to fulfillment according to the commandment of love.”

Pope Francis added that the commandments and the Law direct us toward Christ.

“May the Lord help us journey along the path of the commandments, while looking to the love of Christ and knowing that the encounter with Jesus is more important than all the commandments."