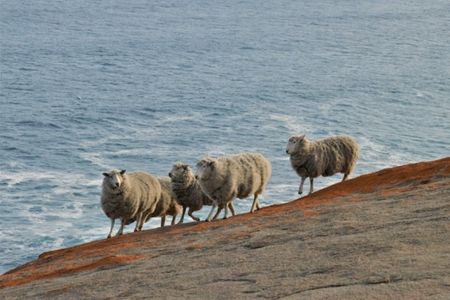 (Vatican News) Pope Francis sheds light on the theme of discernment during his catechesis at the weekly General Audience by recalling the example of St. Ignatius of Loyola, and highlights how God works through unforeseen events and mishaps.

Pope Francis continued his cycle of reflections on the theme of discernment during his catechesis at the General Audience on Wednesday.

The Holy Father recalled the example of St. Ignatius of Loyola, and the decisive episode of the saint’s life when he was home convalescing after his leg was injured in battle. To chase away boredom, St. Ignatius asked for something to read and unfortunately, only the lives of saints was to be found in the house.

In the course of reading, St. Ignatius began to discover another world that captivated him and seemed to compete with that of knights, and he became fascinated by the figures of Sts. Francis and Dominic, with a desire to imitate them.
Saint Ignatius sensed within himself an alternation of thoughts, and he began to notice differences. In his autobiography, the saint notes that when he thought about the things of the world, he felt much pleasure, but afterward, he felt dry and sad. Instead, when he thought of going to Jerusalem barefoot and practicing other austerities, he found pleasure not only while thinking of them, but also when he had ceased.

Time and the end point of thoughts

Pope Francis noted that two aspects are noticeable in St. Ignatius’ experience. First, time, because thoughts of the world are attractive at first but they lose their lustre and leave one empty and discontented.

“Thoughts of God, on the contrary, rouse first a certain resistance, but when they are welcomed, they bring an unknown peace that lasts over time.”

The other aspect is the end point of thoughts, added the Pope. There is a development of discernment, and we understand what is good for us not in an abstract, general way, but in the journey of our life.

In fact, St. Ignatius in the rules for discernment lays out an important premise: "In the persons who go from mortal sin to mortal sin, the enemy is commonly used to propose to them apparent pleasures, making them imagine sensual delights and pleasures in order to hold them more and make them grow in their vices and sins. In these persons, the good spirit uses the opposite method, pricking them and biting their consciences through the process of reason."

“There is a history that precedes one who discerns, a history that is indispensable to know, because discernment is not a sort of oracle or fatalism, like casting one’s lot on two possibilities.”

Indeed, the great questions arise when we have travelled a stretch of the road in life, and it is to that journey we must return to understand what we are looking for.

Fr St. Ignatius, who was not thinking of God when he found himself injured after battle, his first experience of God was by listening to his own heart which showed him a reversal – that things that were attractive at first sight left him disillusioned, whereas in others, less dazzling, he found lasting peace.

Another aspect of discernment is the “apparent randomness in the events of life,” Pope Francis said.

During St. Ignatius’ convalescence, there were no books of knights, only lives of saints – a mishap that held a possible turning point - and it is only after some time that Ignatius realized this, at which point he devoted his full attention to it.

“God works through unforeseen events, and also in mishaps,” stressed the Pope, pointing at the passage from the Gospel of Matthew of the man plowing his field and coming across a buried treasure. The man subsequently recognizes it as the windfall of his life and acts accordingly, selling everything and buying the field.

Concluding, Pope noted that discernment is the “aid in recognizing the signals with which the Lord makes Himself known in unexpected, even unpleasant situations, as the leg injury was for St. Ignatius, and a life-changing encounter can arise from them forever."