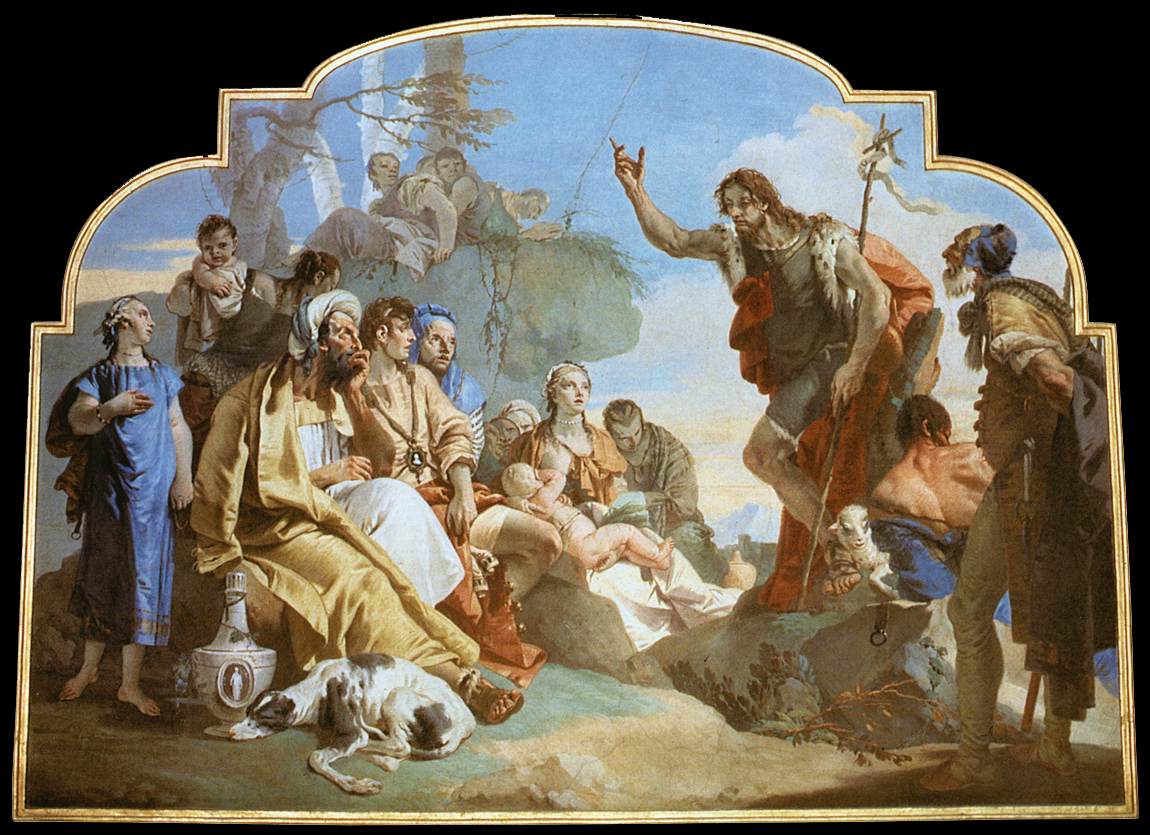 Jesus said to the Jews: “If I testify on my own behalf, my testimony is not true. But there is another who testifies on my behalf, and I know that the testimony he gives on my behalf is true. You sent emissaries to John, and he testified to the truth. I do not accept human testimony, but I say this so that you may be saved. He was a burning and shining lamp, and for a while you were content to rejoice in his light. But I have testimony greater than John's. The works that the Father gave me to accomplish, these works that I perform testify on my behalf that the Father has sent me. Moreover, the Father who sent me has testified on my behalf. But you have never heard his voice nor seen his form, and you do not have his word remaining in you, because you do not believe in the one whom he has sent. You search the Scriptures, because you think you have eternal life through them; even they testify on my behalf. But you do not want to come to me to have life.
John 5:31-47

"I do not accept human praise; moreover, I know that you do not have the love of God in you. I came in the name of my Father, but you do not accept me; yet if another comes in his own name, you will accept him. How can you believe, when you accept praise from one another and do not seek the praise that comes from the only God? Do not think that I will accuse you before the Father: the one who will accuse you is Moses, in whom you have placed your hope. For if you had believed Moses,
you would have believed me, because he wrote about me. But if you do not believe his writings, how will you believe my words?"

The witness of John the Baptist was the witness of God: for what he said, God taught him. But to anticipate the Jews asking how it appeared that God taught John, as if the Jews had objected that John's witness might not be true, our Lord says to them, "you sought him yourselves to inquire of him; that is why I use his testimony, for I need it not." He adds, "But these things I say that you might be saved." As if He said, "I being God, do not need this human kind of testimony. But, since you listen more to him, and think him more credible than anyone else, while you do not believe me, even though I work miracles; for this cause I remind you of his testimony." But had the Jews not received John's testimony? Before they have time to ask this, Jesus answers it: "He was a burning and a shining light, and you were willing for a season to rejoice in his light." He says this to show, how little attention they had given John, and how soon they had left him, thus preventing him from leading them to Christ. Jesus calls John a candle, because John did not have light coming from himself; but from the grace of the Holy Spirit.