Pope Francis: The modern quest for truth has been tempted 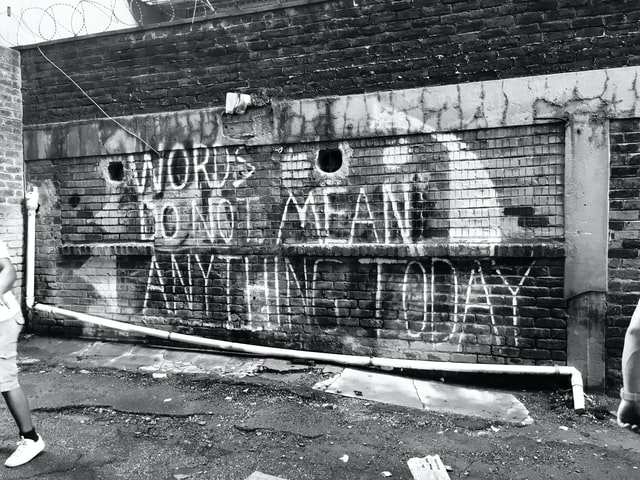 (Vatican News) At the Wednesday General Audience, Pope Francis continues his catechesis on old age, and urges the elderly to hold on to their passion for justice while resisting the temptation to accumulate knowledge without turning it into action.

Pope Francis reflected on the Old Testament Book of Qoheleth, or Ecclesiastes, at the weekly General Audience, noting how its refrain “everything is vanity” represents a particular temptation in our own day and age.

He said the wise man Qoheleth bounced back and forth from sense and meaninglessness in his quest for knowledge of life, saying he teetered on non-sense when leaning toward knowledge detached from “passion for justice.”

Qoheleth, added the Pope, concluded his book with an indication of how to get out of the trap: “Fear God, and keep His commandments; for this is the whole duty of man.”

Elderly must embrace passion for justice

Pope Francis said each of us has been tempted toward indifference when we see that our efforts seem to produce no results and reality appears to turn everything—both good and bad—into nothingness.

He added that “a kind of negative intuition” especially tempts people advanced in years, possibly leading them to disenchantment.

“The resistance of old age to the demoralising effects of disenchantment is decisive: If the elderly, who have now seen it all, keep intact their passion for justice, then there is hope for love, and also for faith.”

The Pope said our contemporary world believes it can “measure and manipulate everything”, which then results in “a collective demoralization of meaning, love, and goodness.”

Truth without action leads to paralysis

The Holy Father went on to reflect on why knowledge detached from action is so harmful to a person.

“A supposed ‘truth’, which limits itself to registering the world, also registers its indifference to opposites and consigns them, without redemption, to the flow of time and the fate of nothingness. In this form – cloaked in the trappings of science, but also very insensitive and very amoral – the modern quest for truth has been tempted to take leave of its passion for justice altogether. It no longer believes in its destiny, its promise, its redemption.”

Pope Francis said modern culture “combines knowledge and irresponsibility” in an attempt to take away the moral impact of our actions, and takes us down the path of “paralysis of the soul.”

Qoheleth, said the Pope, called this temptation “a delirium of omniscience”, something the early monks of the Church called “acedia” or a “surrender to the knowledge of the world devoid of any passion for justice and consequent action.”

Pope Francis noted that giving in to this temptation “opens the door to the aggressiveness of the forces of evil” in the form of ideologies.

“This an-affective and ir-responsible reason also takes away meaning and energy from knowledge of truth,” he said. “It is no coincidence that ours is the age of fake news, collective superstitions, and pseudo-scientific truths.”

Wisdom of old age can save young from knowledge trap

In conclusion, Pope Francis called on the elderly to help younger generations turn away from the “delusion of a truth of the mind devoid of a desire for justice.”

“Elderly people rich in wisdom and humour do so much good for the young! They save them from the temptation of a sad worldly knowledge devoid of the wisdom of life.”

Source: Pope at Audience: Elderly must resist temptation to knowledge without action

Pope Francis: To find the right orientation of life, everyone needs the truth – which is Christ