“The appearance of his face changed, and his clothes became dazzling white” (Luke 9:28) 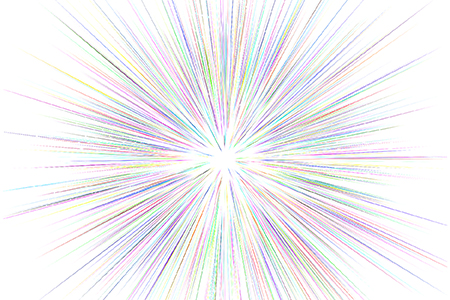 Genesis 15:5-12,17-18
The Lord God took Abram outside and said, “Look up at the sky and count the stars, if you can. Just so,” he added, “shall your descendants be.” Abram put his faith in the LORD, who credited it to him as an act of righteousness. He then said to him, “I am the LORD who brought you from Ur of the Chaldeans to give you this land as a possession.” “O Lord GOD,” he asked, “how am I to know that I shall possess it?” He answered him, “Bring me a three-year-old heifer, a three-year-old she-goat, a three-year-old ram, a turtledove, and a young pigeon.” Abram brought him all these, split them in two, and placed each half opposite the other; but the birds he did not cut up. Birds of prey swooped down on the carcasses, but Abram stayed with them. As the sun was about to set, a trance fell upon Abram, and a deep, terrifying darkness enveloped him. When the sun had set and it was dark, there appeared a smoking fire pot and a flaming torch, which passed between those pieces. It was on that occasion that the LORD made a covenant with Abram, saying: “To your descendants I give this land, from the Wadi of Egypt to the Great River, the Euphrates.”

Philippians 3:17-4:1
Join with others in being imitators of me, brothers and sisters, and observe those who thus conduct themselves according to the model you have in us. For many, as I have often told you and now tell you even in tears, conduct themselves as enemies of the cross of Christ. Their end is destruction. Their God is their stomach; their glory is in their “shame.” Their minds are occupied with earthly things. But our citizenship is in heaven, and from it we also await a savior, the Lord Jesus Christ. He will change our lowly body to conform with his glorified body by the power that enables him also to bring all things into subjection to himself. Therefore, my brothers and sisters, whom I love and long for, my joy and crown, in this way stand firm in the Lord.

Luke 9:28B-36
Jesus took Peter, John, and James and went up the mountain to pray. While he was praying his face changed in appearance and his clothing became dazzling white. And behold, two men were conversing with him, Moses and Elijah, who appeared in glory and spoke of his exodus that he was going to accomplish in Jerusalem. Peter and his companions had been overcome by sleep, but becoming fully awake, they saw his glory and the two men standing with him. As they were about to part from him, Peter said to Jesus, “Master, it is good that we are here; let us make three tents, one for you, one for Moses, and one for Elijah.” But he did not know what he was saying. While he was still speaking, a cloud came and cast a shadow over them, and they became frightened when they entered the cloud. Then from the cloud came a voice that said, “This is my chosen Son; listen to him.” After the voice had spoken, Jesus was found alone. They fell silent and did not at that time tell anyone what they had seen.

This Sunday’s Gospel Reading is Luke’s account of Jesus’ transfiguration. While He prays on a mountain “The appearance of his face changed, and his clothes became dazzling white” (Luke 9:29). Moses and Elijah also appear in glory and they speak to Jesus “of his exodus, which he was about to accomplish at Jerusalem” (Luke 9:31). The transfiguration ends with the climax when “from the cloud came a voice that said, ‘This is my Son, my Chosen; listen to him!’” (Luke 9:35).

In his Angelus of February 25, 2018, Pope Francis explained that the transfiguration is related to what happened six days before, when Jesus reveals to his disciples that in Jerusalem he will "suffer many things. He will be rejected by the elders and chief priests and teachers of the Law and put to death. Then after three days he will be raised to life" (Luke 9:22).

The Pope said that the announcement is a challenge to Peter and the whole group of disciples, who reject the idea that Jesus is to suffer and die. By leading Peter, James and John to a high mountain and showing them his glory - the glory of the Son of God - Jesus enables them to face His Passion in a positive way.

Pope Francis encouraged his audience to climb up with Jesus on the mountain, to stop with Him, to be more attentive to the voice of God and to allow oneself to be enveloped and transformed by the Spirit. It is important to live out the experience of contemplation and prayer and to enjoy intimacy with God.

Personally, the transfiguration account has always been uplifting and inspiring. I remember once driving by the church on a dull day when my heart was quite burdened with the news from a very dear friend who was stricken with a mysterious ailment for almost a year. Tests after tests were done but there was no conclusive diagnosis. While one could say that no news is good news but the discomfort caused by the symptoms and the anxiety of the seemingly endless wait was very trying to the patient and the family. So on this dreary day, I decided to stop by the church to pray. I went into the chapel hoping to find some solace before the Blessed Sacrament. Although I was like the disciples who were “weighed down with sleep” but “stayed awake” yet for some reason, I was able to talk to Jesus almost right away, telling Him all that was on my mind. When I left after a brief stay, the burden was lifted from my heart. It was as if I had a moment of transcendence in which my faith was strengthened just when it began to dwindle under the cares of the world.

The meaning of Jesus’ transfiguration