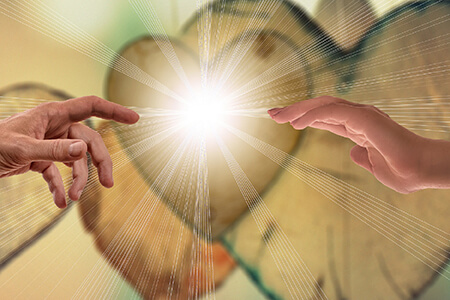 Jonah 3:1-5, 10
The word of the LORD came to Jonah, saying: "Set out for the great city of Nineveh, and announce to it the message that I will tell you." So Jonah made ready and went to Nineveh, according to the LORD'S bidding. Now Nineveh was an enormously large city; it took three days to go through it. Jonah began his journey through the city, and had gone but a single day's walk announcing, "Forty days more and Nineveh shall be destroyed, " when the people of Nineveh believed God; they proclaimed a fast and all of them, great and small, put on sackcloth. When God saw by their actions how they turned from their evil way, he repented of the evil that he had threatened to do to them; he did not carry it out.

1 Corinthians 7:29-31
I tell you, brothers and sisters, the time is running out. From now on, let those having wives act as not having them, those weeping as not weeping, those rejoicing as not rejoicing, those buying as not owning, those using the world as not using it fully. For the world in its present form is passing away.

Mark 1:14-20
After John had been arrested, Jesus came to Galilee proclaiming the gospel of God: "This is the time of fulfillment. The kingdom of God is at hand. Repent, and believe in the gospel." As he passed by the Sea of Galilee, he saw Simon and his brother Andrew casting their nets into the sea; they were fishermen. Jesus said to them, "Come after me, and I will make you fishers of men." Then they abandoned their nets and followed him. He walked along a little farther and saw James, the son of Zebedee, and his brother John. They too were in a boat mending their nets. Then he called them. So they left their father Zebedee in the boat along with the hired men and followed him.

Today our first reading for mass is taken from the book of the prophet Jonah, which summarizes beautifully the essential dynamics of our spiritual life. Let us unpack these spiritual principles which also apply to us. It begins with the Word of the Lord coming to Jonah saying, "Set out for the great city of Nineveh, and preach against it; for their wickedness has come before me" (Jon 1:2). In Biblical religion, our life begins with a call: Abraham, Isaac, Jacob, Moses, Peter, Paul, and all the great figures are called by God. They did not set the tone for their lives themselves, rather they are summoned by God. In the same way, our lives are not about us, they are about God, and what God demands of us.

So Jonah hears a call to go to the city of Nineveh, and to announce repentance. It is described that Nineveh is a great city, so Jonah's job is difficult, and he is reluctant. It is another spiritual lesson: God's calls are oftentimes demanding, and all of us are summoned by God with some great but difficult tasks. For example, if you are a lawyer or a judge, what is your call to Nineveh? May I suggest the call might be to live in accordance with justice and for the sake of justice, not for your self-aggrandizement, money, and power, but to be a servant of justice. If you are a business person, your call to Nineveh might be to live in such a way that you are concerned for others, and serve others using your business skills to benefit them, not yourself. It is the truth, goodness, beauty, justice which are our calls to Nineveh; our prophetic call is to live according to God’s purposes.

What does Jonah do when he hears this call? Like most people who are summoned by God, he resists. He flees all the way to “Tarshish”, to the southern point of Spain. It is a Biblical metaphor of saying he runs away as far as he can, in the opposite direction of where God wants him to go. Many of us who hear the summon of God but do not respond, and go in precisely the opposite direction. We are being summoned to a life in love with justice and truth, love for others, and holiness, but instead, we live our whole life running to Tarshish, in precisely the opposite direction. Jonah gets on a ship in Tarshish, convinced that he is avoiding the press of God, thinking that if he gets as far away as he can, he will not feel the presence of God. Does this often resonate in our heart?

Jonah is on a boat with several others, and a terrible storm picks up and threatens them, their ship is being pounded by the waves. What is the spiritual lesson? When we disobey the call of God, our life becomes chaotic and tumultuous. Moreover, our disobedience affects not only ourselves, but all of those around us. Therefore, going with the grain of God's call is the key. In the midst of the storm, they find that Jonah is the one who is responsible, and they throw him overboard, and immediately the storm subsides. Jonah is then swallowed by a great fish, and for three days he lives in the belly of that fish. Another lesson: Resistance to God's call causes a storm, and when we finally surrender to God, what we need is a moment of purification. Jonah, with his egotism and fear, runs away, but when he finally surrenders to God, he is being swallowed up, and is constrained in the belly of the fish, unable to move. It feels like imprisonment, but the truth is that our errand will is being drawn into the power of a greater will! The fish is swimming with him all the way back from where he came. God is grasping Jonah, limiting his own freedom, restricting him, and bringing him back where God wants him to be. Let us think of Moses spending years in the desert before his mission, and Paul after encountering the light of Christ, he was sent three years in the desert, preparing for the mission. In the same principle, when we suffer, go into a time of depression, dryness, or failure, and our life seems to be shutting down or being restricted, we should read it as a time of Jonah, a time in the belly of the fish. It is not an arbitrary punishment, but rather it is disciplining our wills, in preparation for the mission. The fish swims with Jonah all the way back, and it vomits him out on the seashore just where he started. This time Jonah follows the will of God, and he goes to the great city of Nineveh, and proclaims repentance. The people in the whole city all repent, from the King, to the common people, and even the “cattle put on sackcloth” (Jon 3:8). Jonah becomes one of the most powerful preachers in history.

So what is God calling you to do right now? Once you find out, do not run, and let ourselves be disciplined, and respond to the call. When we surrender and do the will of God, our life becomes rich, and we will be a conduit of grace.

Acknowledgement
This is an excerpt from Bishop Robert Barron’s homilies, including “The Spiritual Drama of Jonah” , and “The Reluctant Prophet” .
For more information, please visit WordOnFire.org.

How do we prepare for Advent in this unprecedented time?