When The Word Of God Is Proclaimed…. 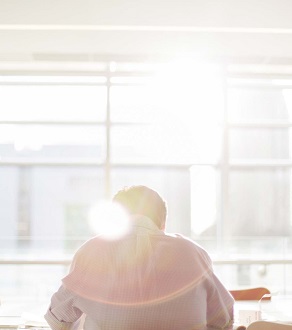 Nehemiah 8:2-4A,5-6,8-10
Ezra the priest brought the law before the assembly, which consisted of men, women, and those children old enough to understand. Standing at one end of the open place that was before the Water Gate, he read out of the book from daybreak till midday, in the presence of the men, the women, and those children old enough to understand; and all the people listened attentively to the book of the law. Ezra the scribe stood on a wooden platform that had been made for the occasion. He opened the scroll so that all the people might see it — for he was standing higher up than any of the people —; and, as he opened it, all the people rose. Ezra blessed the LORD, the great God, and all the people, their hands raised high, answered, “Amen, amen!” Then they bowed down and prostrated themselves before the LORD, their faces to the ground. Ezra read plainly from the book of the law of God, interpreting it so that all could understand what was read. Then Nehemiah, that is, His Excellency, and Ezra the priest-scribe and the Levites who were instructing the people said to all the people: “Today is holy to the LORD your God. Do not be sad, and do not weep”— for all the people were weeping as they heard the words of the law. He said further: “Go, eat rich foods and drink sweet drinks, and allot portions to those who had nothing prepared; for today is holy to our LORD. Do not be saddened this day, for rejoicing in the LORD must be your strength!”

Luke 1:1-4;4:14-21
Since many have undertaken to compile a narrative of the events that have been fulfilled among us, just as those who were eyewitnesses from the beginning and ministers of the word have handed them down to us, I too have decided, after investigating everything accurately anew, to write it down in an orderly sequence for you, most excellent Theophilus, so that you may realize the certainty of the teachings you have received. Jesus returned to Galilee in the power of the Spirit, and news of him spread throughout the whole region. He taught in their synagogues and was praised by all. He came to Nazareth, where he had grown up, and went according to his custom into the synagogue on the sabbath day. He stood up to read and was handed a scroll of the prophet Isaiah. He unrolled the scroll and found the passage where it was written: The Spirit of the Lord is upon me, because he has anointed me to bring glad tidings to the poor. He has sent me to proclaim liberty to captives and recovery of sight to the blind, to let the oppressed go free, and to proclaim a year acceptable to the Lord. Rolling up the scroll, he handed it back to the attendant and sat down, and the eyes of all in the synagogue looked intently at him. He said to them, “Today this Scripture passage is fulfilled in your hearing.”

The people who attended the Jubilee of Mercy Canada Chinese Catholic Conference a few weeks ago will find striking resemblances between the message of this Sunday’s readings and the Conference experience.

There was a strong sense of community and spiritual renewal in the post-exilic era of Ezra and Nehemiah. After many years of political subjugation, social deprivation, and national humiliation under the rule of the Babylonians, the Jews, who had been given an opportunity to return to their homeland to live as a nation again by King Cyrus of Persia, would once again rediscover their national identity and unbreakable bond as God’s chosen people dedicated to observing the Torah as the basic rule of life. Who can fail to heed the touching scene in the first reading when Ezra, standing in an open place before the Water Gate, read out the book of the law to his fellow Jews, who “bowed down and prostrated themselves before the Lord” and “were weeping as they heard the words of the law” (Neh 8:6, 9)?

Living in a country of immigrants and multiculturalism, the Chinese Catholic community in Canada has had its fair share of “identity crisis”. Confronted with totally different living conditions, weathers, languages, social and cultural values, many of us are struggling to find a new equilibrium in a foreign land that will allow us to continue to live in peace and comfort again. It is a lengthy and difficult adjustment that affects not only the social aspect of our lives but also our spiritual relationship with God and with one another.

Like the Jewish community that gathered before Ezra, Nehemiah, and their elders at the Water Gate to hear the book of the law proclaimed “from daybreak till midday” (Neh 8:3), more than 1,200 Chinese Catholic faithful from across the country gathered before Archbishop Savio Hon and the clerics and religious of the community at the first ever Canada Chinese Catholic Conference on January 2, 2016 to experience a day of worship and spiritual renewal. Like the post-exilic Jews who rediscovered their unity and national identity as the chosen people of God after living in hardship and disarray for many years, there was something extraordinary and powerful about the Conference experience that somehow reminded the participants of their unbreakable bond as a Chinese Catholic community, and of their communion as many parts in the one Body of Christ that St. Paul referred to in the second reading. His Excellency, Archbishop Hon alluded to the same Pauline concept when he pointed out to 450 guests present in the post-Conference banquet, including clergy, religious, and laity, that more than a loose cluster of parishes and faith communities, the Chinese Catholic faithful in Canada were “a family” due to our common ancestral roots and our unity in “one Lord, one faith, one baptism” (Eph. 4:5).

When the book containing the word of God is opened up and proclaimed, the universe stands still and things inexplicably happen (cf. Rev. 8:1, Is. 55:11). Whether it was Ezra reading out the book of the law to his people at the Water Gate, or Jesus reciting from the prophet Isaiah in a synagogue in Nazareth, or Archbishop Savio Hon expounding from the Scriptures on the mercy of God at the Conference in Toronto, the proclamation of the word of God always promises to pierce the human hearts (cf. Heb 4:12) and bring down all barriers.