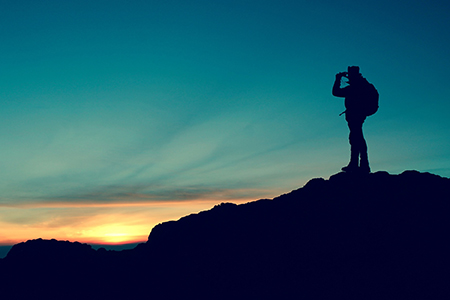 Acts 1:1-11
In the first book, Theophilus, I dealt with all that Jesus did and taught until the day he was taken up, after giving instructions through the Holy Spirit to the apostles whom he had chosen. He presented himself alive to them by many proofs after he had suffered, appearing to them during forty days and speaking about the kingdom of God. While meeting with them, he enjoined them not to depart from Jerusalem, but to wait for "the promise of the Father about which you have heard me speak; for John baptized with water, but in a few days you will be baptized with the Holy Spirit." When they had gathered together they asked him, "Lord, are you at this time going to restore the kingdom to Israel?" He answered them, "It is not for you to know the times or seasons that the Father has established by his own authority. But you will receive power when the Holy Spirit comes upon you, and you will be my witnesses in Jerusalem, throughout Judea and Samaria, and to the ends of the earth." When he had said this, as they were looking on, he was lifted up, and a cloud took him from their sight. While they were looking intently at the sky as he was going, suddenly two men dressed in white garments stood beside them. They said, "Men of Galilee, why are you standing there looking at the sky? This Jesus who has been taken up from you into heaven will return in the same way as you have seen him going into heaven."

Ephesians 1:17-23
Brothers and sisters: May the God of our Lord Jesus Christ, the Father of glory, give you a Spirit of wisdom and revelation resulting in knowledge of him. May the eyes of your hearts be enlightened, that you may know what is the hope that belongs to his call, what are the riches of glory in his inheritance among the holy ones, and what is the surpassing greatness of his power for us who believe, in accord with the exercise of his great might, which he worked in Christ, raising him from the dead and seating him at his right hand in the heavens, far above every principality, authority, power, and dominion, and every name that is named not only in this age but also in the one to come. And he put all things beneath his feet and gave him as head over all things to the church, which is his body, the fullness of the one who fills all things in every way.

Mark 16:15-20
Jesus said to his disciples: “Go into the whole world and proclaim the gospel to every creature. Whoever believes and is baptized will be saved; whoever does not believe will be condemned. These signs will accompany those who believe: in my name they will drive out demons, they will speak new languages. They will pick up serpents with their hands, and if they drink any deadly thing, it will not harm them. They will lay hands on the sick, and they will recover.” So then the Lord Jesus, after he spoke to them, was taken up into heaven and took his seat at the right hand of God. But they went forth and preached everywhere, while the Lord worked with them and confirmed the word through accompanying signs.

“Men of Galilee, why gaze in wonder at the heavens? This Jesus whom you saw ascending into heaven will return as you saw him go”, said two angels appearing as “men in white robes” after Jesus was “lifted up and a cloud took him out of their sight” 40 days after His Resurrection (Acts 1:9-11). The account of the Ascension of our Lord marks the end of the Gospel of Mark and the beginning of the Acts of the Apostles which contains 30 years of Christian history beginning with the Ascension to Paul’s imprisonment in Rome (Ref. Ignatius Catholic Study Bible).

Before His Ascension, Jesus’ mandate to the Apostles is to “be [His] witnesses in Jerusalem, in all Judea and Samaria, and to the ends of the earth” (Acts 1:8). The Apostles faithfully carried out their mission as recorded in the last verse of the gospel, “They went out and proclaimed the good news everywhere, while the Lord worked with them and confirmed the message by the signs that accompanied it” (Mk 16:20). Our church today is indeed the “one, holy, catholic and apostolic church” that Jesus commissions (Nicene Creed).

The time of the Church begins with the Ascension of our Lord that signifies his participation, in his humanity, in God's power and authority. The redemption is the source of the authority that Christ, by virtue of the Holy Spirit, exercises over the Church. “God puts his power to work in Christ when he raised him from the dead and seated him at his right hand … far above all rule and authority and power and dominion … not only in this age but also in the age to come”, “And he has put all things under his feet and has made him the head over all things for the Church, which is his body” (Eph 1:20-22, Ref ICSB, CCC 668-9).

Since the Ascension, God's plan has entered into fulfillment. We are now in the final age of the world, the renewal of which is underway.  Jesus confirms the coming of the messianic kingdom to bring humanity justice, love and peace but conceals the precise timing as determined by the Father, “It is not for [us] to know times or seasons which the Father has fixed by his own authority" (Acts 1:7, Ref ICSB, CCC 672). The present time is “the time of the Spirit and of witness, but also a time still marked by ‘distress’ and the trial of evil which does not spare the Church and ushers in the struggles of the last days”, it is a time of waiting and watching for the second coming of Christ in glory (CCC 672).

The second reading is St. Paul’s prayer for the Ephesians. One of the things he prays for them (and for us as well) is that “with the eyes of [their] heart enlightened, [they] may know what is the hope to which Christ has called [them]” (Eph 1:18).  We are the faithful who believe that “He will come again to judge the living and the dead and his kingdom will have no end”. As we endure the inevitable challenges, struggles and trials of the world, may we remain in joyful hope and “look forward to the resurrection of the dead and the life of the world to come” (Nicene Creed). Amen.