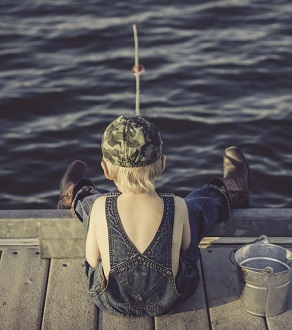 Isaiah 6:1-2A,3-8
In the year King Uzziah died, I saw the Lord seated on a high and lofty throne, with the train of his garment filling the temple. Seraphim were stationed above. They cried one to the other, “Holy, holy, holy is the LORD of hosts! All the earth is filled with his glory!” At the sound of that cry, the frame of the door shook and the house was filled with smoke. Then I said, “Woe is me, I am doomed! For I am a man of unclean lips, living among a people of unclean lips; yet my eyes have seen the King, the LORD of hosts!” Then one of the seraphim flew to me, holding an ember that he had taken with tongs from the altar. He touched my mouth with it, and said, “See, now that this has touched your lips, your wickedness is removed, your sin purged.” Then I heard the voice of the Lord saying, “Whom shall I send? Who will go for us?” “Here I am,” I said; “send me!”

1 Corinthians 15:1-11
I am reminding you, brothers and sisters, of the gospel I preached to you, which you indeed received and in which you also stand. Through it you are also being saved, if you hold fast to the word I preached to you, unless you believed in vain. For I handed on to you as of first importance what I also received: that Christ died for our sins in accordance with the Scriptures; that he was buried; that he was raised on the third day in accordance with the Scriptures; that he appeared to Cephas, then to the Twelve. After that, Christ appeared to more than five hundred brothers at once, most of whom are still living, though some have fallen asleep. After that he appeared to James, then to all the apostles. Last of all, as to one born abnormally, he appeared to me. For I am the least of the apostles, not fit to be called an apostle, because I persecuted the church of God. But by the grace of God I am what I am, and his grace to me has not been ineffective. Indeed, I have toiled harder than all of them; not I, however, but the grace of God that is with me. Therefore, whether it be I or they, so we preach and so you believed.

Luke 5:1-11
While the crowd was pressing in on Jesus and listening to the word of God, he was standing by the Lake of Gennesaret. He saw two boats there alongside the lake; the fishermen had disembarked and were washing their nets. Getting into one of the boats, the one belonging to Simon, he asked him to put out a short distance from the shore. Then he sat down and taught the crowds from the boat. After he had finished speaking, he said to Simon, “Put out into deep water and lower your nets for a catch.” Simon said in reply, “Master, we have worked hard all night and have caught nothing, but at your command I will lower the nets.” When they had done this, they caught a great number of fish and their nets were tearing. They signaled to their partners in the other boat to come to help them. They came and filled both boats so that the boats were in danger of sinking. When Simon Peter saw this, he fell at the knees of Jesus and said, “Depart from me, Lord, for I am a sinful man.” For astonishment at the catch of fish they had made seized him and all those with him, and likewise James and John, the sons of Zebedee, who were partners of Simon. Jesus said to Simon, “Do not be afraid; from now on you will be catching men.” When they brought their boats to the shore, they left everything and followed him.

In his apostolic letter Novo MillennioIneunte, St John Paul II recalled the fishing incident in today’s Gospel Reading. From it, he called for “a new stage of the Church’s journey” (par 1), the journey of continuous work of evangelization: Duc in altum“Put out into the deep for a catch” (Lk 5:4). Little did Peter know that his obedience had brought in its first catch, “they left everything and followed Him” (Lk 5:11). Neither too could he and his companions imagine two thousand years later, the story of their catch continues to inspire the missionary life of the Church.

It all began with Peter, an experienced fisherman who listened to a carpenter’s son of how to fish in the midst of his frustration and tiredness. His obedience and trust opened the door to the miracle. But more noteworthy was Peter’s response which resembled that of Isaiah (First Reading) and Paul (Second Reading). Isaiah felt his unworthiness when he saw the greatness of the Lord in the temple (Is 6:5) while Paul felt unworthy because he had persecuted the Church (1 Cor 15:9-10). Peter too felt that he was not worthy to be in the company of Jesus because he was a sinner. Each of these three was overwhelmed by the holiness and the grace of God and yet, all of them had become servants of God.

God’s transforming power reminds us that in every time and at every place, God calls us to be His instruments. Unlike the fish caught by the disciples which will end up dead, we are to “catch people” alive and bring them into the kingdom of God where they will be free from sin and receive life. Jesus’ reassuring words of “Do not be afraid” (Lk 5:10) are resonating in us today the way they resonated in Isaiah (Is 41:10, 54:4), in Mary (Lk 1:30) and in Joseph (Mt 1:20). St John Paul II concluded the Novo MillennioIneunte with these words: “Let us go forward in hope! A new millennium is open before the Church like a vast ocean upon which we shall venture….....……The missionary mandate accompanies us into the Third Millennium and urges us to share the enthusiasm of the very first Christians” (par 58).

Let us not be afraid then, duc in altum! Put out into the deep and make our catch!