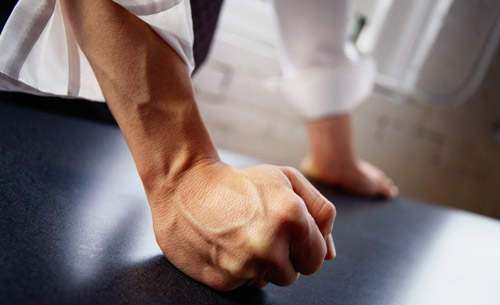 Memorial of Saint Anthony of Padua, Priest and Doctor of the Church ﹣ Matthew 5:20-26

Because the Apostles knew not of any murder besides the destruction of the body, the Lord shows them that every evil thought to the hurt of a brother is to be held for a kind of murder. But what is being angry with a brother; for he is not angry with a brother who is angry at his offense. He then it is who is angry without cause, who is angry with his brother, and not with the offense. But to be angry with a brother to the end that he may be corrected, there is no man of sound mind who forbids. Such sort of emotions come of love of good and of holy charity, are not to be called vices when they follow right reason. Christ does not speak of anger of the flesh, but anger of the heart; for the flesh cannot be so disciplined as not to feel the passion. When then a man is angry but refrains from doing what his anger prompts him, his flesh is angry, but his heart is free from anger.

Raqa is a Syriac word signifying contempt and worthlessness used only in speaking to servants or children. But the Lord descends to the smallest trifles even of our behavior, and bids us treat one another with mutual respect. This is the first mention of hell. Many thinking this a punishment too severe for a mere word, say that this was said figuratively. But if we cheat ourselves with words here, we shall suffer punishment in deed there. Think not then this too heavy a punishment, when so many sufferings and sins have their beginning in a word; a little word has often begotten a murder, and overturned whole cities. And yet it is not to be thought a little word that denies a brother reason and understanding by which we are men and not animals.

If you will make your peace yet in this world, you may receive pardon of even the heaviest offenses; but if once damned and cast into the prison of hell, punishment will be exacted of you not for grievous sins only, but for each idle word, which may be denoted by the very last farthing. A phrase found written on a monastery wall by an anonymous monk sums this teaching very simply: "If you die before you die, you will not die when you die."

anger
Sermon on the Mount