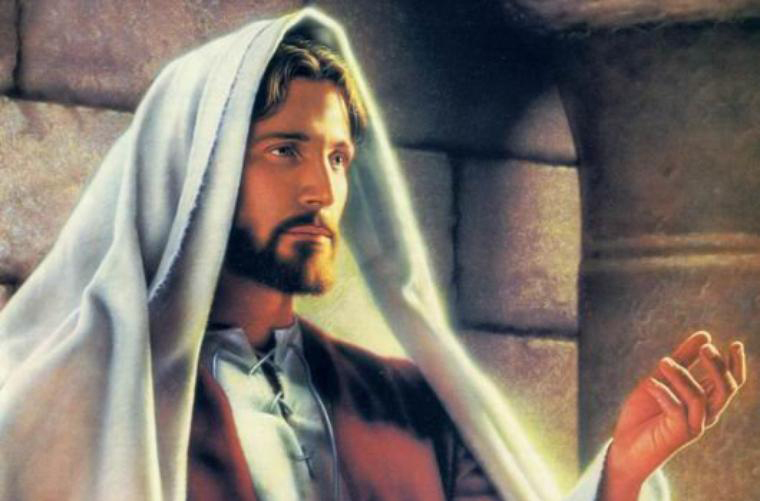 Jesus came to Nazareth, where he had grown up, and went according to his custom into the synagogue on the Sabbath day. He stood up to read and was handed a scroll of the prophet Isaiah. He unrolled the scroll and found the passage where it was written: "The Spirit of the Lord is upon me, because he has anointed me to bring glad tidings to the poor. He has sent me to proclaim liberty to captives and recovery of sight to the blind, to let the oppressed go free, and to proclaim a year acceptable to the Lord." Rolling up the scroll, he handed it back to the attendant and sat down, and the eyes of all in the synagogue looked intently at him. He said to them, “Today this Scripture passage is fulfilled in your hearing.” And all spoke highly of him and were amazed at the gracious words that came from his mouth. They also asked, “Is this not the son of Joseph?” He said to them, “Surely you will quote me this proverb, ‘Physician, cure yourself,' and say, ‘Do here in your native place the things that we heard were done in Capernaum.$0"2$ And he said, “Amen, I say to you, no prophet is accepted in his own native place. Indeed, I tell you, there were many widows in Israel in the days of Elijah when the sky was closed for three and a half years and a severe famine spread over the entire land. It was to none of these that Elijah was sent, but only to a widow in Zarephath in the land of Sidon. Again, there were many lepers in Israel during the time of Elisha the prophet; yet not one of them was cleansed, but only Naaman the Syrian.” When the people in the synagogue heard this, they were all filled with fury. They rose up, drove him out of the town, and led him to the brow of the hill on which their town had been built, to hurl him down headlong. But he passed through the midst of them and went away.
Luke 4:16-30
When our Lord came to Nazareth, He refrains from miracles, lest He should provoke the people to greater malice. But He sets before them His teaching no less wonderful than His miracles. For there was a certain ineffable grace in our Savior's words which softened the hearts of the hearers. But foolish men though wondering at the power of His words little esteemed Him because of His reputed father. Hence it follows, "And they said, Is not this the son of Joseph?"

But what prevents Jesus from filling men with awe, though He were the supposed Son of Joseph? Do you not see the divine miracles, Satan already prostrate, men released from their sickness? For though after a long time and when He had begun to show forth His miracles, He came to them; they did not receive Him, but again were inflamed with envy. Hence it follows, "And he said to them, 'You will surely say to me this proverb, Physician, heal yourself.'" It was as if they said, "We have heard that you performed many cures in Capernaum; do likewise in your own city, where you were nourished and brought up."

But the Savior purposely excuses Himself for not working miracles in His own country, that no one might suppose that patriotism should be taken lightly. For it follows, "But he says, 'Verily I say to you, that no prophet is accepted in his own country.'" As if He says, "You wish me to work many miracles among you, in whose country I have been brought up, but I am aware of a very common failing in the minds of many. To a certain extent it always happens, that very often even the very best things are despised when they fall to a man's lot. So it happens also with respect to men. For a friend who is ever at hand, does not meet with the respect due to him."

But this is given as an example, that if you envy others the fruits of their virtue, you expect in vain the aid of God's mercy. The Lord despises the envious, and withdraws the miracles of His power from those that are jealous of His divine blessings in others. For our Lord's Incarnation is an evidence of His divinity, and His invisible things are proved to us by those which are visible. See then what evils envy produces: because of envy a country is deemed unworthy of the works of its citizen, which was worthy of the conception of the Son of God. By a very apt comparison the arrogance of envious citizens is put to shame, and our Lord's conduct shown to agree with the ancient Scriptures.

Jesus convicted them of their evil intentions, and therefore they are enraged, and hence what follows, "And all they in the synagogue when they heard these things were filled with wrath." Because He had said, "This day is this prophecy fulfilled", they thought that He compared Himself to the prophets, and are therefore enraged, and expel Him out of their city. At the same time we must understand that this bodily endurance was not necessary, but voluntary. When He wills, He is taken, when He wills, He escapes. For how could He be held by a few who was not held by a whole people? But He would have the impiety to be the deed of the many, in order that by a few indeed He might be afflicted, but might die for the whole world. Moreover, He had still rather heal the Jews than destroy them, that by the fruitless issue of their rage they might be dissuaded from wishing what they could not accomplish.

Honesty With God About Our Envy