The Death of John the Baptist 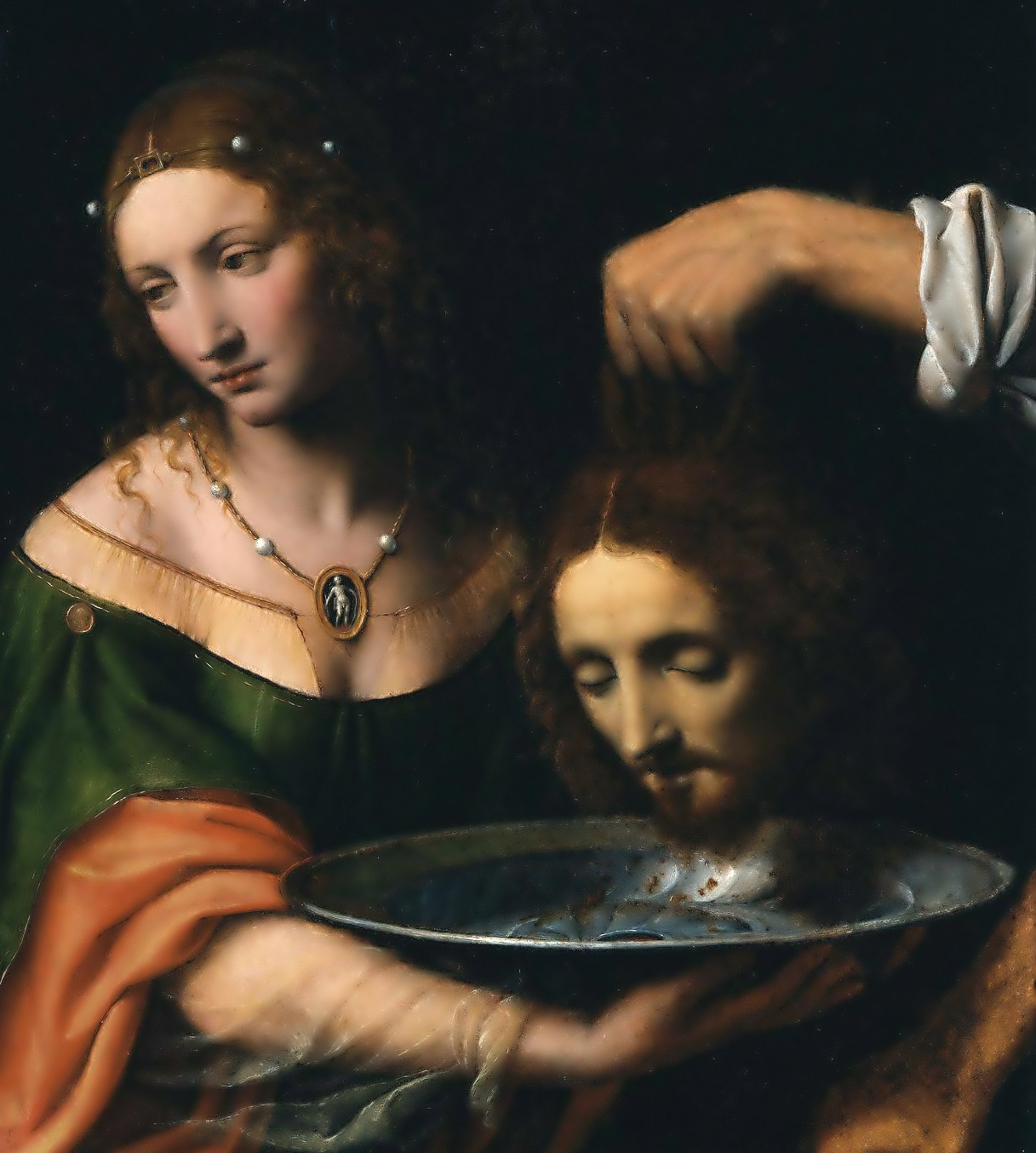 Herod the tetrarch heard of the reputation of Jesus and said to his servants, “This man is John the Baptist. He has been raised from the dead; that is why mighty powers are at work in him.”

Now Herod had arrested John, bound him, and put him in prison on account of Herodias, the wife of his brother Philip, for John had said to him, “It is not lawful for you to have her.” Although he wanted to kill him, he feared the people, for they regarded him as a prophet.

But at a birthday celebration for Herod, the daughter of Herodias performed a dance before the guests and delighted Herod so much that he swore to give her whatever she might ask for. Prompted by her mother, she said, “Give me here on a platter the head of John the Baptist.” The king was distressed, but because of his oaths and the guests who were present, he ordered that it be given, and he had John beheaded in the prison. His head was brought in on a platter and given to the girl, who took it to her mother. His disciples came and took away the corpse and buried him; and they went and told Jesus.
Matthew 14:1-12

It should be known that it is customary not for rich only but for poor mothers also, to educate their daughters in chastity, that they should be scarcely seen by strangers. But this unchaste woman, Herodias, had so brought up her daughter in the same manner as herself, that she had taught her not chastity but dancing. Nor should Herod be blamed less who forgot that this was a royal palace, but this woman made it a theater.

Here is a twofold accusation against Herodias' daughter, that she danced, and that she chose to ask an execution as her reward. Observe how Herod is at once cruel and yielding; he obliges himself by an oath, and leaves her free to choose her request. Yet when he knew what evil was resulting from her request, he was grieved, for virtue gains praise and admiration even among the bad.

For Herodias, fearing that Herod might some time recover his senses, and be reconciled to his brother, and dissolve their unlawful union by a divorce, instructs her daughter to ask at once at the banquet the head of John, a reward of blood worthy of the deed of the dancing.

Observe how John's disciples from then on become more attached to Jesus; it is they who told Him what was done concerning John. For leaving all they take refuge with Him, and so by degrees after their calamity, and the answer given by Christ, they are set right.

The beheading of John marks the increase of that fame which Christ has among the people, as the exaltation of the Lord upon the cross marks the progress of the faith; why John had said, "He must increase, but I must decrease."