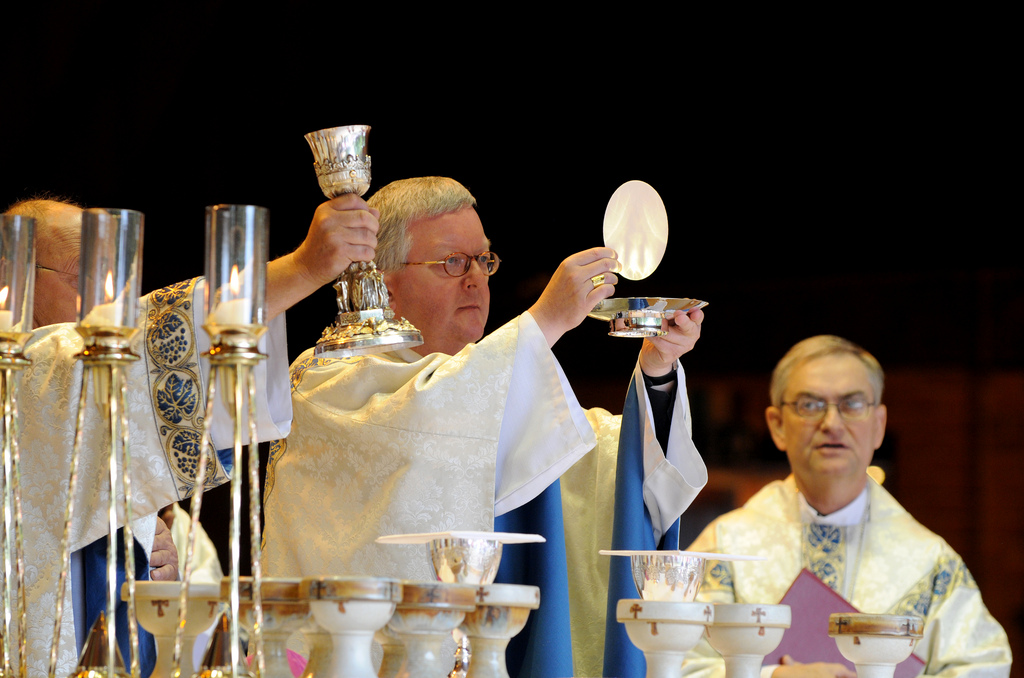 Jesus said to the crowds: “No one can come to me unless the Father who sent me draw him, and I will raise him on the last day. It is written in the prophets: They shall all be taught by God. Everyone who listens to my Father and learns from him comes to me. Not that anyone has seen the Father except the one who is from God; he has seen the Father. Amen, amen, I say to you, whoever believes has eternal life. I am the bread of life. Your ancestors ate the manna in the desert, but they died; this is the bread that comes down from heaven so that one may eat it and not die. I am the living bread that came down from heaven; whoever eats this bread will live forever; and the bread that I will give is my Flesh for the life of the world.”
John 6:44-51

In today's Gospel, Jesus speaks of "the bread which I shall give": this shows His power; for it shows that He was not crucified as a servant, subject to the Father, but of his own accord; for though He is said to have been given up by the Father, yet He delivered Himself up willingly. Observe, the bread which is taken by us in the sacraments, is not only the sign of Christ's flesh, but is itself the very flesh of Christ; for He does not say, "is the sign of My flesh," but, "is My flesh." The bread is by a mystical benediction and by the indwelling of the Holy Spirit, transmuted into the flesh of Christ.

But why do we not see flesh? Because, if flesh were seen, it would revolt us to such a degree, that we should be unable to partake of it. And therefore in condescension to our human weakness, the mystical food is given to us under an appearance suitable to our minds. He gave His flesh for the life of the world, that by dying He destroyed death. By the life of the world too, we understand the resurrection; our Lord's death having brought about the resurrection of the whole human race.