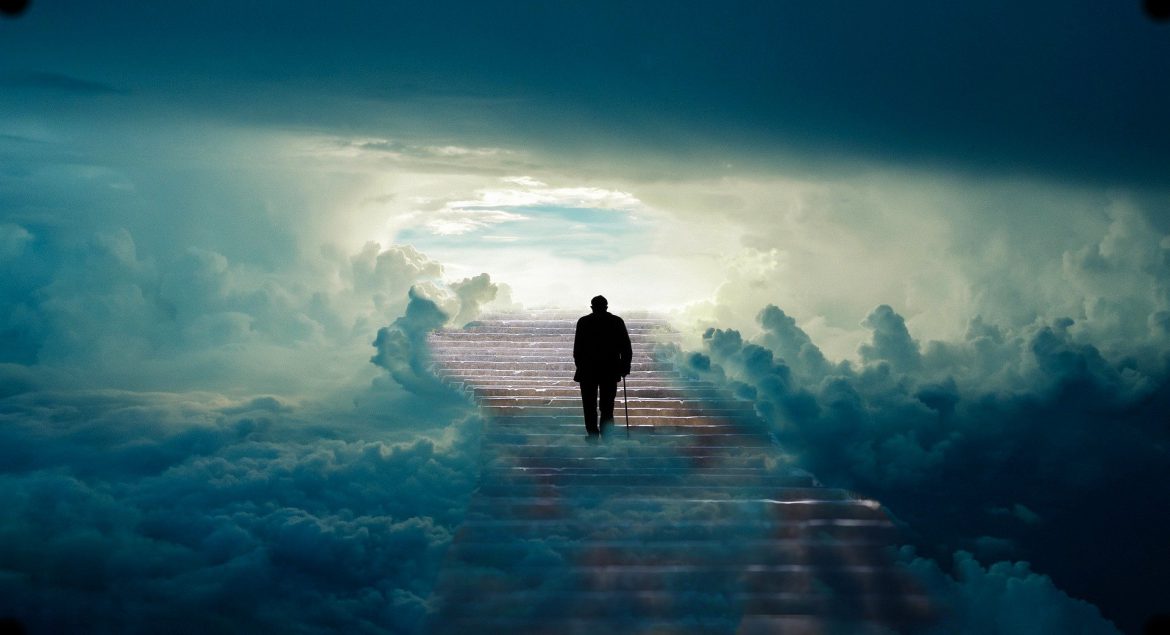 A/N: Today we’re going to talk about presumption, when we think we’ll automatically go to heaven, even if we don’t change our lives or go to Confession. Most of our culture is presumptuous regarding heaven: People think everyone’s going there—I think they just don’t know that they need a saviour.

• I don’t think any of us are callous. Sometimes we’re also just uninformed or get into a spiritual rut and need to be reminded about turning to Jesus sincerely.

S: The crowd “told Jesus about the Galileans whose blood Pilate had mingled with their sacrifices. Jesus asked them, ‘Do you think that because these Galileans suffered in this way they were worse sinners than all other Galileans? No, I tell you; but unless you repent, you will all perish as they did” (Lk 13:1-3). The crowd thinks that sinners suffer more than the virtuous, but Jesus corrects them. We could ask related questions: Do we think we’re better than most people? Do we think we deserve heaven because we’re so good?

• We always talk about never giving in to discouragement, but the opposite sin of discouragement is presumption. We’re so good that we don’t need saving. Sure, there are bad people in the world, and maybe they go to hell. But, we’re the good ones. Jesus says in effect, “No, you’re not! You’re not that good! You don’t deserve heaven! You can’t keep on delaying Confession. You’re playing with fire.” ‘Unless you repent, you will all perish as they did.’

Jesus repeats Himself: “Or those eighteen who were killed when the tower of Siloam fell on them—do you think that they were worse offenders than all the others living in Jerusalem? No, I tell you; but unless you repent, you will all perish just as they did” (13:4-5). When we hear Jesus’ warning, what tone of voice do we hear? It’s not a tone of anger, but of concern and sadness, that we could be eternally lost.

• This clip from The Passion of the Christ shows Jesus’ expression when He warns St. Peter that he’ll deny Him. St. Peter was presumptuous about relying on his own strength (https://www.youtube.com/watch?v=fpXikluVOT4 0:00-0:35). Do you see the sadness in Jesus’ face? Because He knows that, unless we turn to Him, we’ll end up in hell. (Try to remember this scene on Palm Sunday, when we’ll hear it proclaimed.)

Three years ago, we gave three reasons why being ‘good’ is not enough to go to heaven (https://thejustmeasure.ca/2019/03/31/is-being-good-enough-to-go-to-heaven/): 1) Most people aren’t that good; they’re good according to Canadian standards, which means they’re nice, but they might also be lazy, superficial, selfish, committing adultery, lying, etc. 2) Everyone goes against their conscience. Who can say they always obey their conscience? We all do evil, and who’s going to make up for it? So, we need a saviour. 3) Heaven isn’t just a nice place. Heaven is the home of the Father, and, if we don’t love Him, why would we go to His home?

• That leads to a fourth reason. Even if we’re supposedly so good, if we still don’t love Jesus, then that would be like children saying, “Mom, Dad, I do everything you tell me to do. I don’t hurt anyone, and I contribute to the family,” but then they don’t want to spend any time with their parents. What kind of family is that? That’s a kind of hell.

The most important questions the human person has to ask are: Do I love God the Father Who loves me? Do I want to be with Him? Jesus died and rose again for us—why? Because He wants to be with us. And He gives us a time limit, to encourage us to choose, because the final kind of presumption is thinking there’s always time later to turn back to God.

• Jesus teaches: “A man had a fig tree planted in his vineyard; and he came looking for fruit on it and found none. So he said to the gardener, ‘See here! For three years I have come looking for fruit on this fig tree, and still I find none. Cut it down! Why should it be wasting the soil?” (13:6-7). Allegorically, the owner can represent God the Father or Jesus Who created us to love and want to see us love, and gives us a fixed time to bear fruit.

o God’s mercy is infinite, but the time to receive it is not. Have you ever had a friend who repeatedly hurts you, apologizes, then does it again? They say they’ll call us, or that they’ll stop lying, but never do. With that, the relationship is over. They can’t keep on taking advantage of our mercy.

• The gardener may represent Jesus, who says, “Sir, let it alone for one more year, until I dig around it and put manure on it. If it bears fruit next year, well and good; but if not, you can cut it down” (13:8-9). Jesus does everything He possibly can to save us, by loving us to the end. He gives us everything we need: His strength and grace. But the time to receive His mercy is while we’re alive. There’s no second chance after the moment of death.

The way out of presumption is repentance, meaning turning to Jesus sincerely. I told you once about a man in our parish who was unfaithful in marriage, and kept on lying, even after being caught. What changed his heart? He found his wife’s diary and realized how much pain he was causing her (https://thejustmeasure.ca/2020/04/12/capacity-to-suffer-capacity-to-love/). When we realize how much pain we’re causing Jesus, that moves us to repentance.

• There’s a story about an Egyptian monk in the 400s who tried to help a woman who was living a very bad sexual life, but was also giving her money to the poor! The monk went to an older monk for advice, and he said, “She will not go on committing fornication, for the fruit of faith is appearing in her” (Douglas Burton-Christie, The Word in the Desert, 164-165). Later the monk hears that she increased the number of her lovers, but also the generosity of her giving! And so he told this to the older monk, who said, “She will not go on committing fornication.” Finally, the woman asked to see the monk, be prayed over, and when she heard the word of God from him, she was filled with compunction, and said, “From this day forward I shall cling to God.”

• What’s great about the story is that the woman didn’t become perfect all of a sudden. She was struggling, but was sincere—how do we know? She was giving money to the poor. That’s why the older monk had such confidence in God, because she was turning to Jesus sincerely.

A: If anything is on our hearts about what we should do, we should try to do it as soon as possible. Obviously, Confession comes to mind, and we should all go during Lent. Let’s also pray to the Holy Spirit for help, so that we don’t delay.

V: In three weeks, on Palm Sunday, we’ll hear in the Passion Narrative about the two criminals who are crucified with Jesus. And this is an Eastern Christian cross (https://image.shutterstock.com/image-vector/isolated-symbol-orthodox-cross-black-260nw-274581059.jpg ). The reason the foot beam is slanted is because one criminal was selfish and kept insulting Jesus, and so it’s reasonable to believe he perished down in hell. Perhaps he was like that his whole life, and never changed. But the other criminal repented, “We indeed have been condemned justly, for we are getting what we deserve for our deeds, but this man has done nothing wrong. Jesus, remember me when you come into your kingdom” (Lk 23:41-42). It must have given Jesus such happiness that the one He loved also loved Him in return. And so Jesus replied, “Truly I tell you, today you will be with me in Paradise” (23:43). So, let’s sincerely turn to Jesus in repentance.