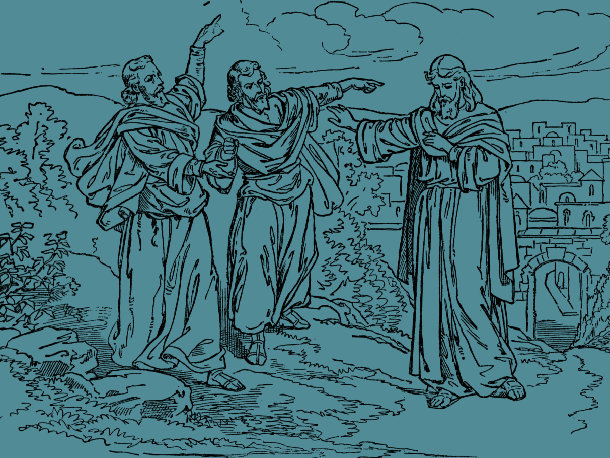 When the days for Jesus to be taken up were fulfilled, he resolutely determined to journey to Jerusalem, and he sent messengers ahead of him. On the way they entered a Samaritan village
to prepare for his reception there, but they would not welcome him because the destination of his journey was Jerusalem. When the disciples James and John saw this they asked, “Lord, do you want us to call down fire from heaven to consume them?” Jesus turned and rebuked them, and they journeyed to another village.
Luke 9:51-56

For holy men who knew well that the death which detaches the soul from the body was not to be feared, still because of the feelings of those who feared it, punished some sins with death, that both the living might be struck with a wholesome dread, and those who were punished with death might receive help not from death itself but from sin, which would be increased were they to live.

But the Lord is not moved against the Samaritans, that He might show that perfect virtue has no feeling of revenge, nor is there any anger where there is fullness of love. For weakness must not be thrust out; but assisted. Let indignation be far from the religious, let the high-souled have no desire of vengeance. Hence it follows, "But he turned and rebuked them, and said, you know not what manner of spirit you are of."

The Lord blames James and John, not for following the example of the holy Prophet Elijah, but for their ignorance in taking vengeance while they were yet inexperienced, perceiving that they did not desire correction from love, but vengeance from hatred. After that He had taught them what it was to love their neighbor as themselves, and the Holy Ghost also had been infused into them, there were not lacking these punishments, though far less frequent than in the Old Testament, because the Son of man came not to destroy men's lives, but to save them. For we must not always punish the offender, since mercy sometimes does more good, leading you to patience, and the sinner to repentance.

Pope reminds Catholics to practice what they preach

The Parable of the Weeds among the Wheat

Pope Francis: Pray for our enemies, ask God to change their hearts