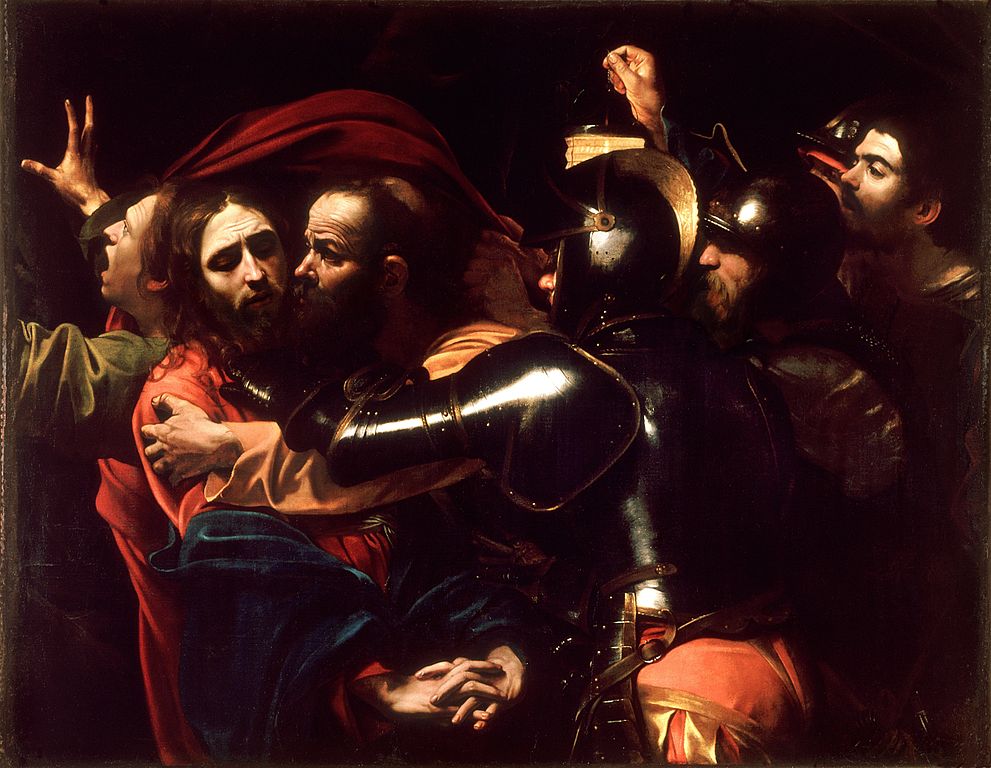 When Jesus had washed the disciples' feet, he said to them: “Amen, amen, I say to you, no slave is greater than his master nor any messenger greater than the one who sent him. If you understand this, blessed are you if you do it. I am not speaking of all of you. I know those whom I have chosen. But so that the Scripture might be fulfilled, The one who ate my food has raised his heel against me. From now on I am telling you before it happens, so that when it happens you may believe that I AM. Amen, amen, I say to you, whoever receives the one I send receives me, and whoever receives me receives the one who sent me.”
John 13:16-20

"He that eats bread with Me has lifted up his heel against Me." This passage in today's Gospel was written that we do not bear malice towards those who injure us; but rebuke them and weep for them. For the subjects of weeping are not those who suffer, but they who do the wrong. Those who do evil do themselves the greatest injury and us the greatest good if we do not avenge ourselves. For example: someone has robbed you; have you given thanks for the injury, and glorified God? By that thanksgiving you have gained ten thousand rewards, just as the thief has gathered for himself fire unspeakable. But you say, "How could I not defend myself against a weaker person who wronged me?" I would say this: that you have put into action the discontent, the impatience, (for these things are in our power,) by praying against him who grieved you, cursing against him, and speaking ill of him to every one. He who has not done these things shall even be rewarded for not defending himself, since it is clear that even if the thief had had the power, he would not have done it.

The injured man uses any weapon that comes to hand, when, lacking faith, he defends himself against one who has injured him, by curses, abuse, and plotting. But if you then pray for him, you have become like God. For it says, "pray for them, that despitefully use you — that you may be like your Father which is in Heaven." (Matt 5:44-45) Do you see how we benefit from the insolence of others? That nothing so delights God as not returning evil for evil? Surely we are asked to return evil with benefits and prayers. Christ repaid Judas who was about to betray Him with everything opposite: He washed his feet, convicted him secretly, rebuked him sparingly, tended him, allowed him to share His table and His kiss, and not even by these actions did Judas change his heart; nevertheless Christ continued doing His own part.

We are all called to be everyday saints, not superheroes

Pope Francis: “Don’t think holiness is for you? The saints can help”

How can we be perfect?

Hallowed be Thy Name

Pope Francis: Pray for our enemies, ask God to change their hearts