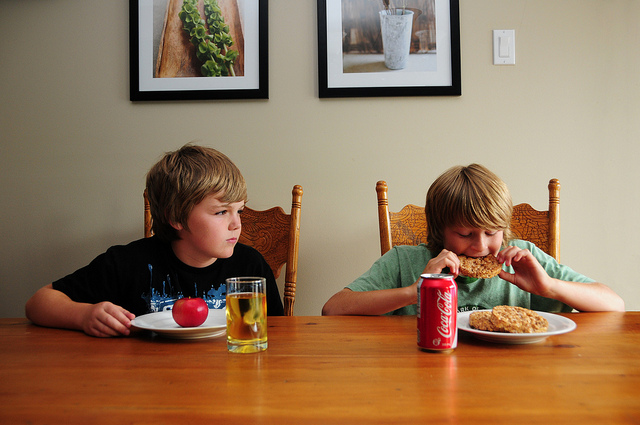 (CNA/EWTN News) In his weekly address for the Wednesday general audience on October 22, Pope Francis offered advice on fighting those tendencies which “dismember” the Body of Christ, such as jealousy and feelings of superiority.

“A jealous heart is a bitter heart, a heart that instead of blood seems to have vinegar, eh! It is a heart that is never happy, it is a heart that disrupts the community,” he told tens of thousands of pilgrims gathered in Saint Peter's Square, according to a Vatican Radio translation.

“When I am jealous, I must say to the Lord: 'Thank you, Lord, for you have given this to that person'.”

Pope Francis stressed the importance of “expressing gratitude for everything,” saying that we are sometimes “held back” from saying “thank you” because of jealousy.

He also warned against feelings of superiority over others. “This is bad, do not do that! When you are tempted to this, remember your sins, those no one knows, shame yourself before God and say, 'You, Lord, you know who is superior, I close my mouth'.”

The Holy Father's general audience address focused largely on how the Church, drawn together by the Holy Spirit, is truly the Body of Christ.

Beginning with St. Paul, the Pope said, the image of the body as “applied to the Church” has become “recognized as its deepest and most beautiful distinguishing feature.” The question we ask ourselves, then is: “in what sense does the Church form a body? And why is called the 'body of Christ'?”

Turning to the Book of Ezekiel, Pope Francis highlighted the unique and “shocking” scene – one which, nonetheless, “instills confidence and hope in our hearts” – in which the prophet has a vision of a field of broken and dried-up bones.

“Imagine: an entire plain full of bones,” he said. “God asks [Ezekiel], then, to invoke the Spirit upon them. At that point, the bones move, they begin to draw closer to each other and join together, nerves begin to grow and then flesh and thus the body is formed, whole and full of life.”

The Holy Father advised the faithful to go home and read this passage from Ezekial 37, explaining: “This is the Church... the masterpiece of the Spirit, which instills in each of us new life of the Risen Christ and places us next to each other, to help and support each other, thus making all us one body, built in the communion and love.”

The Church is not merely a body which has been built by the Spirit, he continued. Rather, “the Church is the Body of Christ!” This is the “great gift” we received in Baptism, for in this Sacrament, “Christ makes us His, welcoming us into the heart of the mystery of the Cross, the supreme mystery of His love for us, to make us rise again with Him as new creatures.”

“Baptism is truly a rebirth,” the Holy Father continued, “which regenerates us in Christ, making us a part of Him, and unites us intimately among each other, as members of the same body, of which He is the head” (cf. Rom 12.5, 1 Cor 12, 12-13).

“What emerges from this, then, is a profound communion of love.”

Recalling the words of St. Paul, in which the Apostle exhorts husbands to 'love their wives as their own bodies,' as 'Christ does the Church', the Pope remarked how good it would be to remember that we are Jesus' body which “nothing and no one can snatch from Him and which he covers with all His passion and all His love, just like a bridegroom with his bride.”

Pope Francis added that this “must give rise in us the desire to respond to the Lord Jesus and share His love among ourselves, as living members of His own body.”

In the time of Paul, the Pope said, the community of Corinth experienced “divisions, jealousies, misunderstandings and marginalization.” Instead of “building and helping the Church to grow as the Body of Christ,” he said, these difficulties “shatter it into many pieces, they dismember it. And this also happens in our day.”

These same divisions which exist in in our own neighborhoods, he said, work to dismember us. “It is the beginning of war. War does not begin on the battlefield: war, wars begin in the heart, with this misunderstanding, division, envy, with this fighting among each other.”

Citing Paul's “practical advice” to the Corinthians, Pope Francis warned against jealousy, calling instead for an appreciation for “the gifts and the quality of our brothers and sisters in our communities.”

He concluded his address by imploring the Holy Spirit to “help us to really live as the Body of Christ, united as a family, but a family that is the body of Christ, and as a beautiful and visible sign of the love of Christ.”

Source: The Pope's advice on how to overcome jealousy and pride