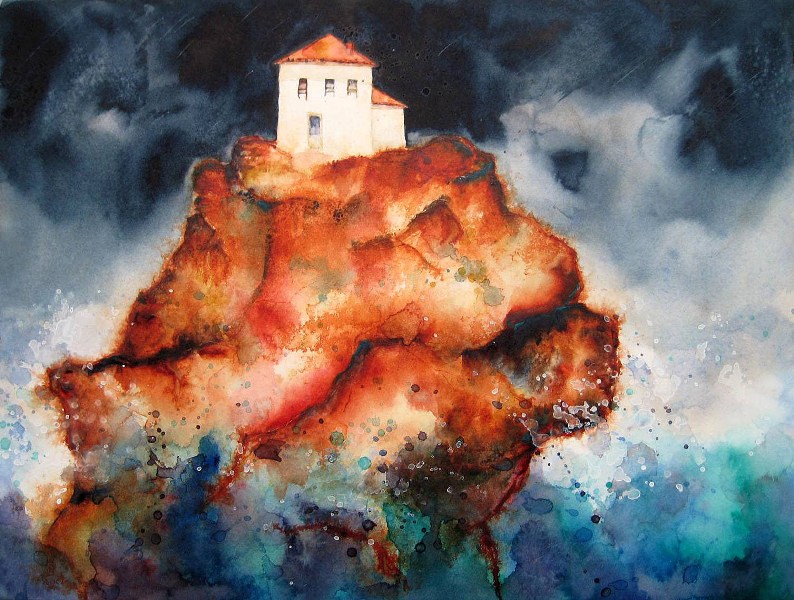 As Jesus had said that those who have the robe of a good life are yet not to be received because of the impiety of their doctrines; so now on the other hand, He forbids us to participate the faith with those who while they are strong in sound doctrine, destroy it with civil works for it is necessary that the servants of God that both their work should be approved by their teaching and their teaching by their works. And therefore He says, 'Not every one that says to me, "Lord, Lord", enters into the kingdom of heaven.' For Scripture uses to take words for deeds; according to which Apostle Paul declares, "They make confession that they know God, but in works deny him". (Titus 1:16)

By this sentence it is given to us to learn, that among men Charity and humility, and not mighty works, are to be esteemed. Whence also now the Holy Church, if there be any miracles of heretics, despises them, because she knows that they have not the mark of holiness. And the proof of holiness is not to work miracles, but to love our neighbor as ourselves, to think truly of God, and of our neighbor better than of ourselves. Because there would be some who would admire the things that were said by the Lord, but fail to put the teaching into action, He threatens them before, saying, 'Every man that hears these words of mine, and does them, shall be likened to a wise man.'

Rain, when it is put to denote any evil, is understood as the darkness of superstition; rumors of men are compared to winds; the flood signifies the lust of the flesh, as it were flowing over the land, and because what is brought on by prosperity is broken off by adversity. None of these things does he fear who has his house founded upon a rock, that is, who not only hears the command of the Lord, but who also does it. And in all these He submits himself to danger, who hears and does not. For no man confirms in himself what the Lord commands, or himself hears, but by doing it. But it should He noted, that when He said, He that hears these words of mine, He shows plainly enough that this sermon is made complete by all those precepts by which the Christian life is formed, so that with good reason they that desire to live according to them, may be compared to one that builds on a rock.

Such however was the power wherewith He taught them, that it drew many of them to Him, and caused them to wonder; and for their delight in those things which were spoken they did not leave Him even when He had done speaking; but followed Him as He came down from the mount. They were mostly astonished at His power, in that He spoke not referring to any other as the Prophets and Moses had spoken, but everywhere showing that He Himself had authority; for in delivering each law, He prefaced it with, 'But I say to you.'