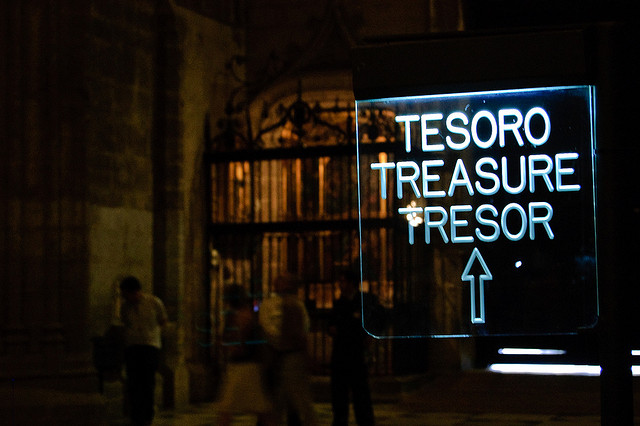 (CNA/EWTN News) On Sunday July 27 Pope Francis stressed the priceless value of encountering Jesus, noting that Jesus' parables speak of those who are willing to trade everything for the Kingdom of God.

“He who knows Jesus, who encounters him personally, remains fascinated and attracted by so much kindness, so much truth, so much beauty, and everything in great humility and simplicity,” the Pope said.

“Look for Jesus, meet Jesus: this is the great treasure!” the Pope exhorted.

He said these parables show that the discovery of the Kingdom of God can come “suddenly,” as when the farmer discovers unexpected treasure in a field and sells everything to buy it. The Kingdom of God can also come “after a long search,” like the case of the merchant who sought a precious pearl.

Pope Francis stressed the primary lesson of both parables: the farmer and the merchant “give up everything else” to buy what they have found.

“They do not need to reason, to think, to reflect: they realize immediately the incomparable value of what they have found, and are willing to lose everything to have it.”

“So it is with the Kingdom of God,” the Pope explained. “He who finds it has no doubts. He feels that this is what he was searching for, what he was looking for, and what responds to his most authentic aspirations.”

The Pope reflected on how many saints were converted because they were so affected by Jesus. He noted that St. Francis of Assisi was a lukewarm Christian but when he encountered Jesus in a “decisive moment,” he found the Kingdom of God “and then all his dreams of earthly glory vanished.”

When someone is “born again,” he explained, “you have found something that makes sense, that gives flavor, that gives light to all, even to hardships, even to suffering, even to death.”

The Pope repeated his previous encouragements to read the Gospels and asked everyone to carry a small book of the Gospels in their pocket or purse.

“Everything makes sense when there, in the Gospel, you can find this treasure, which Jesus called ‘the kingdom of God,' that God who reigns in your life, in our lives,” Pope Francis said.

“To read the Gospel is to find Jesus and to have this Christian joy, which is a gift of the Holy Spirit.”

“Dear brothers and sisters, the joy of having found the treasure of the Kingdom of God shines, you see,” he continued. “The Christian cannot conceal his faith, because it shines through in every word, every gesture, even in the most simple, everyday: it shines, the love that God has given us through Jesus.”

On Sunday Pope Francis also renewed his calls for peace in the world.

After the Angelus, the Pope noted the July 28 anniversary of the start of World War I.

“This conflict, which Benedict XV called a ‘senseless slaughter,' resulted, after four long years, in a most fragile peace,” he said.

“Tomorrow will be a day of mourning for this tragedy,” said Pope Francis, who lamented the millions killed and the “immense destruction” in the war.

“As we remember this tragic event, I hope that the mistakes of the past will not be repeated,” he said.

He urged everyone to learn from a history that is “increasingly dominated by the demands of peace through patient and courageous dialogue.”

“I ask that you continue to join me in prayer that the Lord may grant the people and authorities of those areas the wisdom and strength needed to push ahead on the path of peace by addressing each dispute with the tenacity of dialogue and negotiation with the power of reconciliation,” he said.

The Pope especially lamented war's effects on children: those killed, wounded, and maimed; the orphaned; those who have lost “hope for a decent life”; and children who “do not know how to smile.”

“Stop, please!” he said to those involved in violent conflict. “I ask you with all my heart.”