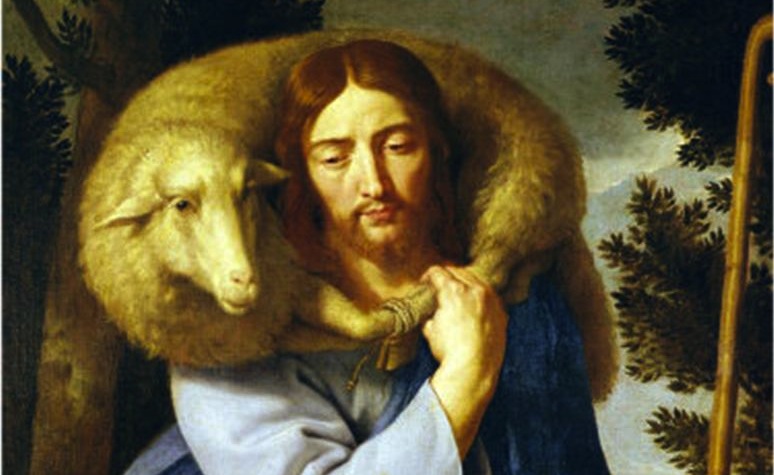 The tax collectors and sinners were all drawing near to listen to Jesus, but the Pharisees and scribes began to complain, saying, “This man welcomes sinners and eats with them.” So Jesus addressed this parable to them. “What man among you having a hundred sheep and losing one of them would not leave the ninety-nine in the desert and go after the lost one until he finds it? And when he does find it, he sets it on his shoulders with great joy and, upon his arrival home, he calls together his friends and neighbors and says to them, ‘Rejoice with me because I have found my lost sheep.' I tell you, in just the same way there will be more joy in heaven over one sinner who repents than over ninety-nine righteous people who have no need of repentance.

“Or what woman having ten coins and losing one would not light a lamp and sweep the house, searching carefully until she finds it? And when she does find it, she calls together her friends and neighbors and says to them, ‘Rejoice with me because I have found the coin that I lost.' In just the same way, I tell you, there will be rejoicing among the angels of God over one sinner who repents.”
Luke 15:1-10

True justice feels compassion, false justice feels scorn. Although the just rightly repel sinners, one act is followed by the swelling of pride, while the other from the zeal for discipline. For the just, though on the surface they do not spare rebukes for the sake of discipline, they do it out of charity within. In their own minds they keep those whom they correct under control by discipline, and themselves under control by humility. But they who act out of false justice take pride in themselves, despise all others, and never in mercy condescend to the weak; and thinking themselves not to be sinners, are sinners so much worse. Of such were the Pharisees, who condemning our Lord because He received sinners, with parched hearts reviled the very fountain of mercy. But because they were so sick that they did not realize their sickness, the heavenly Physician answers them with mild applications. He gave a comparison which man might recognize in himself; though it referred to the Creator of men.

Jesus Himself had a hundred sheep, seeing that He possessed the nature of the holy angels and men. One sheep then left the pastures of life when man perished by sinning. But in the wilderness the ninety-nine remained, because the number of the intelligent creatures, that is Angels and men who were formed to see God, was lessened when man perished; and so it follows, "Does he not leave the ninety-nine in the wilderness," because in truth he left the companies of the Angels in heaven. And that the whole body of the sheep might be perfectly made up again in heaven, the lost man was sought for on earth.

But Jesus tells us that there is more joy in heaven over the converted sinner, than over the just who remain steadfast; for most of the latter, not feeling themselves oppressed by the weight of their sins, stand indeed in the way of righteousness, but still do not anxiously sigh after the heavenly country, frequently being slow to perform good works, confident in themselves that they have committed no grievous sins. But, on the other hand, sometimes those who remember certain iniquities that they have committed, from their very grief grow inflamed towards the love of God; and because they consider they have wandered from God, make up for their former losses by the succeeding gains. Greater then is the joy in heaven, just as the leader in battle loves that soldier more who having returned from running away, bravely pursues the enemy, than one who never turned his back and never did a brave act. But we must be aware that there are many just men in whose life there is so much joy, that no penitence of sinners however great can in any way be preferred to them. From there we may guess what great joy it gives God when the just man humbly mourns, if it produces joy in heaven when the unrighteous by his repentance condemns the evil that he has done.

Pope Francis: No distance can keep the shepherd away