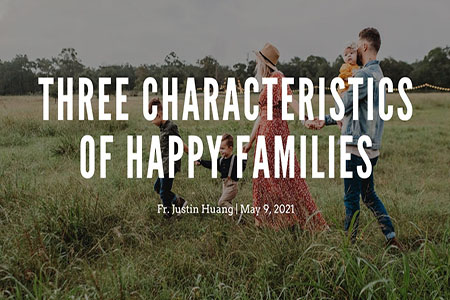 Acts 10:25-26, 34-35, 44-48
When Peter entered, Cornelius met him and, falling at his feet, paid him homage. Peter, however, raised him up, saying, "Get up. I myself am also a human being." Then Peter proceeded to speak and said, "In truth, I see that God shows no partiality. Rather, in every nation whoever fears him and acts uprightly is acceptable to him." While Peter was still speaking these things, the Holy Spirit fell upon all who were listening to the word. The circumcised believers who had accompanied Peter were astounded that the gift of the Holy Spirit should have been poured out on the Gentiles also, for they could hear them speaking in tongues and glorifying God. Then Peter responded, "Can anyone withhold the water for baptizing these people, who have received the Holy Spirit even as we have?" He ordered them to be baptized in the name of Jesus Christ.

1 John 4:7-10
Beloved, let us love one another, because love is of God; everyone who loves is begotten by God and knows God. Whoever is without love does not know God, for God is love. In this way the love of God was revealed to us: God sent his only Son into the world so that we might have life through him. In this is love: not that we have loved God, but that he loved us and sent his Son as expiation for our sins.

John 15:9-17
Jesus said to his disciples: "As the Father loves me, so I also love you. Remain in my love. If you keep my commandments, you will remain in my love, just as I have kept my Father's commandments and remain in his love. "I have told you this so that my joy may be in you and your joy might be complete. This is my commandment: love one another as I love you. No one has greater love than this, to lay down one's life for one's friends. You are my friends if you do what I command you. I no longer call you slaves, because a slave does not know what his master is doing. I have called you friends, because I have told you everything I have heard from my Father. It was not you who chose me, but I who chose you and appointed you to go and bear fruit that will remain, so that whatever you ask the Father in my name he may give you. This I command you: love one another."

I once visited a friend of mine who has five children.  When I entered the home (and they weren’t expecting a visit), I was amazed at how happy everyone was: the children were all doing their homework or reading, and they looked so content.  The house was quiet, orderly, and beautiful.  (A part of me wishes I had grown up like that.)  I remembered that phrase, “All happy families are alike.”  Then I thought about other happy families I know.  I recalled one family from Port Coquitlam where the husband and wife pray together, they love being with their two sons, and their sons love being with them.

I started to see similarities: The parents in these families work hard on their marriage.  They focus on the character of their children.  They give protection, affection, and direction, and don’t give their children everything they want.

When praying over today’s Gospel, I was reminded that St. John Paul II said the Trinity is a family.  So all happy families are like the Trinity.  And there are three characteristics of God’s family that Jesus wants us to imitate: 1) that we obey His commandments; 2) love each other as He loves us; 3) lay down our lives for each other.

1) Jesus says, “As the Father has loved me, so I have loved you; abide in my love.  If you keep my commandments, you will abide in my love, just as I have kept my Father’s commandments and abide in His love” (Jn 15:9-10).  Look at the first statement: Jesus loves us as the Father loves Him.  The Father loves Jesus perfectly and gives Him everything—that’s how Jesus loves us.  But we can distance ourselves from this love the way we distance ourselves from our parents’ love.  We can push away people who love us, for example, when we’re angry, selfish, proud.  So, Jesus tells us to abide in His love by keeping His commandments.  If we do what He commands, for example, in terms of the Eucharist, forgiveness, sexuality, etc., we’ll abide in His love.

2) “I have said these things to you so that my joy may be in you, and that your joy may be complete.  This is my commandment, that you love one another as I have loved you” (Jn 15:11-13).  Many times I’ve given people in Confession this penance: Go home and act like Jesus: Try to make other people happy. Help them, think about their needs.  You might say, “But, Father, that feels awkward.”  Yes!  I want you to act out of character, not like yourself, but like Jesus!  That’s why God’s family is joyful, because all three Persons think about each other.

3) “No one has greater love than this, to lay down one’s life for one’s friends” (Jn 15:13).  All happy families make great sacrifices: husbands will make great sacrifices for their wives, wives for their husbands, they for their children, and then, children for their siblings, and, in an appropriate way, for their parents.  Jesus lays down His life for us.  Analogously, we could say that God the Father’s heart was broken when His Son died for us; and similarly, we could say that the Holy Spirit also consented to Jesus’ sacrifice.  How much sacrifice happens in our families?  By whom, and for whom?  A little book on the saints once said this: “What made them saints?  They were agreeable when they wanted to be disagreeable, they were silent when they wanted to talk, they loved when it was difficult to love, they were kind when it was difficult to be kind, and they smiled when they wanted to be sad.  It was that simple, and always will be.”  To lay down our lives means not to give in to our sinful tendencies, but to let them die.  It also means speaking up when we’re afraid; telling our family what Jesus’ commandments are; doing what most families don’t do, that is, being countercultural.

So, how do we love more like this?  We’re going to focus on self-knowledge this week because that’s the theme of our Consecration to Jesus through St. Joseph.  St. Bernard said that knowledge of self and of God are both necessary for salvation: “You cannot be saved if you lack either of them.  If you lack self-knowledge you will possess neither fear of God nor humility” (Ralph Martin, The Fulfillment of All Desire, 188).

Awhile back I read a famous Catholic novel called Brideshead Revisited, about a dysfunctional family, and one scene struck me as so human.  Two characters, Charles and Julia, met when he was in his early twenties and she was a teenager.  Years pass by, they both married someone else, but then met again on a cruise.  They were both unhappily married and so start an affair.  They spend more and more time together on the boat, and then kiss, and then Charles plans his next move.  One night, when Julia goes back to her room, he follows her to the door but she stops him.  “No, Charles, not yet.  Perhaps never.  I don’t know if I want love.”  He says, “Love?  I’m not asking for love.”  “Oh yes, Charles, you are.”  She puts her hand on his cheek and then closes the door.  That’s a great insight into human nature!  Charles needs love!  Julia can see it, but he can’t.

There’s a famous Evangelical leader named Carey Nieuwhof whose writings have sometimes revealed things about me that I didn’t know.  One of them is my perception of rejection.  I realized that when I would talk to many of you after a Mass and people weren’t interested in talking, I would interpret that as rejection; when I’d invite people to an event and you’d decline, I felt you were rejecting me.  Afterwards, I would secretly feel let down and overthink this.  However, once I realized that I was subconsciously relying too much on people’s responses for my satisfaction I felt freedom!  I started thinking: “Why does it bother me so much?  I’m actually relying on people’s responses for more happiness.”  Now it doesn’t bother me… as much.  (I’m still a work in progress.)

St. Augustine, in his Confessions, the first-ever autobiography, spent many pages analyzing why, when he was a teenager, he stole fruit from a pear tree with his friends.  Many readers wonder why he wrote so much about this incident.  Here’s why: He was trying to understand human nature better.  He and his friends didn’t steal the fruit because they were hungry; they did it just to destroy the tree.  There were even better pears in his own garden!  He also realized that he stole because his friends dared him; he wouldn’t have done it had he been alone!  “The incident… was consequential because [it] showed him that something was out of balance within the deep impulses of human nature…  He saw an example of sin being committed simply for the sake of doing evil”.  And this became the background for his experience of God’s grace.  He understood that he was so wounded that he needed God’s help to love.

Someone once asked me how we know if we have self-knowledge.  My answer is that people who have self-knowledge generally know why they act in a certain way, while others, if they were asked, wouldn’t be able to explain why, I suppose, because they do most things without reflection.  When we have self-knowledge, we also know our deepest needs, why things hurt us, and why certain things give us joy.  If you’re doing the consecration, answer all the reflection questions this week!  Every question answered will give us more self-knowledge.

God’s grace is available!  We have an opportunity this week to understand our identity, family wounds, desires for happiness, and how we love or don’t love!

Grace is present in every example I mentioned.  That family of five relies heavily on prayer and the sacraments.  That father of two sons always aimed for order in his house, family, and schedule, because he said, “God is a God of order.”  Wow!  If you like reading novels, read Brideshead Revisited!  The family in the novel, the Flytes, are so dysfunctional, but there’s such a strong sense that God is always with them and drawing them to Himself.