The Son of Man is Lord of the sabbath 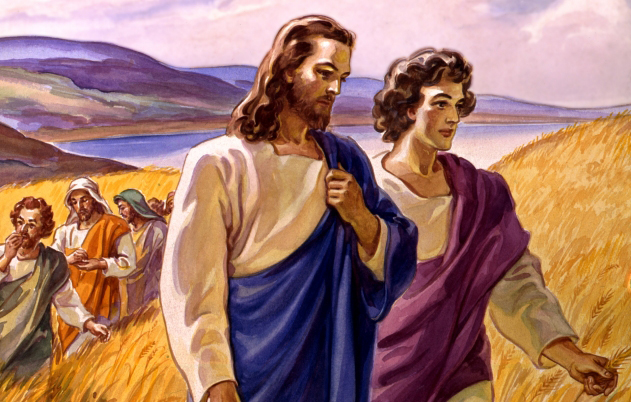 Observe, that the first Apostles of the Savior broke the letter of the sabbath. Then it proceeds to their excuse; "But he said to them, Have you not read what David did, when he was hungry?" To refute the false accusation of the Pharisees, Jesus calls to mind the ancient history (1 Sam 21:1-6), that David fleeing from Saul came to Nobba, and being entertained by Achimelech the Priest, asked for food; he having no common bread, gave him the consecrated loaves, which it was not lawful for any to eat, but the Priests only and Levites; esteeming it a better action to deliver men from the danger of famine than to offer sacrifice to God; for the preservation of man is a sacrifice acceptable to God. Thus then the Lord meets their objection, saying, If David is a holy man, and if you do not blame the high-priest Achimelech, but consider their (David) excuse for their transgression of the Law to be valid, and that was hunger; how do you not approve in the Apostles the same plea which you approve in others?

But this is not enough, Jesus takes this further by saying that they are blameless. But see how great things He brings in; first, the place, in the Temple; secondly, the time, on the sabbath; the setting aside of the Law, in the word profane, not merely break; and that they are not only free from punishment but from blame; and are blameless. And this second instance is not like the first which Jesus gave respecting David; for that was done but once, by David who was not a Priest, and was a case of necessity; but this second is done every sabbath, and by the Priests, and according to the Law. So that not only by indulgence, as the first case would establish, but by the strict law the disciples are to be held blameless. But are the disciples Priests? Yes, they are yet greater than Priests, for as long as Jesus was there who is the Lord of the Temple, who is the reality and not a prophetic symbol; and therefore it is added, "But I say to you, one greater than the Temple is here."